Also wins for Claudy and Draperstown 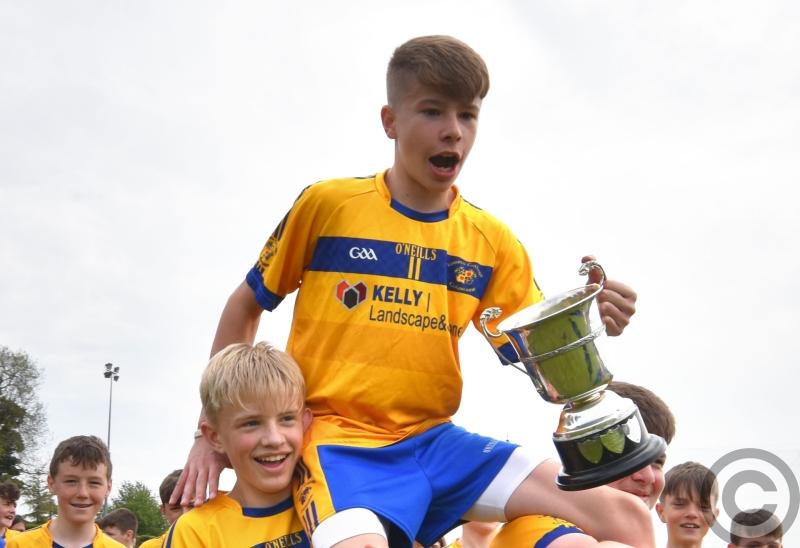 Three goals from Dungiven's Joe Dillon helped Loreto qualify for the final of the Sciath Loch an Iúir final after an open end-to-end game of attacking football in their semi-final with Our Lady’s and St Patrick’s Knock.

Last season, this Loreto group were operating at 'C' level and won the infamous 10-19 to 13-8 win over Rathmore in Belllaghy.

They moved up to the Loch An Iúir, Grade 'B', but didn't qualify for the knock-out stages are now step away from winning the 'shield'.

Knock got off to the better start and were four points up, thanks to an early goal from Oran Donaldson, when Loreto were awarded their first penalty. Dillon stepped up to confidently score and Coleraine forged ahead from that point.

Matthew Smith scored a second goal for Loreto and then Dillon nailed his second penalty. However Knock hit back with goals from Donaldson and Dara Cunnigham although Niall Clyde scored one for Coleraine in between.

Dillon brought his first half tally to 3-1 with a third goal just before half time and Loreto were 5-4 to 3-4 ahead at the turn around.

Donaldson and James Blaney hit Knock points on the re-start but Coleraine were able to keep a gap of a goal plus between the sides until Donaldson completed his hat-trick and Luke Doran also found the net to tie the teams on 5-10 each with ten minutes to play.

However Eddie Kilmartin and Niall McLoughlin responded with excellent points and Matthew Smith to shoot to the Knock net for the decisive score.

On this showing, Conor McGarry, Smith and Joe Dillon from Coleraine and Donaldson, Doran and Oisin McGurk from Knock are all names to watch out for in the future.

Loreto play the winners of Tuesday's other semi-final between St Paul’s Bessbrook and St Louis Ballymena. It took extra time, but their 2-16 to 1-15 win takes them to a quarter-final meeting with St Aidan's Cootehil.

St Patrick's Dungiven bowed out of the same competition when they went down to St Clare's Ballyjamesduff in their quarter-final on Monday in Drumquin.

The sides were level (2-18 to 4-12) after extra-time before the Cavan side won after penalty kicks.

St Columb's Derry face St Ciaran's Ballygawley in the other semi-final on Tuesday (12.30) in Loup.