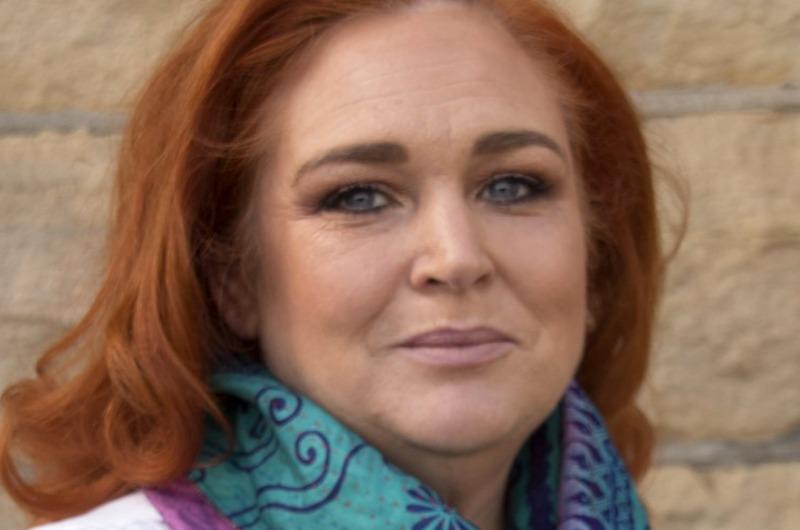 Liam Tunney: Why did you get into politics in the first place?

Ashleen Schenning: In 1984 I was in P7 and we went on a school trip to London. I was lucky enough to be in Mo Hume's class, and John [Hume] organised a trip to Parliament buildings for us.

That was the beginning of being fascinated by what was going on from a very young age. I was later a member of the Bogside branch in, the founding branch of the SDLP, and was an activist for years.

The party approached me and asked me to run, and I thought it was going to be more of an extension to what I was doing on a daily basis, because I was very proactive in the community.

LT: You've been in post since 2019. What has been your biggest achievement?

AS: Everything I do is a big thing, no matter how small it seems. Getting Margaret's bins collected from her back yard because she can't breathe very well is a big achievement.

If anything big is achieved, that's as a result of team work, whether it's the SDLP team or as a working group.

LT: What is the biggest challenge you have faced?

AS: The biggest challenge for me is being in the chamber and combating the feeling of wanting to walk out or close down the laptop. Party politics doesn't play a role for me.

I'm in the SDLP and I have my passions, but I don't understand if someone from the perceived green side brings a proposal, it's put down by the other side, and visa versa.

The mindset seems to be if you want it, then obviously we don't. It doesn't matter that it's going to benefit the entire community.

LT: Have the relationships got worse since the beginning?

AS: I think if we'd done this interview two weeks ago, the answer could have been different. There's a lack of respect, misogyny and it feels quite toxic at times.

Often, conversations go on for no apparent reason other than for you to hear it and it go in the paper. I'm not rushing out of the chamber to get a press release ready though.

I'm on the ground doing work with my constituents and I would be doing it whether or not I was an elected representative. 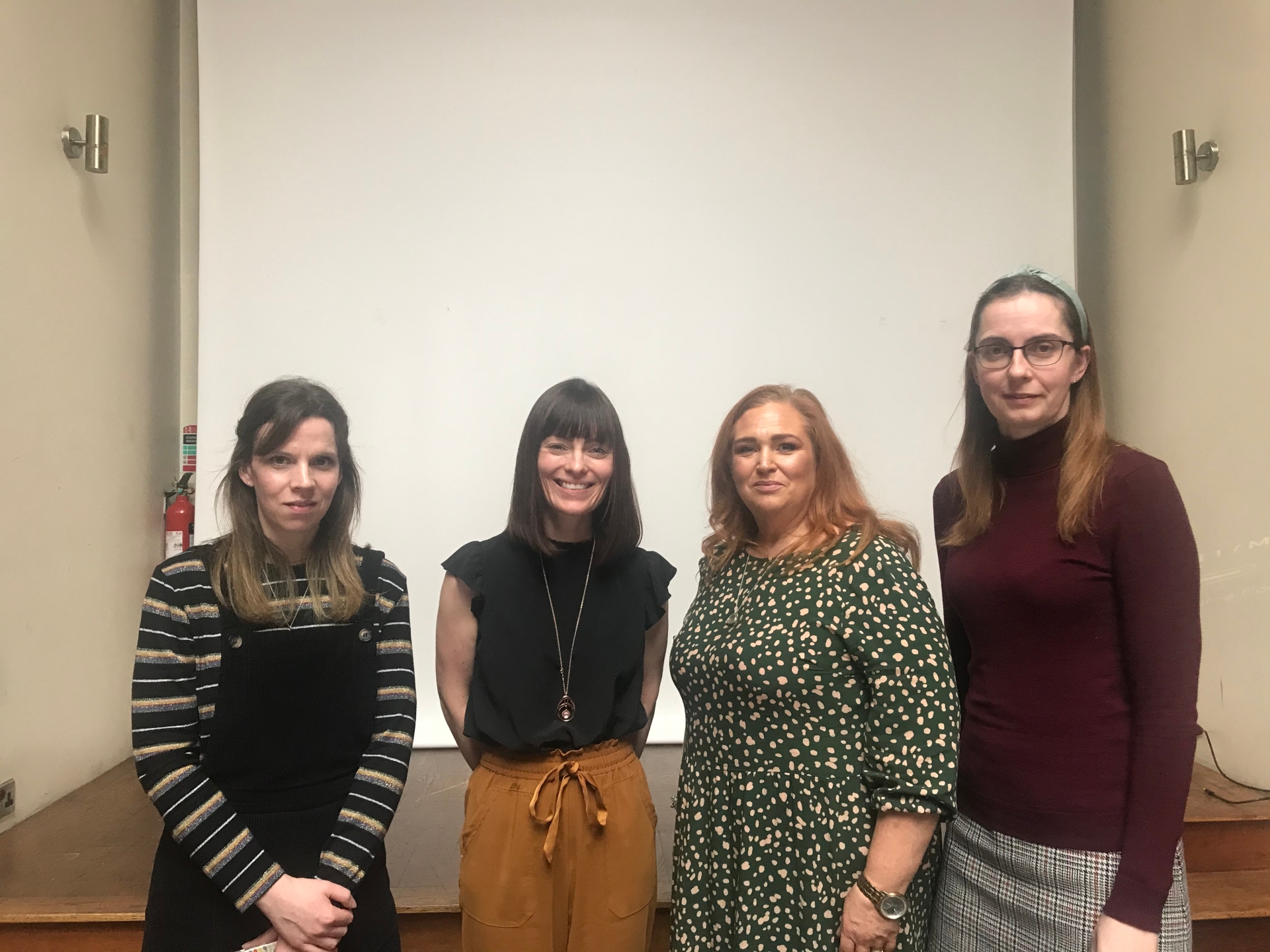 LT: Some councillors have criticised the SDLP for bringing motions they say are not relevant to council business. How important are these motions?

AS: It was a disgrace that a child poverty motion was rejected.

We have motions coming all the time from other parties, and from ourselves, that were about writing letters to ministers and there was no issue.

I was just shocked that night. It was nasty too and there was no need for it at all, but we are four strong women, we stand up and keep going. We brought another motion the next week and it flew through.

LT: You are rooted in the community through your work. Has that clashed with or complemented your role as a councillor?

AS: When I first stood, that had to be a board decision, because we [Limavady Community Development Initiative] are a shared space.

There is quite a lot of overlap. There are days I'm attending meetings and I have to think which cap I have on, but generally daytime meetings are LCDI meetings.

If I get a phone call during the day, I have to say I'm at work and I'll phone them after five. There is a lot of juggling.

It has become easier, second nature almost. I'll hopefully always have my job, but I may not always be a councillor, so I have to be mindful of that.

LT: In Limavady a few months ago there were some signs of tension – the attack on St Mary's, leaflets being distributed – is there a tension there, particularly in light of recent events in Derry and Belfast?

AS: I have brought issues about people feeling unsafe to the PCSP on two occasions now, particualrly older people.

Drug dealing is almost a given now, but for older people, they see these things happening on street corners and they are afraid to open their doors past a certain time of night.

There is just an overhanging dread in relation to safety within their communities. That feeling has come to the Town Team [a cohort of residents in Limavady] recently and we'll be trying to work with the PSNI and community groups to instil a feeling of safety within the community. 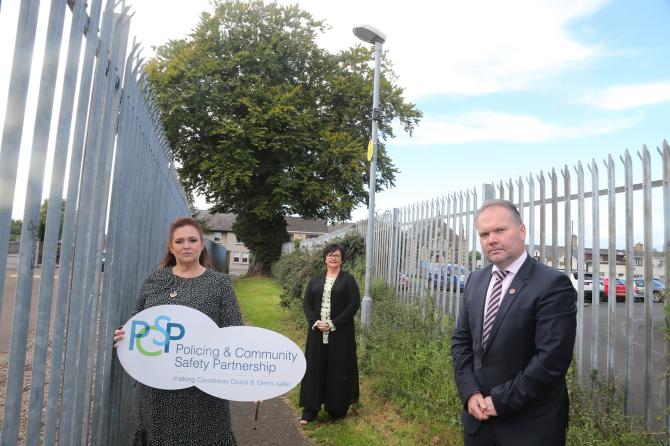 LT: You are involved in various community groups, could you tell us about some of them?

AS: One group I am involved with is called REACH (Roe Valley Equal Ability Community Hub), which is out adults with learning disabilities.

If you ever want to brighten up your Friday night, this is the way to do it. When we come off that meeting, your jaw is sore from smiling.

The reason it came about is because we in LCDI had a lot of adults with disabilities and we wanted to provide something for them to do on Friday nights.

We haven't much funding, but we are lobbying so you are going to hear a lot more from them.

LT: Then as a final question, is there anything you want to see completed in the remainder of this council term?

AS: Limavady-wise, I can't not talk about the play park. I was part of the consultation before being a councillor and I'm so glad it's going where it is.

We are breaking sod and getting there, so it will be fantastic to see the completion of the play park that is so, so needed.

Some of the guys that come to our club were youngsters when this all began four or five years ago, but they will still be able to make use of it.

There is so much growth that can come from it.