Looking for a glimmer 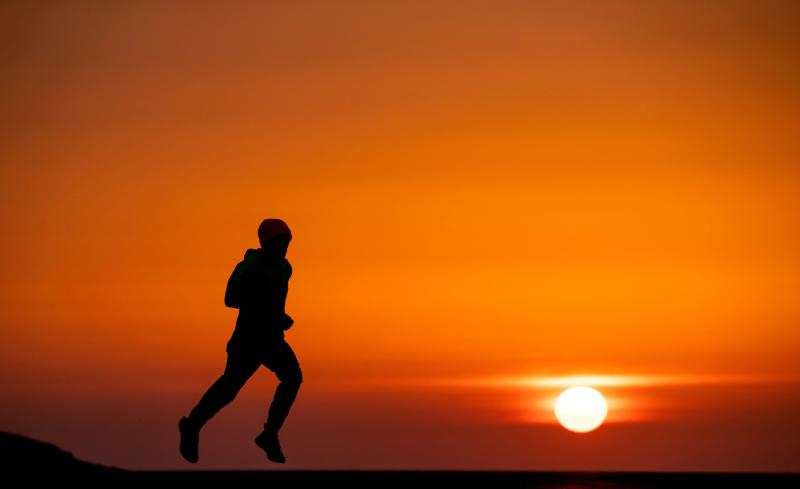 Dr Noel Brick, a lecturer in Sport and Exercise Psychology, is an endurance runner and has been working with Slaughtneil hurlers in recent seasons. He tells Michael McMullan of the need to set a different set of goals and how children's sport could flourish after lockdown.

Dr Noel Brick knows a thing or two about going the distance. The Kerry native is an experienced long-distance runner.

Of over 30 marathons and ultra-marathons he has competed in, the gruelling six-day Marathon des Sables – 150 miles across the Sahara Desert – jumps off his list of achievements.

As the days tick towards the one year anniversary of Covid-19 turning our world upside down, planet Earth is enduring its own endurance race, against constant flow of hardship that has reached into every crevice of society.

The sporting calendar has also had its handbrake yanked. We can look on from the outside as professional and semi-professional sporting stars carry on in front of almost empty stadiums. For the rest, it is a vacuum. Days, weeks and months of nothing.

Brick, who now lives in Ballycastle, is well-placed to talk about the mental impact of athletes not being able to do what they crave – compete.

He is a lecturer at the Coleraine campus of Ulster University, holds PhD from University of Limerick and a Masters from Staffordshire University. 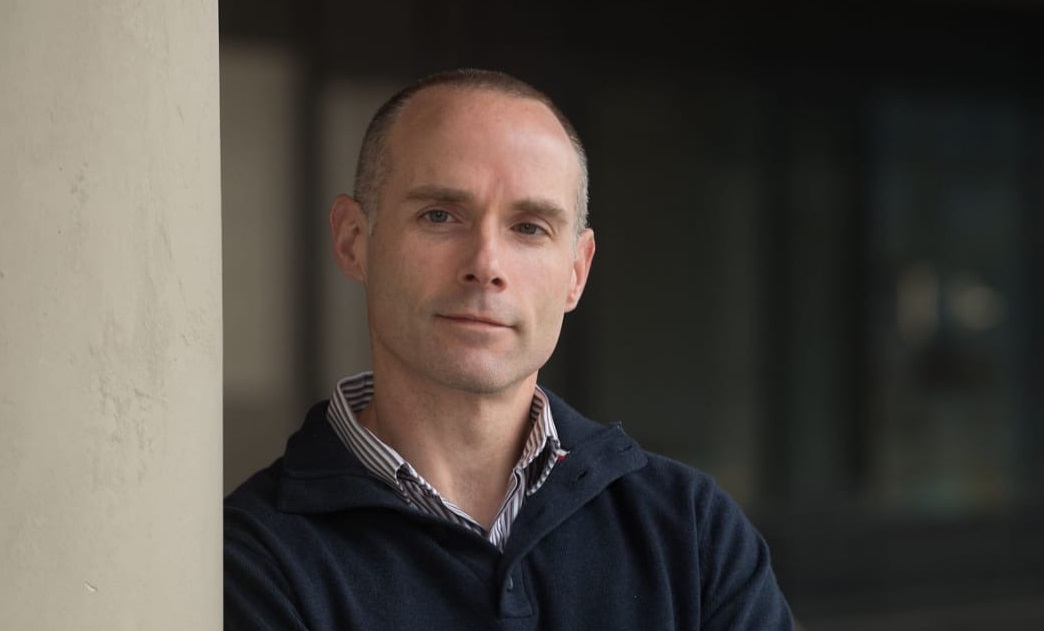 Under Damian McErlain, Brick worked with the Derry senior football team in the 2019 season, before joining up with Slaughtneil senior hurling manager Michael McShane at Emmet Park as their performance levels began to soar even higher.

“I'd be involved in a few other hurling and Gaelic football teams, as well as runners, cyclists and endurance athletes,” points out Brick, who once managed his own fitness testing business.

St Patrick's Maghera and St Pius Magherafelt reached school finals they never got to play in and the titles were later shared. Every local sporting club and leisure centre had their doors closed. Limavady rugby club were about to embark on a season to go one better than their narrow miss on promotion in 2019. They never got the chance.

When the trap door opened, the inter-county and club GAA seasons were shoehorned into the tightest of schedules, before another lockdown left inter-county minor teams in limbo for the second time, after one round was completed.

“A lot of people are finding this lockdown much harder than the last time and even during the summer,” Brick points out.

'We've been in this for so long now' is the message resonating with much of society. Special schools are open, as well as those catering for children of key workers and vulnerable children.

Everyone else has drifted into an online world of SeeSaw and remote learning, while parents who can work from home are battling for desk-space and internet bandwidth.

Brick spoke of the 'fatigue and drain' that lingers in our lives.

“This is just my opinion,” he offers, “There is a loss of hope even with the vaccine coming out, it has been going on for so long. There are a lot of people really struggling.”

The same can be said for the athletes and teams he is involved with. The intricacies of sport psychology is tuning the mind to hit the high notes when the pressure is on. Offering a professional set of eyes and ears, away from a coach or manager's focus on tactics and team selections.

“What I am finding is, without going into the specifics, is that a lot of people are thinking about the uncertainty of 'will we have a season',” Brick reveals.

“We can't see past where we are at the minute and hope for the future, in terms of having a sporting season or what that might look like, is a struggle for people at the minute.”

Hovering in limbo, athletes question the need to ramp up training levels. Without a ball being thrown in or a race starters' run, they question their purpose.

“The work I am trying to do at the minute is about changing the focus about what we are doing right now and without thinking too much about what the season might bring,” Brick explains. “We don't really know and we can't control what the year ahead might bring.”

As we rest in the uncertainty of 'wave three', Brick refers to the first lockdown and the 'hero type' response. It was about battening down the hatches and offering a helping hand. Sporting clubs weren't found wanting and were a seamless support network for delivering groceries and running various errands.

We have been going through this for so long. This is now wave three, the first time there was a bit of a hero type response. We all battened down the hatches and we all did this, that and the other.

“We are well past that now were it becomes a bit of a struggle,” Brick adds.

In the sporting world, within any team environment or the mind of an individual athlete, training and goal-setting go hand in hand.

For Brick, that is the difficulty sportspeople are now facing. When do they need to be at their peak? When does a training block need to taper off to allow a freshness in the build-up to d-day?

“In previous years, you had certainty that your league would start in April,” said Brick, using the club championship schedule as an example.

“You' be certain the championship would start in the summer and would work back, because you knew what you were preparing for.”“Now, with the uncertainty, it becomes a case of 'what am I training for' and if you are uncertain of what you are training for, your motivation and drive to train is equally affected.”

A term Noel refers to during our conversation is 'reflect' and it forms the core of how athletes – in a two-fold way – can change their focus.

Firstly, after taking a look at why an athlete values being active, it is important to look away from the actual competition which is no longer within reach. Instead, stripping that all away to leave the importance of personal health and using this as a new found motivation.

“The second part to deal with the uncertainty,” Brick says, of not knowing when competition rolls around again.

An athlete can control going out for a run or doing an individual session, both of which can feed into the longer term. Bringing the focus back to the 'here and now' manages the uncertainty lingering on the outskirts, in the overall bigger picture.

Someone coming back from injury could be working in a rehabilitation phase, or a player could be addressing a weakness in one of their skill components.

“What you are doing is bringing the attention back to the next week, the next four weeks, the next eight weeks,” Brick adds.

“You have a much smaller window that you are working within a much more controllable set of actions and thoughts that you can reflect on rather than the uncertainty, which is a big killer of motivation is not knowing what you are training for.”

Another negative from lockdown has been the slump in levels of physical activity among children. While 150 minutes per week is the recommended length of exercise for an adult, a child needs 60 minutes every day.

Results from a Sport England study outlined that 47 percent of U16s were meeting that target before the sporting calendar was paused, a number that dropped to 19 percent since.

“The benefits of physical activity were not just physical health, but for mental health as well,” Brick explains, before outlining 'interesting positives' coming out of research with kids.

It's a case of absence making the heart grow fonder. When we get the green light to return, kids and parents will have a greater desire to get involved in sport. 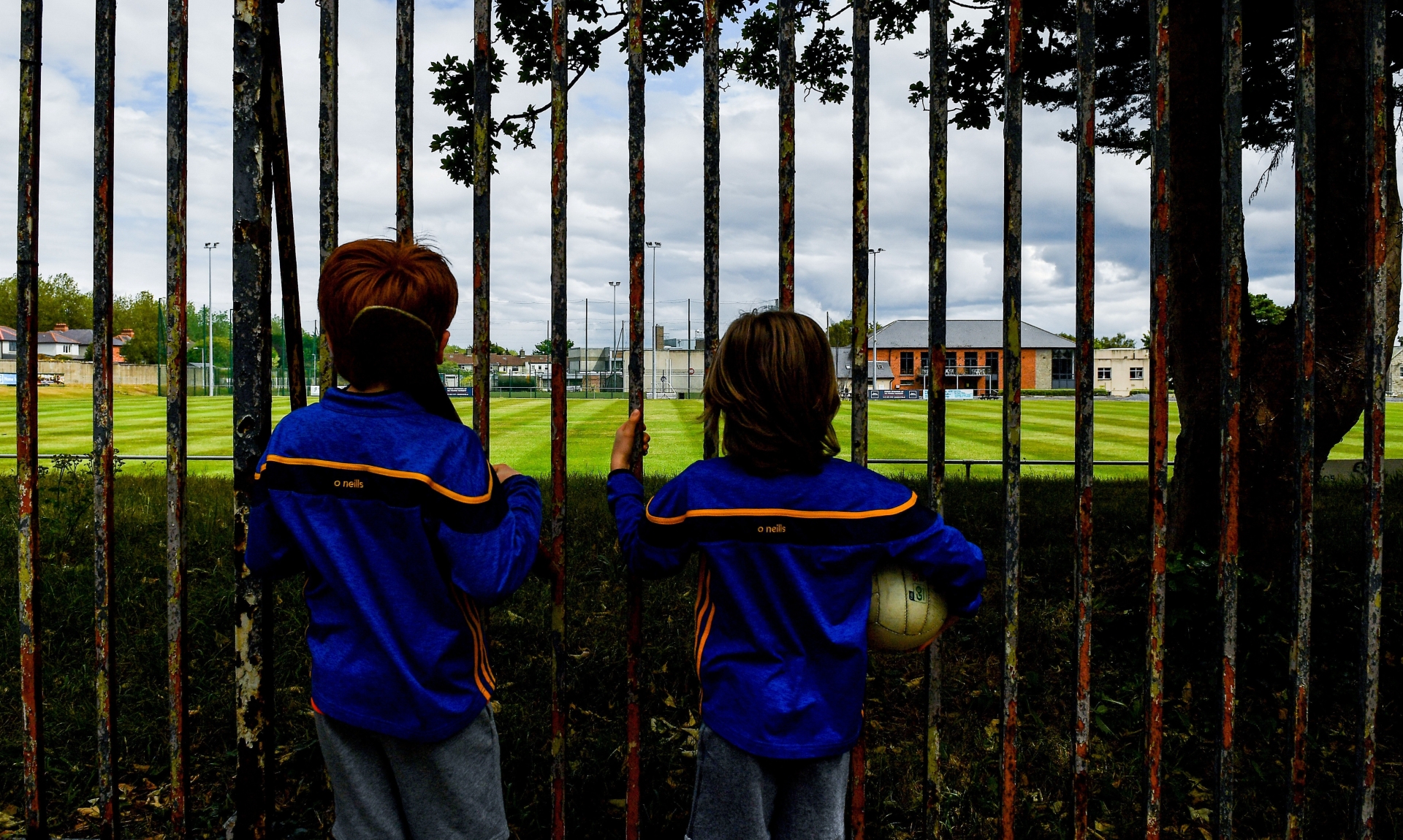 Children are waiting on a return to action (Pic: Seb Daly/Sportsfile)

“Even though there are many negatives and so many things we are missing out on, the hope is that when we get out of this, there is a much stronger realisation of how important sport and activity is to us,” Brick offers.

“This might see more kids getting involved in sport and parents encouraging kids to get involved because they realise the benefit of it and why it is so important.”

Just like adults, Brick feels there needs to be a time of reflection on why we take part in sport. In his opinion, it has to be more than about getting back for 'competitive reasons' and success being the be all and end all.

“I think it is very important we take a step back from that, and with kids especially,” he said.

“It is not just about competition, it is about connection with their friends. Their physical and mental health. Those are things that are truly important, for kids and adults...but especially for kids.“I think it is really important to have a think about what is really important about our sport. That it is connecting with others.”

Is it the time for sporting bodies to wholeheartedly rebrand sport? For role models to go for the hard sell on health and well-being? Brick agrees, yet there is a feeling of realism of what the schedule may look like or when indeed there will be a return to play.

“We are going a bit of crystal ball gazing to see how it comes about,” Noel concedes.

“I hope there are a lot of people – coaches and parents – who will reflect on what is important from sport for our kids, of those core values of what is important for kids of being there with their friends, getting health benefits.

“At the end of the day, if they win the Féile or don't win the Féile, if they have come through a whole season and loved what they have been doing, that's more important.”

For now, it's about waiting in the wings, looking at the short term and keeping a positive mindset. Waiting for a glimmer of light at the end of the tunnel.