INTERVIEW: Banagher Dam is a priority for Councillor McGurk

A local councillor would like to see tourism benefits spread throughout the Borough. 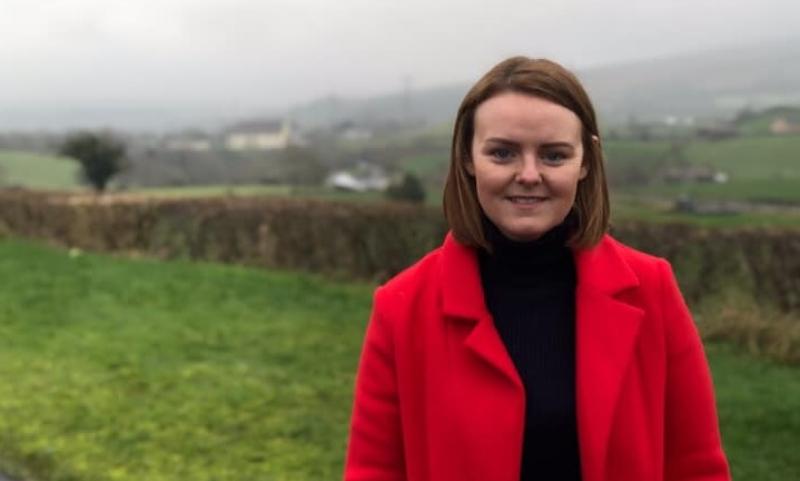 In the first of a new series of interviews with local political representatives, Liam Tunney chats to Benbradagh councillor Kathleen McGurk about finance, the council's image problem, and revitalising Banagher Dam.

This is an extract from the full interview with Cllr McGurk, which can be heard in podcast form here.

Liam Tunney: We'll start with an easy one. Tell us a bit about why you got into politics?

Kathleen McGurk: I always was very politically minded. From a pretty early age, was one of those weans that watched the news. I didn't expect to get involved in elected politics, but the councillor in my area was retiring and they asked me to join in.

I mulled it over for a wee while because I've a young family, I'm working, but I decided to take the plunge and go for it.

LT: You were co-opted to the council in 2018, is there anything you've done you're particularly proud of?

KMcG: Planning committee is probably the one I take most pride in, because you're making a decision that immediately impacts somebody's life.

Other things that we do might feel far removed from people's lives, but I definitely feel a strong affinity with young couples who are trying to get their house passed and start their lives together.

We can look at applications in a bigger picture context, whereas planning officers are looking at it from a narrow focus sometimes.

LT: On the flip side of that then, what would you say the biggest challenge has been?

KMcG: Last year we had the whole debacle around rates rises and the debt the council was facing with our reserves having been run down.

It's frustrating that we don't meet eye-to-eye with some of the unionist parties We've always been advocates for small increases in line with inflation and trying to work with council officers.

The unionist parties took the position of cut the life out of everything and council officers would just have to make the cuts.

What that resulted in was a run down in the reserves which resulted in the crisis we faced last year. 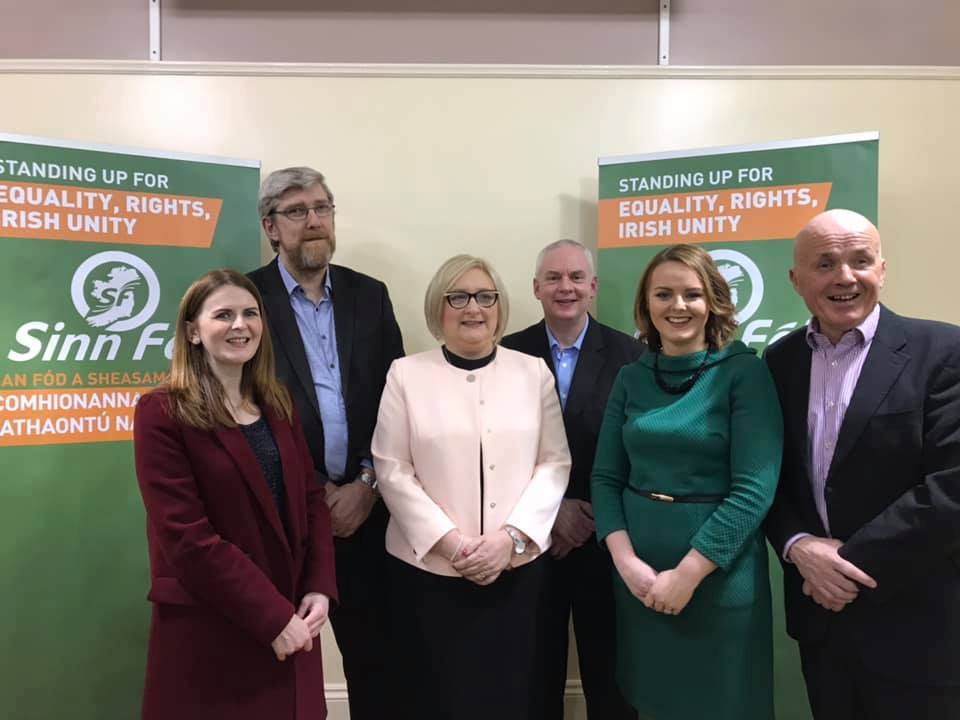 LT: I will touch on that again later, because it came up in the questionnaire. What is the issue you currently feel most passionate about?

KMcG: Anti-mining would be one of them and the environmental concerns we have.

There are a couple of major issues that will face the whole Causeway Coast and Glens, and the gold mining that has been a big problem in Tyrone is going to impact on the area I represent, which is Feeny.

These are issues I feel we should be leading opposition to from a council perspective, which can lead up into a higher command in Stormont.

LT: The Women's Committee has been recently formed at council level, what are the key issues facing the committee?

KMcG: I think one of them has to be how we attract women into politics and how we retain them. It's hard work trying to manage a family and attend council meetings.

One of the things I've found since Covid has hit has been the value of remote meetings. It takes two hours out of every meeting I have to go to as I don't have to spend two hours going to Coleraine.

It means if there is something happening at home, I can kiss my daughter goodnight and send her up to bed.

LT: Looking at our questionnaire, there is a trend that the more local the politics, the greater the trust people had. Why do you think that is?

KMcG: A lot of people know their local councillors personally, or know of them. A lot of the issues we get sent our way are things that impact people's day-to-day lives.

If you broke it down to how close your MP lives to you, those that live closer to their MP would probably have a lot of trust in them, whereas those that maybe live at the other end of the constituency might not know them from Adam.

LT: Looking at Causeway Coast and Glens Borough Council, the confidence figures fall. Do you feel the council has a bit of an image problem?

KMcG: I would tend to agree with you. The rates fiasco last year didn't help and part of the problem was it wasn't reported properly in the sense of how much we were in debt.

Our issue last year was we ran down the reserves we had in cash. We were overspending, so there was going to be a point where we would have run out of money if we didn't make cuts to immediate expenditure.

The sensationalism around the massive debt figure wasn't properly explained to people. They see the increase on their rates and the headlines and it shakes their confidence. 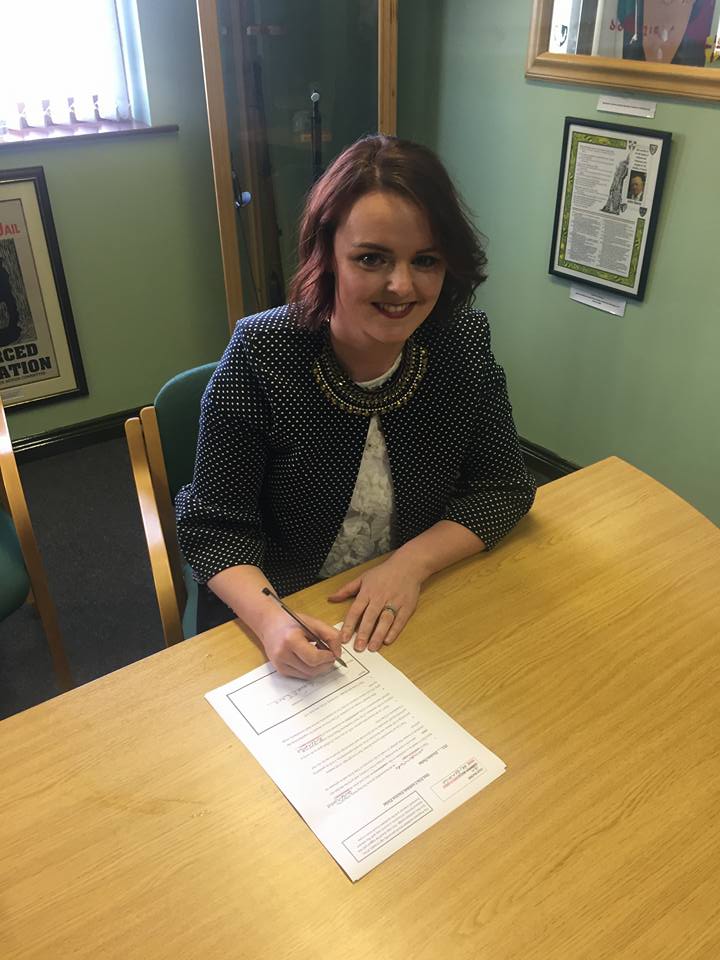 LT: The other thing that came through on the survey for Causeway was the lack of co-operation between parties. Is that something you feel is an issue on the council?

KMcG: There are committees where I feel we work well together, but there are personalities within the council that, if you're a member of Sinn Féin, don't want to talk to you.

Planning is a committee where green and orange doesn't come into it. I think councillors genuinely try to make decisions as best they can for the applicants and the people who are objecting.

Finance did become green and orange because there were two different opinions on how we should tackle it, and the centenary stuff isn't helping either at the minute.

Those things strain relationships within council and that's probably what's feeding through on the questionnaire.

LT: There is a unionist majority on the council. Do you feel frustration saying your bit as you know it will be voted down?

KMcG: Very much so. We had tried to get Irish street language signage in Foreglen last year. We'd gone door-to-door, got all the petitions signed and the council chose to do the consultation at the start of lockdown.

I had proposed to re-run the consultation, which was knocked back. It can feel pointless, because we knew that if we couldn't get it through at committee level, there was no chance in full council.

I had to come on and say my bit, but I knew it was going to get vetoed. You're at the mercy of the numbers. 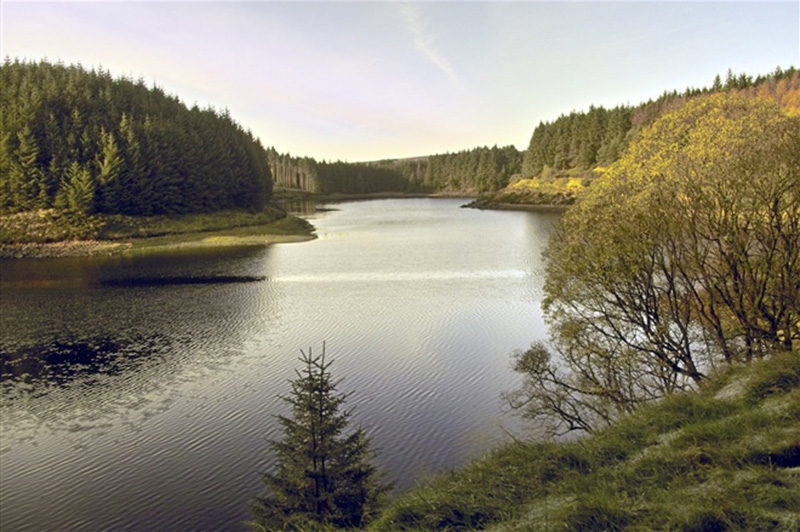 LT: The current council runs to 2023. As a final question, is there anything in particular you'd like to achieve in that time?

KMcG: Banagher Dam is something I've been working on for a while. I have a vision to how it could feed into Dungiven as a hub for people coming on active holidays.

I took the director of Leisure and Development up on a hike last year and he was blown away by it. When you take them outside of their comfort zone, you can get things done.

It's obviously not something they'll deliver within this council term, but I'd like to see a masterplan as to how the council intends to link it in with its Dungiven counterpart.