A local sheep farmer has found himself featuring on a central wall in his home town. 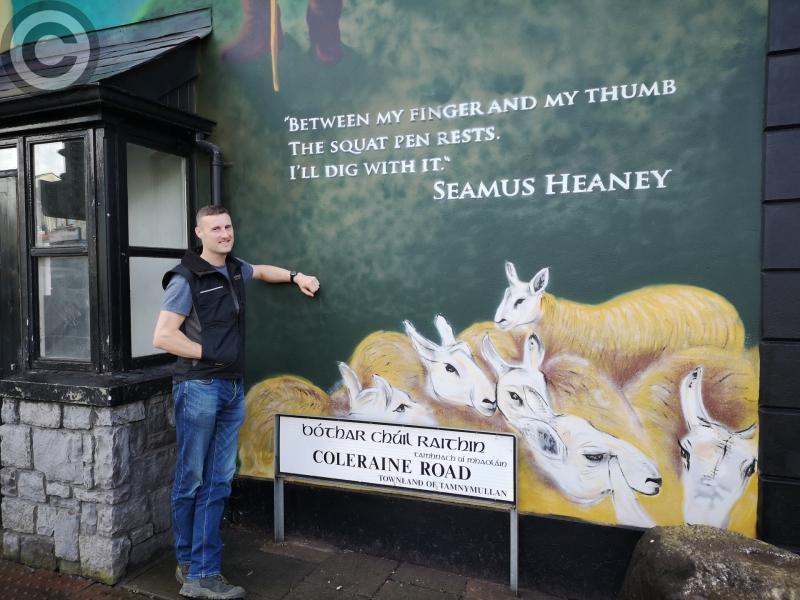 Anyone travelling through Maghera over the last week could not fail to have noticed a significant change to its aesthetics after a new mural emerged at the centre of the County Derry town.

Crafted onto the central wall of Walsh's Hotel, the mural depicts local man Jamese McCloy tending his flock of sheep with the unmistakable outline of An Carn in the background.

Although he has become the poster boy for the town's growing tourism industry, Jamese said being the feature of the mural has drawn him out of his comfort zone.

“When they first approached me a good while back, I wasn't too sure. To be honest, I just try and work hard in my own corner and stay under the radar,” he told the County Derry Post.

“I've promoted more internationally than within our local area, because that's where I feel my main demand would be, so when they approached me about it I said it wasn't my style.

“It was done from a photograph on my Facebook that was taken by Tourism NI.

“It's strange seeing your face popping up when you're used to staying below the radar and in the background.” 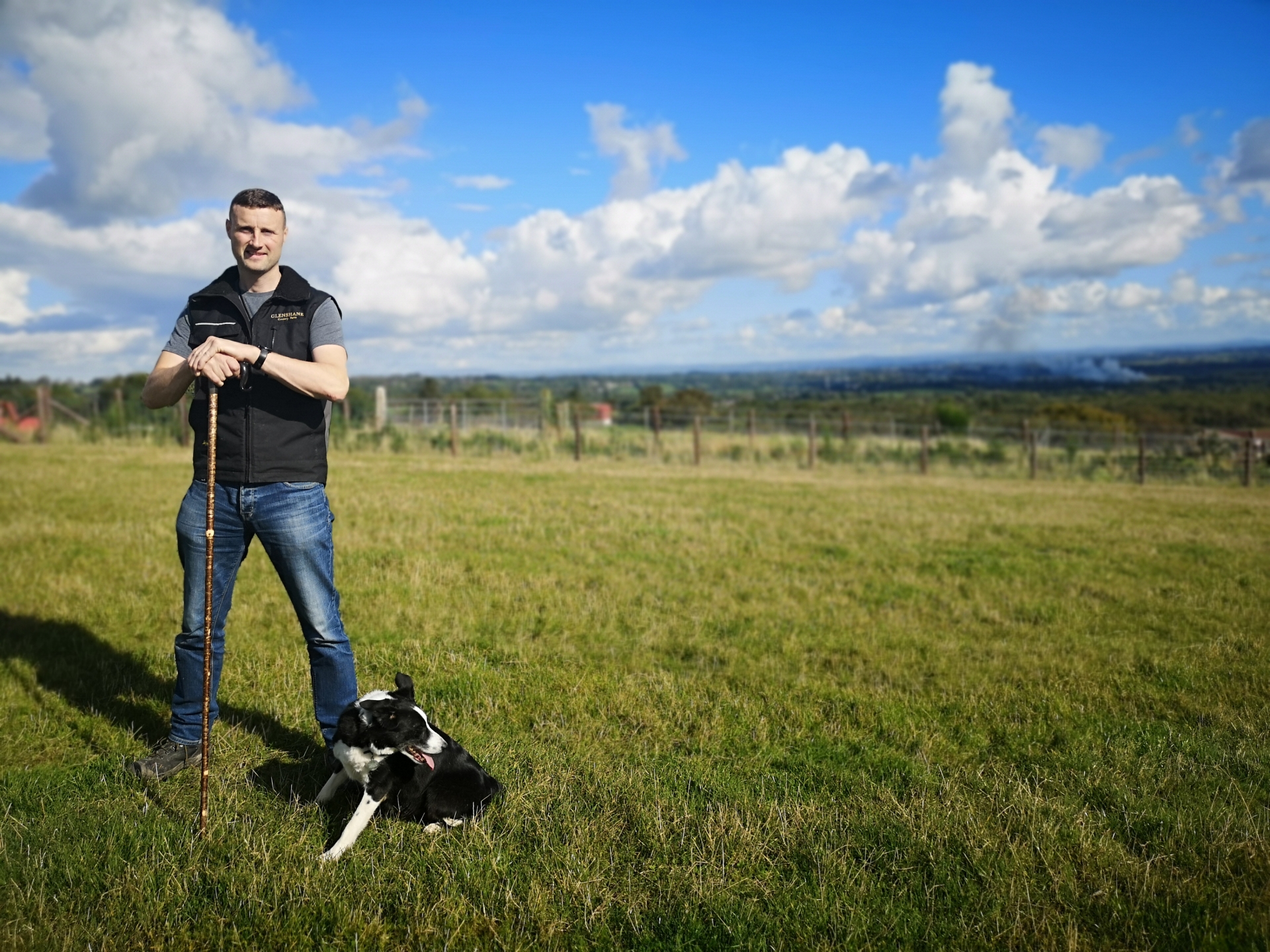 UNDER THE RADAR: Jamese is most comfortable on the farm with sheepdog Tess.

Conor McGinley, the Newry-based artist who brought the idea to life, had an anxious wait to see if Jamese would relent.

“They wanted to celebrate the things that tourists come to see in the local area,” he said.

“The Discover NI slogan is Embrace a Giant Spirit and they said they had this guy who was a local shepherd and he's incredibly tall.

“They started to think they could do something with that, as he was their local giant.

“At first we weren't sure if he'd be up for it, or if we'd have permission to use his image.

“The first draft had just a tall shepherd, but it wasn't him!”

Cathy O'Neill from Walsh's Hotel felt Jamese's image and what he represented was the embodiment of the 'Embrace a Giant Spirit' brand.

“We had talked about art work on that wall and when Tourism NI launched the 'Embrace a Giant Spirit' brand earlier in the year, everybody just loved the idea of it,” she said.

“Within the local area, there are three experiences, so we took inspiration from that; the giant warmth and welcome of the people.

“Jamese kind of embodied that. Obviously, there's a play on the giant element of it too, he's a big man! He embodies the warmth, welcome and ambition of the area.

“He's fourth generation too, so there is the aspect of carrying on the tradition and showcasing that.”

Jamese runs Glenshane Country Farm on the outskirts of Maghera, and treats visitors to a live demonstration of sheepdogs Moss, Tess and Jess at work.

The fact his experience has been chosen to represent Mid Ulster alongside literary giant Seamus Heaney and the celestial experience of Davagh is a source of great pride.

“I'm pleased with it and appreciative that they want to use us in that way, alongside such iconic places and people like Seamus Heaney.

“Somebody sent me an outline, and only by the outline, they said, 'that's definitely you'. I saw it through a WhatsApp first.

“I was actually more nervous seeing it on WhatsApp than seeing it on the wall. It's a mixture, because you're proud, but I would be reasonably shy.

“I only started using social media purely because of the business, so there was an adjustment there. If you had said to me a year ago that I'd be on this wall I'd have said, 'no way'.

“When I saw it for the first time though, I was pleased that we've got a chance to bring a bit of positivity.” 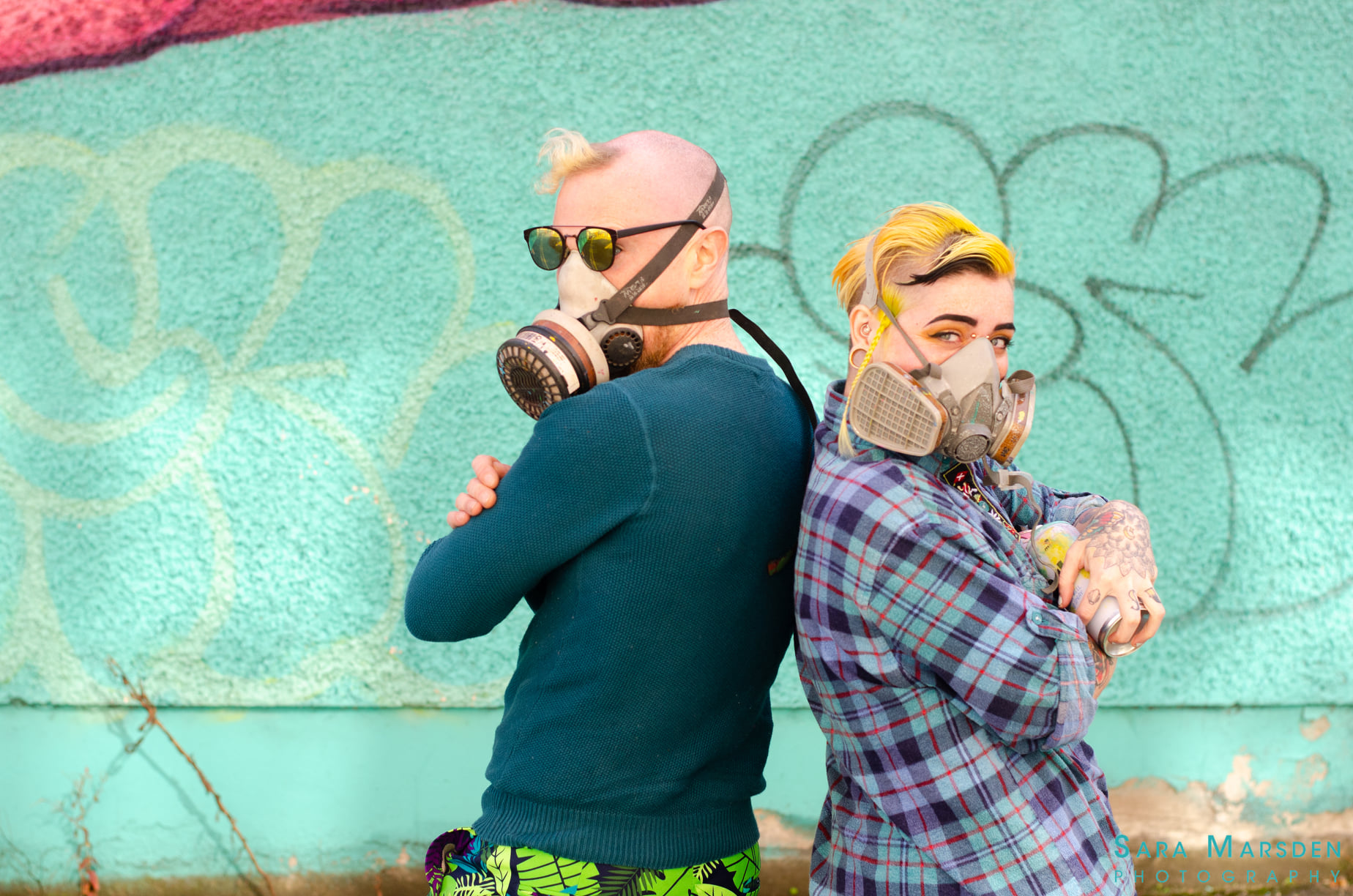 Artist Conor McGinley feels the engaging piece will enhance the area's reputation as a tourist destination.

“I'm delighted with it. It's a really strong piece, in tone with the local area and with Walsh's,” he said.

“I did Bellini's beer garden in Newry, and the man who owns Walsh's knows their owner, so I think that's how it came about.

“They'd seen what I'd done at Bellini's, which was all pop icons like Madonna, The Beatles and that sort of stuff; all black and white Banksy-esque style.

“A little bit of paint can really change people's mood. People want to go to places that are cultural and look nice.” 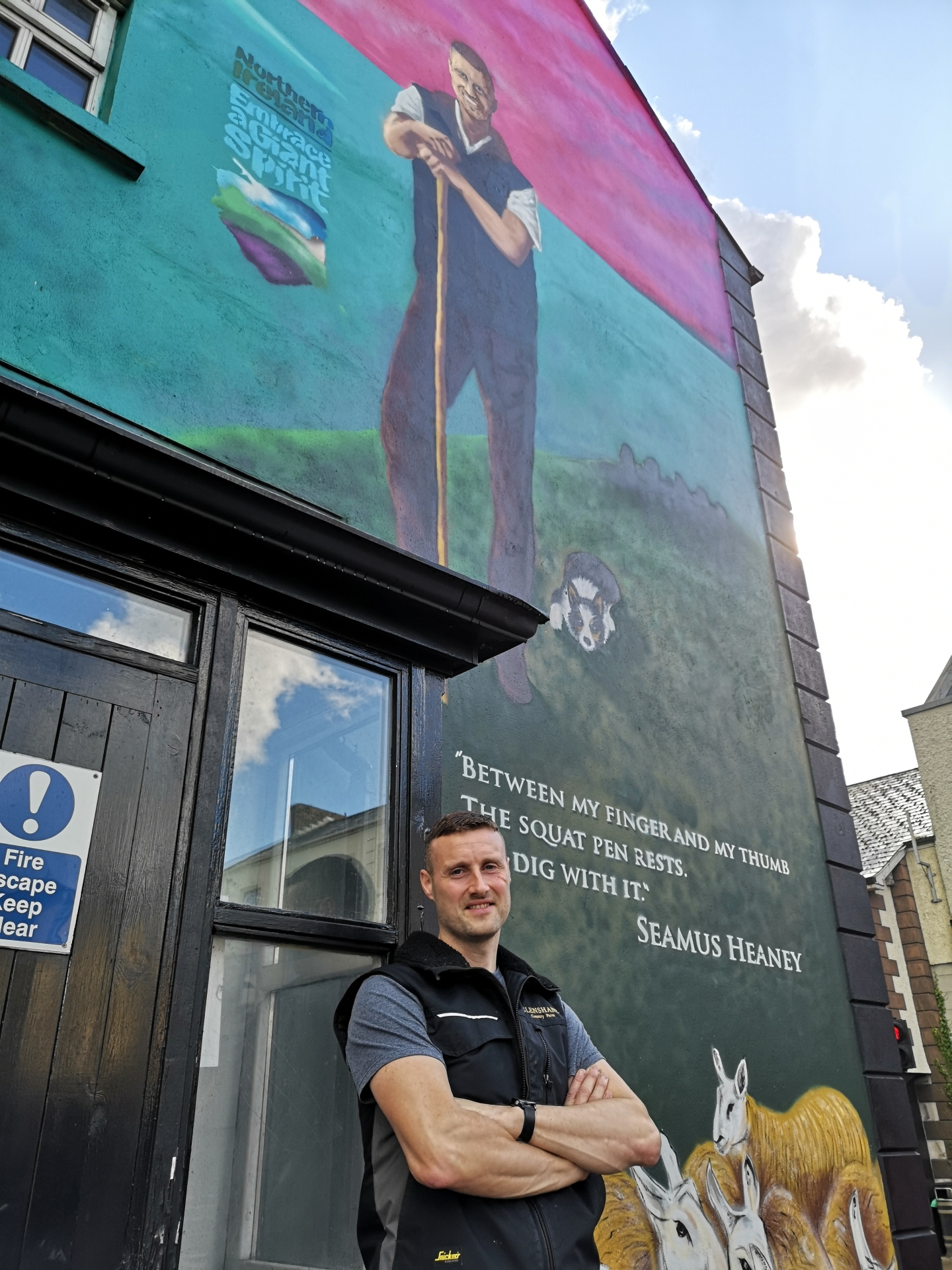 Cathy O'Neill admits to being a little unsure at the beginning, but was delighted with the final outcome.

“It really brightens up that corner. I was very nervous when it started, but it turned out to be stunning,” she said.

“It has the whole idea of the history of Neolithic people in the Sperrins coming right up to Heaney, who talked about the local landscape.

“He talked of blackberry picking, digging the turf, and it brings us right up to Jamese who is modern day, but continuing the traditions of the area.

“The whole idea was to celebrate the beauty and culture behind the local landscape. We're a busy wee town, but 30 seconds in each direction and you're out in the countryside.”