THE PASSING OF JOHN HUME: What John and Pat Hume mean to me

Mary Durkan, now an SDLP councillor on Derry City and Strabane District Council, reflects on the impact that John Hume, and his wife Pat, have had on her life 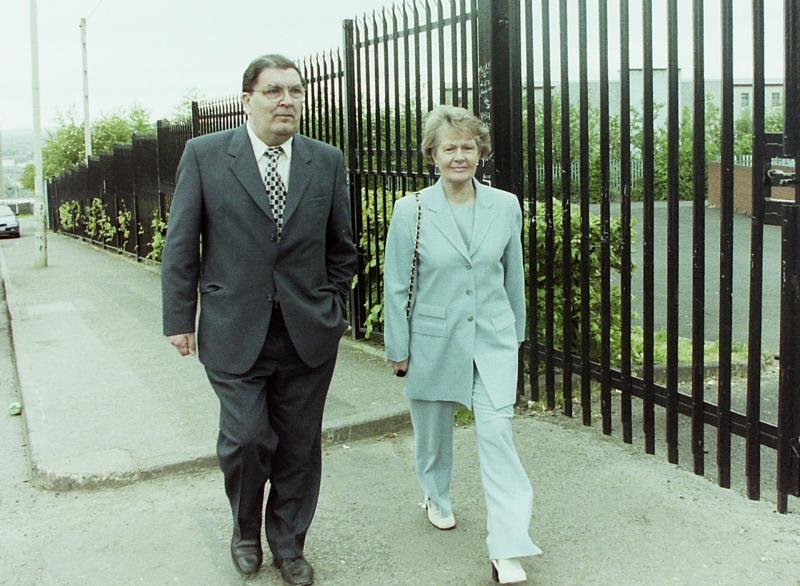 John and Pat Hume pictured in 2010. Photo by nwpresspics.con

To celebrate my 18th birthday, my friends and I had travelled to Belfast on a minibus on a school-night in the middle of A Levels for that momentous 'YES' concert.

We were thrilled to get to see Ash and Bono at the Waterfront. We were extra ebullient at the sight of John Hume taking to the stage. The unlikely trio of David Trimble, John and Bono were applauded with yells of “Yesss!”. 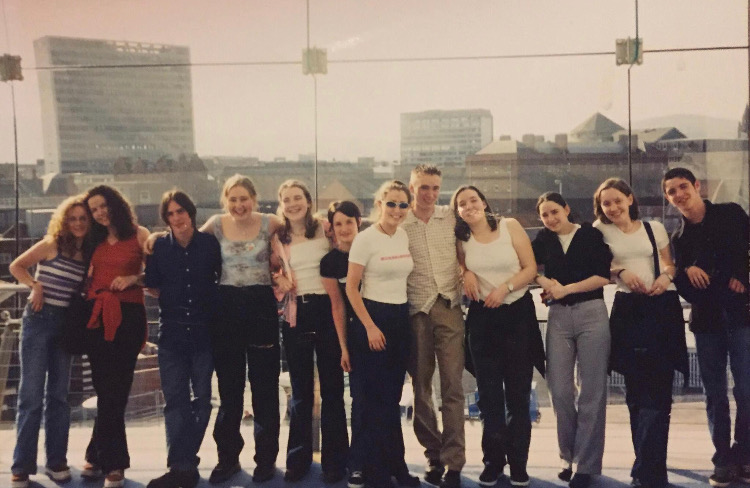 The burning pride deep inside on that night could have set the world alight. To the friends I had yet to meet, some of whom were at that concert, I would always be Proud Mary from Derry.

I had come of age just in time to vote in the referendum three days later.

Not all of us would have that privilege.

My sister, Deirdre, who was singing and shouting her heart out for the entire excursion, was 15 months shy of voting age.

In fact she would never get to vote as she was killed in a car accident we were involved in 18 months later.

I had meticulously studied the Good Friday Agreement text during the referendum campaign.

As excited as I was to be on my way to Loch an Iúir for Cúrsa na Casca that Good Friday, my inner political nerd was sorry to be missing all the TV and radio coverage.

No mobile phones or social media in those days.

Just two days before the signing of the Agreement, I was at Stormont with a delegation of Derry Girls lobbying the British Government for a new school.

I was on The Thornhill Talks Team with Mrs Boyle, Miss Hamilton and Head Girl, and my lifelong friend, Emmylou.

The eyes of the world were on these negotiations and the hand of history was on our shoulders.

John was the architect of the unfolding momentous peace accord, but he was focussed on bread and butter constituency issues. He knew the importance of education in creating opportunities and building inclusive and peaceful communities.

I was engaged in current affairs and local politics from a young age.

I was fascinated by the work of my godfather, Uncle Mark. His job as John Hume’s parliamentary aide brought him to various countries.

He gifted me with great stories and good lessons over the years. I proudly flaunted a “Hume for Europe” Tshirt in 1989. I read newspapers. I listened intently to the kitchen wireless and followed the TV debates. Always rooting for John and rehearsing the Humespeak: You can’t eat a flag. Spill sweat, not blood. Respect diversity. An accident of birth. Difference is the essence of humanity. This language is now common parlance. John brought others on to his page and round to his way of thinking and speaking.

It is impossible to consider John’s achievements without recognising the influence of his wife and key adviser, Pat. On completion of my A Levels, I had the pleasure of working in the Bayview Terrace constituency office in the run up to the first Assembly elections.

I learned so much about public service, not least in witnessing the compassion and care shown by Pat to every person. The office was buzzing. Phone calls were coming in from journalists, humanitarians and politicians from all over the world.

I could hear John speaking in French on the phone one minute, then dealing with a constituent on a housing issue the next minute.

Pat had time and warmth for everyone. Amidst the flurry, Pat still found time for banter and indulged my frivolous chats about nights out.

I still regard Pat as a mentor and hero. I can only try and imagine the extent of sacrifices made by Pat and her family over the years.

After that short stint in the office, I spent three months working in Seagate (one of many jobs brought to Derry by John Hume), before starting my chapter at Queen’s and all the adventures that came with that and after that.

The Omagh atrocity that summer was a stark reminder of the fragility of the hard-earned peace.
John Hume was a political giant, a living legend and an international statesman.

Above all, he was a Derry champion.

He was a man of global thinking and local action.

First-hand experience of poverty in his community motivated his relentless quest for social justice, and his role in founding the credit union movement was instrumental in giving opportunities to people and families. His civic leadership in the community was as impressive as his political leadership on the world stage.

John Hume was a man of vision. Steadfast in his ambitions. Resolute in pursuit of solution. Willing to work with anyone. Determined not to be distracted by the vilifiers.

He kept his shoulder to the wheel and his eyes on the prize.

Not any of the acclaimed world prizes he won (Ghandi Prize; Martin Luther King Prize; Nobel Peace Prize). Ultimately the prize for John was the prize for everyone: peace and the prospect of a brighter future.

Those coming of age today face immense challenges as we emerge from a global health pandemic and enter a world recession.

Climate emergency is real. In this part of the world we face the added challenges of Brexit uncertainty. Today’s generation need an injection of the hope that my generation were given 22 years ago.

We still have much work to do. The “isolation of the West” remains a pertinent issue. The fight for a proper university presence in the city continues.

“I sometimes wish it was that summer again…..”

We should always maintain a little bit of that summer, even in the middle of the longest winters.

Hume’s pathway must be restored.

And we shall overcome.