Renewed calls for memorial to WWII airmen who died at Benevenagh

Nine died when a Liberator plan crashed into the mountain in 1944. 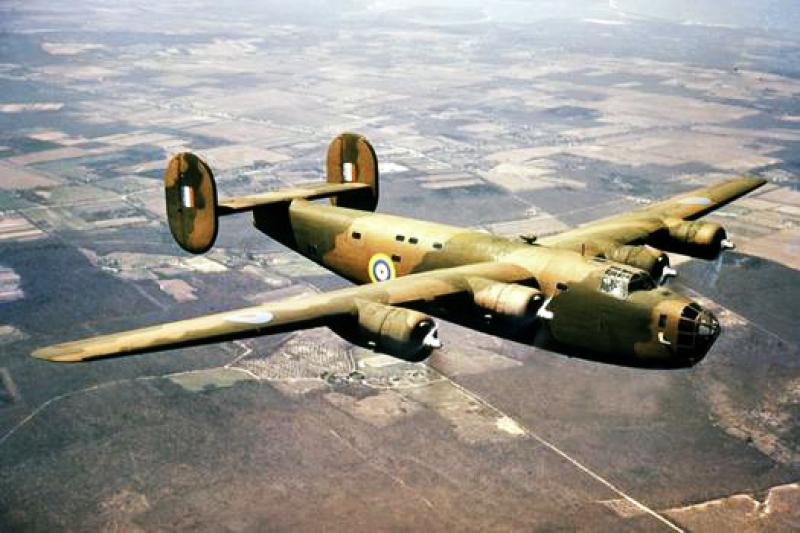 A Liberator plane similar to the one that crashed at Benevenagh in 1944.

A local historian has renewed a call for the erection of a memorial to remember airmen who died in a crash in County Derry during World War II.

Nine lives were lost in total when a Liberator plane crashed into the face of Benevenagh Mountain outside Limavady in 1944, while returning from sorties in Iceland.

Stephen McCracken, originally from Magilligan but now based in Antrim, has stressed the importance of remembering the human stories of the airmen and their families, along with Limavady Area Ancestries Fiona Pegrum.

“It’s not right that there isn’t a place where the relatives can come to pay their respects, other than their graves,” he said.

“The bodies were removed, but there were some body parts that they didn’t get, which were left up there.

“The Canadians and the New Zealanders are buried in the Roe Valley at various Churches including Ballykelly Church of Ireland, Tamlaghfinlaghan.

“The ones from Britain were taken back home, but those from Canada and New Zealand were left here.” 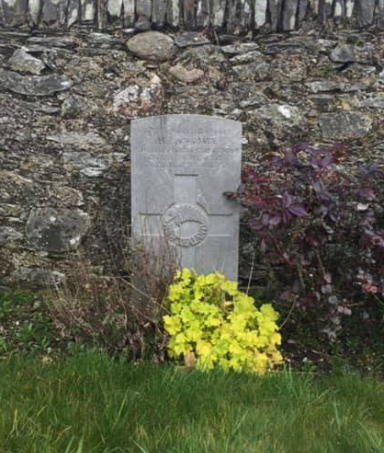 The grave at Ballykelly of New Zealander Coombe.

Liberator planes were packed with munitions, and the accident in the early hours of a June morning created a shocking spectacle for some local fishermen.

“There were a couple of people fishing on the Roe that morning who witnessed it,” said Stephen.

“The plane was coming home from Iceland, where it was doing sorties looking for U-Boats. It was coming back on a misty, foggy morning. There was light, but there was a lot of sea fog.

“It made two approaches into Ballykelly. After the second approach, they tried again at altitude and just smashed into the sheer face of Benevenagh mountain.

“Once it went up, the bombs and munitions went flying all over the place. People were finding wee bits of bullets for years after it.” 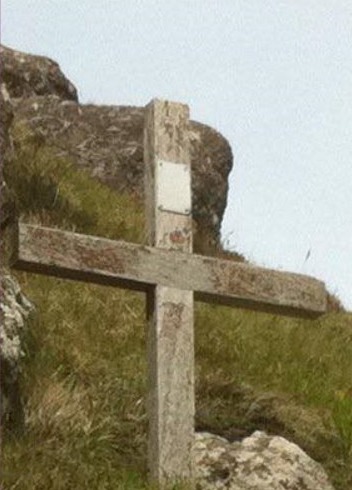 A cross marks the spot where the crash happened.

Magilligan-born Deirdre Watson, neé Sherrard, recalled how there was significant presence in the skies above north Derry during World War II.

“l can remember seeing the wreckage [of the Liberator] lying on the slopes of Benevenagh, where it lay for some time it seemed, before it was cleared away,” she said.

“l don’t remember any talk about lives lost, whether the folks did not know the details, or did not want to talk about it in front of a 12 year old, as l was at the time.

“At that time, three RAF men were billeted in part of what had been the home of my great grandfather Joseph Sherrard.

“These men manned a beacon in my father's field. This beacon flashed Morse code to let planes know they were near Ballykelly aerodrome.

“This code changed every night and was so secret that one man travelled to Ballykelly on motorcycle daily to collect it, even though they had a phone installed.

“Later the beacon was replaced with a revolving one and a caravan provided for the personnel both of which remained until the war ended.” 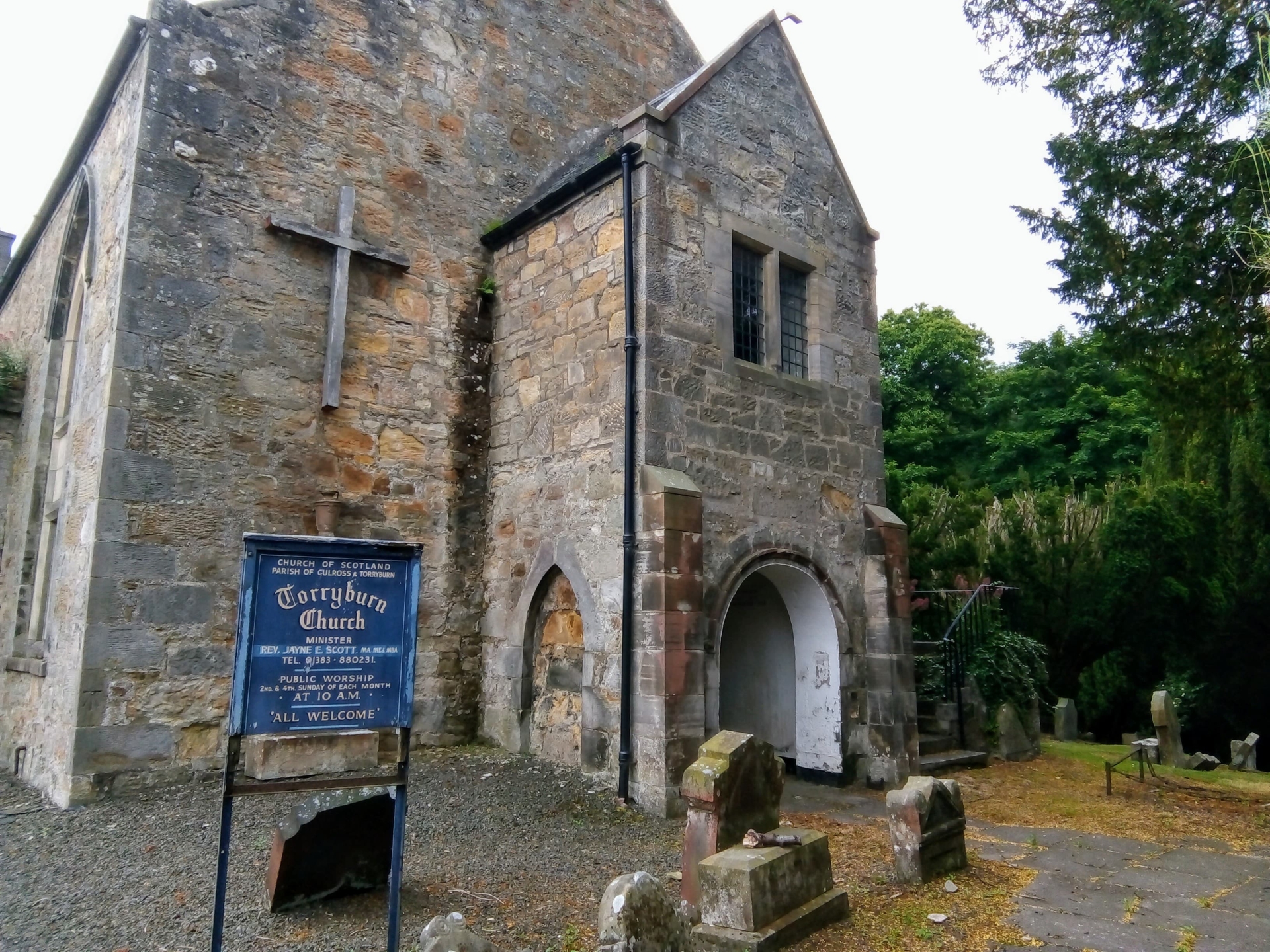 The church at Inverkeithing, Scotland, taken by the Waton/Sherrard family.

The stories of two of the men who died in the accident add extra poignancy to the story, as the war wiped out large sections of their families.

John Fraser Leonard, from Inverkeithing in Scotland, had lost his brother just six months previously. He had died in a Japanese prisoner-of-war camp.

Henry Gordon Coombe was one of three brothers, all lost within six weeks of each other.

“They would have been getting the news all at the same time, or just a few weeks apart. It must have been heart-breaking for them,” says Stephen.

“All the big Liberator aeroplanes few out of Ballykelly and Aghanloo at Limavady. They were all based there and that’s where they made their sorties from.

“They lost a load of people going out from Ballykelly. Some went out straight over Lough Foyle and by the time they got to Donegal they weren’t high enough hand would crash.

“There are lots of memorials in Donegal, they really put us to shame. They’re brilliant and they’re well done, but we have nothing.” 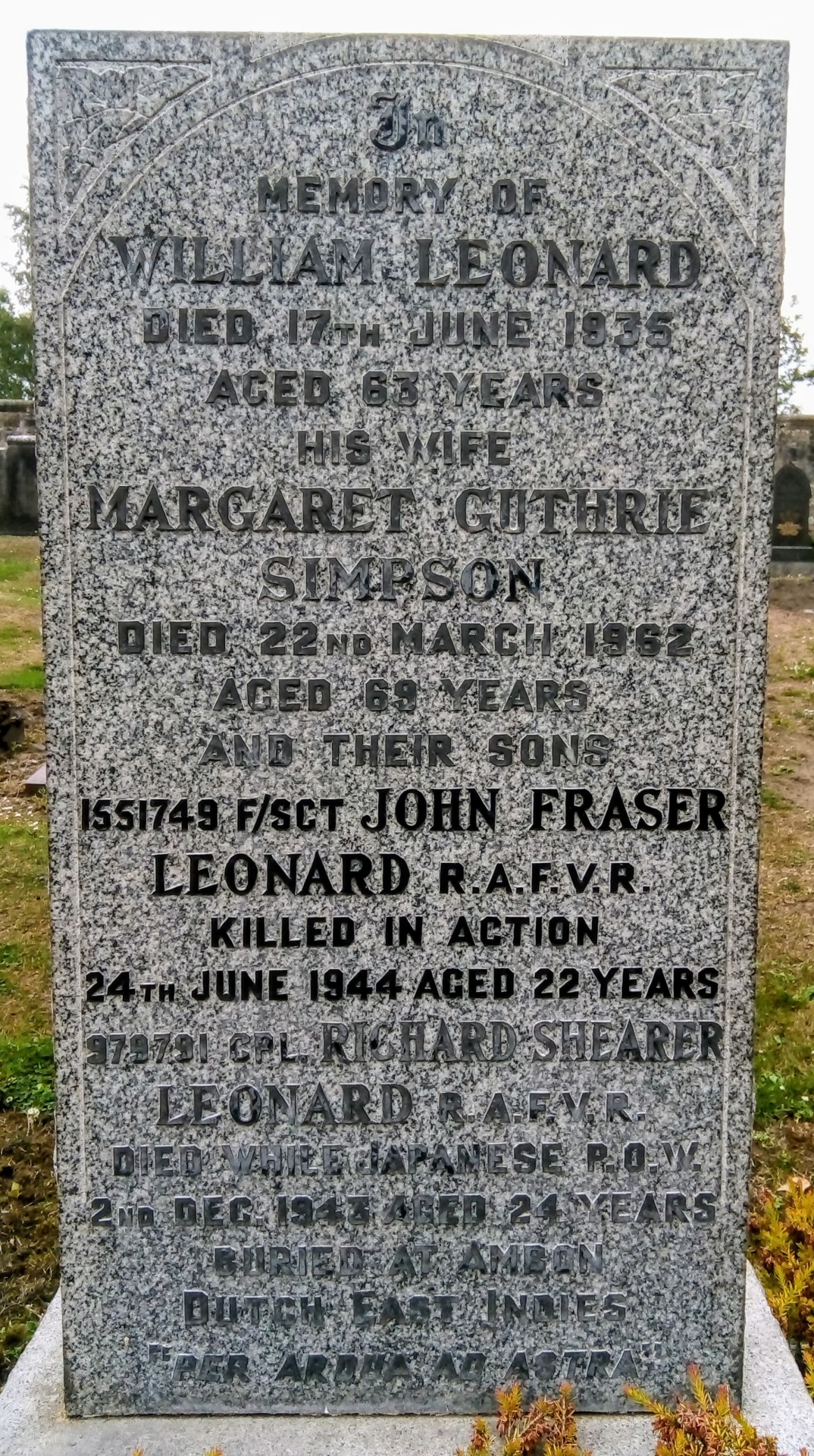 The grave at Inverkeithing of the Leonard family.

Despite the loss of life, newspaper reports from the time are almost non-existent, leading Stephen to suspect some war-related censorship.

“People looked up the newspaper archives and they couldn’t find anything on it, because it was going to result in bad press, and they didn’t want that during the war,” he said.

“It’s surprising not to see anything in the newspapers about it. I always heard of tragedies here during the war that didn’t make the newspapers because they were told to suppress it.

“It’s strange when you see it in action. There was nothing in the Canadian or New Zealand newspapers either, it’s nuts. They were all told not to report it.”

A small cross that sits on the sheer face of Benevenagh mountain is the only indicator of the tragedy that occurred there in 1944.

The site is not easily accessible on foot and Stephen has plans for a much more publicly available memorial.

“There is a place called Ballycarton, on the slopes of Benevenagh and a trail goes through the forest from there. It would be the perfect site,” he said.

“It would be nice to have a remembrance walk and a memorial there. People would come to see it - it would be a huge draw for tourists.

“Last year we were contacted by a boy from Wales, whose uncle was killed, and this year some Australians got in touch, so the interest is there.

“It’s something I want to leave and next year I’ll be doing a bit more research. We just have to keep the pressure up, so it comes to fruition.” 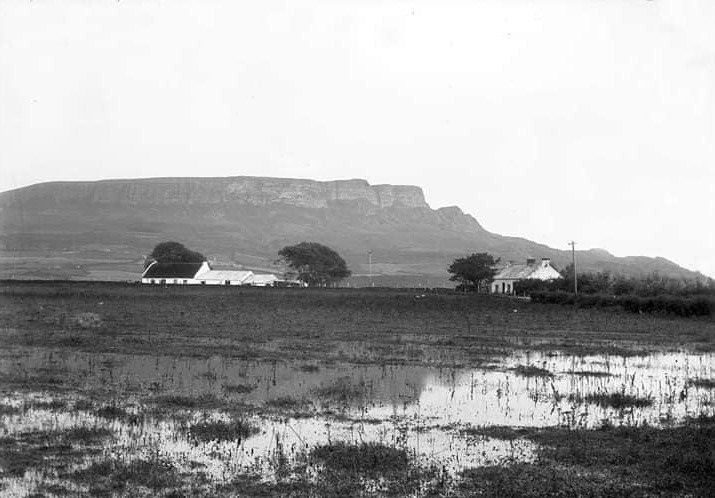 Local Causeway Coast and Glens councillor Alan Robinson has been helping Stephen, and the local heritage group, in their campaign.

“Rather than just a wee wooden cross that is currently up there, it would be much more befitting for the bravery of those men that lost their lives there,” he said.

“It’s an admirable project. It would be a nice way to remember them and a place where families could come and pay their respects.”

Stephen is hopeful that, once lockdown eases and things begin to return to normal, things can be progressed to see the memorial created.

“I’ve got permission from everyone I needed to. It’s a memorial, so permission was granted by the landlord, who said he’d be delighted.

“In February time, the Council were given money for tourism, to put into Benevenagh and the surrounding area, so we planned to take from that fund.

“It won’t take much, I’d like something simple and then a maple tree to signify Canada and another tree to represent New Zealand.

“Something that, in five years’ time, you’ll see these two trees that aren’t native to the forest and people will want to come and see it and learn about what it signifies.”