From the archive: St Paul's Kilrea ease to All-Ireland title 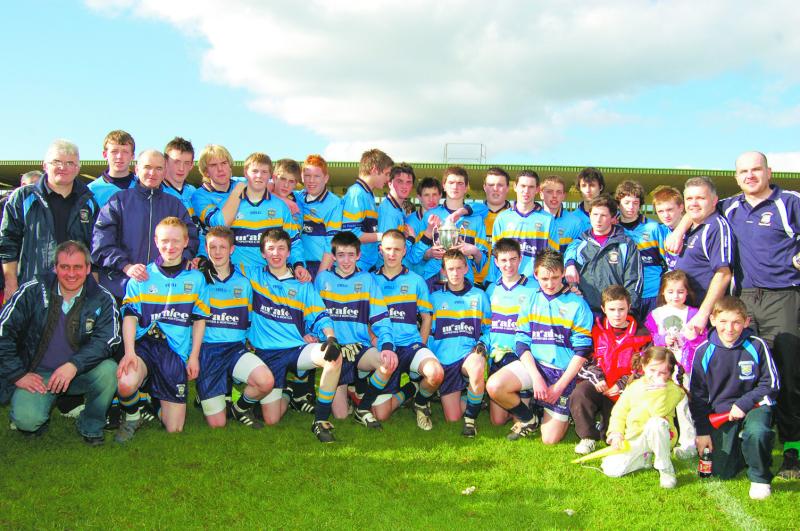 They won’t care about credit. The only currency was the piece of silverware that Tiernan Rafferty got his hands on before coolly asking his principal for a day off school.
To put the success into context. Dunshaughlin is a town of 3,000 people, and is home to the Community College that houses almost 900 pupils.
St Paul’s Kilrea is a school of hardly 300 pupils. They came through the Derry championship without Benny Quigg and Enda McFerran, and were without Gary Keane for their All-Ireland semi-final. For every Ben Nevis they climbed since the adventure began in October, they were faced with a Kilimanjaro on the other side.

They travelled to the home of Ulster football on a hiding to nothing. Instead, the Derry school handed out the hiding. There was not a single man, woman nor child who could have had any complaint about Kilrea claiming All-Ireland medals.

Some of these young players will go on and have county careers. Some will have good club careers. Some won’t even make it to senior football. That’s how life in the GAA is.

But when the paper clippings are sodden in a cardboard box in the attics of Benny Quigg and Cahal Bradley and the rest, the 26 who togged out in the light blue of St. Paul’s will have the comfort of a national medal to cling to. No-one will ever take that away.

And nor will they be able to dispute that it was anything but thoroughly deserved.

Gary Keane salvaged extra-time against Castlewellan in the Ulster semi-final. He was then sent off in the final and missed the All-Ireland semi-final. His suspension ran out just in time to allow him to play the final. What a godsend that was for Kilrea, with his 2-3 from play to land the All-Ireland.
But it was not a one-man operation. Look at the Kilrea scorers list – all of the front six registered, and all six of them did it from play.

Some of their football was a joy to behold. Their ability to vary their style kept Dunshaughlin guessing. One minute it was a high searching ball for Keane, the next it was a diagonal ball for Conor McKenna or the outstanding Enda McFerran to latch on to.

Their midfield diamond took the Meath men to the cleaners. Denver Johnston kicked two points from midfield but was outshone by a superb display of second half fielding from the instantly recognisable Cahal Bradley.

Kilrea conceded just 2-4 and only for the most fleeting of moments did they ever look like losing control of the game. By the 20th minute, Quigg had three points to his name as they led 0-5 to 0-1.
Only for an outstanding double save by Andrew Smyth from Conor McKenna, it would have been more. Regardless, the job was already half done. The Leinstermen had no answers.
Enda McFerran was hauled down inside the area but Benny Quigg saw his penalty smartly saved by Smyth. Within four minutes, Ryan Davis had sent an unstoppable 20-yard rocket to the roof of the Kilrea net and the doubt might have started to surface.

Had Eoin Kinsella netted a great chance just seconds later, it would have become a two-point game, but he sliced horribly wide.

Step forward Keane. The Cryuff turn hasn’t been seen on many GAA patches but the young full-forward perfected it before flicking the ball brilliantly up without bending his back. Sean Burke wasn’t strong enough and the green flag was promptly fluttering.

A brilliant finish from Ian Gillett into the top corner renewed Dunshaughlin hopes, making it 1-12 to 2-04, but it was never going to happen.

Kilrea scored four points on the spin, just as they had done in the first half, before Keane bustled his way through to slide home the deciding goal off his left boot as injury-time loomed.

The scoreline wasn’t flattering to St. Paul’s. They could have won it by more. And to think that just four weeks previously, they were 10 seconds from exiting Ulster. The funny world of football.