“Lockdown has been strange, sometimes it’s ok but sometimes I find myself near to tears and sometimes I just want to go to the pub and have a big black pint of Guinness” 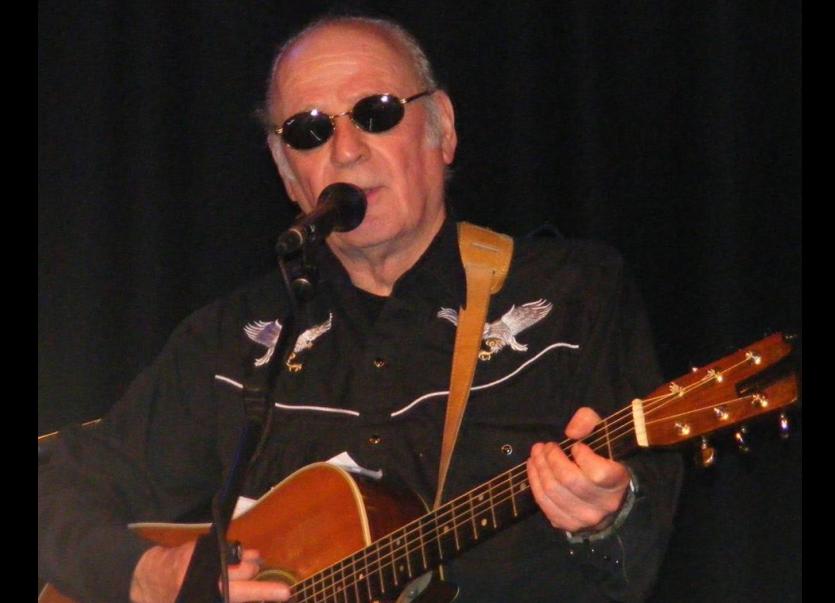 A well-known Derry musician has used his time in lockdown productively to create a new song reflecting on these ‘Strange Strange Days’.

Singer songwriter and multi-instrumentalist Roy Arbuckle’s song is a musical exploration of the times in which we find ourselves.

His seasoned voice welcomes you on a journey through empty streets with the sorrow of lost days lurking in the shadows but more importantly the rising feeling of hope that everything will be fine and we will be reunited again soon.

The theme of the song is self-explanatory. Like many, Roy has found it difficult to adapt to prolonged periods of isolation.

“Lockdown has been strange, sometimes it’s ok but sometimes I find myself near to tears and sometimes I just want to go to the pub and have a big black pint of Guinness,” he said.

“This past few years, since I stopped travelling with the band, I’ve been staying home most of the time, doing local gigs and cooking and cleaning.

“I have a small studio at home so I can write and record there.”

Living close to Brooke Park is a blessing for Roy.  It has been his little oasis in the midst of the crisis, allowing him to exercise his body and mind.

The song ‘Strange Strange Days’ actually came to him as he walked to the doctors to pick up a prescription.

Roy expanded: “It was a Thursday afternoon but it was ghostly quiet, just like a Sunday morning, except there were no church bells chiming.

“The thought came into my head, ‘It’s like Sunday all the time,’ and it went on from there when I got back home.

“It took a while to come up with the final version which features Dolores O’Hare who was part of Different Drums of Ireland, on low whistle.

“She lives in Belfast now so we had to do some back and forward on the internet.  She recorded her part on her phone and emailed it to me.

“We got it done, my son Robert helped out with percussion and my daughter Emma edited the video, again remotely.

“It kept me busy for a couple of weeks and there’s been some great feedback from people, so I feel it was a worthwhile exercise.”

‘MUSICAL WING OF THE PEACE PROCESS’

Time has also been spent working on his autobiography ‘A Good Kick at the Can’ which is two years in the making and takes an in-depth look at his relationship with music.

It traces his life through the lens of the music that shaped him.  He recounts the sometimes funny, sometimes very sad experiences of being a Northern Irish musician growing up in a largely undocumented working-class Protestant community.

And charts his journey through childhood, the showband scene, the Troubles and his escape into folk music that eventually took him to North America and around the world.

People will remember Roy from his early days with showbands and in the 70's with folk band Chaf.

He moved to North America in 1978 and toured extensively with Fiddlers Elbow and later The Rambling Boys of Pleasure.

Roy returned to his native Derry in 1985 and as well as performing solo became involved with many community arts and community development projects around the North West of Ireland.

With this he began a career in Arts led Community Relations work which resulted in the conception of the internationally acclaimed Different Drums of Ireland in 1991.

Tipped as the 'musical wing of the peace process' the group not only staged hundreds of cross community events but performed across the world, the Clinton White House, and for Presidents Robinson and McAleese.

In 2003 he graduated from the University of Ulster with an M.Sc. in Professional

Development Within the Community.

This became part of the award-winning BBC TV Documentary 'Paradiso'.

He was member of the NI Advisory board of BBC Children in Need and is involved with several community projects in the area of Community Relations, Integrated Education and Peace Building.

He also worked with the Holos Project, a healing and personal development training organisation operating in the border counties.