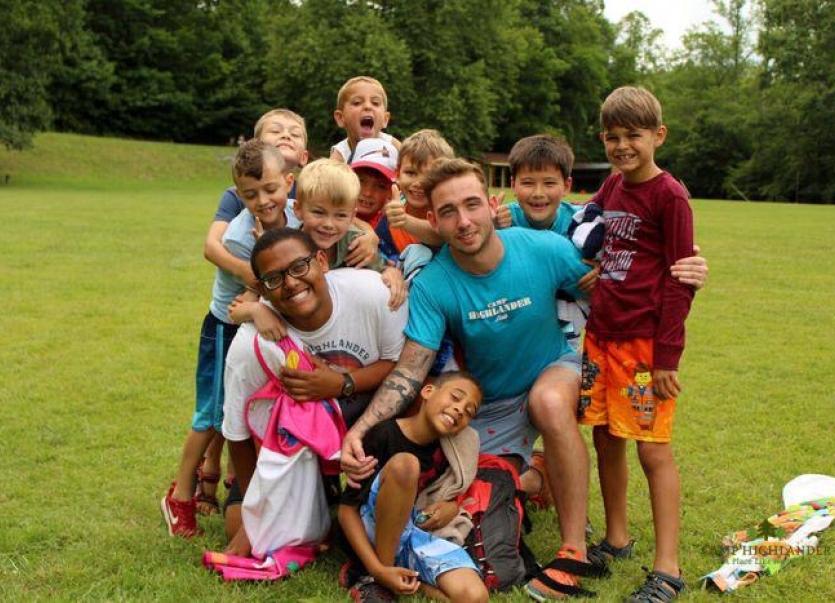 Calvin Kennedy with some of the children who attended the US camp.

The dream had come true and Calvin Kennedy’s life was all mapped out.

Football stardom, fame and, of course, the money. However, the problem with dreams is that eventually you have to wake up.

At the age of just 14, Calvin thought he had achieved every schoolboy's dream when he signed for Charlton Football Club.

His brother, Mikhail, who is 14 months older than Calvin, also signed for the famous London club at the same time.

Their photos were in the local papers. The ‘local boys done good’ were heroes in Shantallow where they had grown up.

While Mikhail, who was 16-years-old when he signed for Charlton, moved to London straight away, Calvin remained at school at St Brigid's College until he turned 16.

Then it was off to the bright lights of London.

However, things did not turn out the way they were supposed to. 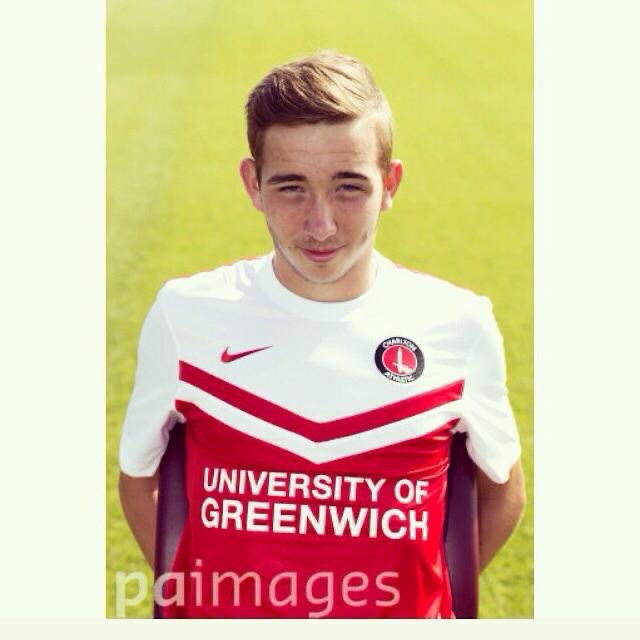 Growing up in Shantallow, Mikhail had always been the better of the two footballing Kennedys.

Calvin, whilst always regarded as a good player during his years climbing up the age groups at Foyle Harps, had never considered himself good enough to 'make it' in the world of football.

“I was a very late developer and until I was 14 I was nothing special but then suddenly I got lightening speed,” said Calvin.

This speed, allied with his natural talent, soon marked him out as a potential star.

He played on a hugely successful County Derry team in the Milk Cup and was also selected for Northern Ireland underage teams.

Not surprisingly, it was not long before clubs in England came calling.

He was invited over for a trial to Charlton and it did not take them long to see they had someone special on their hands.

“On the first day of the trial, I had a stormer,” said Calvin.

“Then on the second day I scored a goal and they said they wanted to sign me on a scholarship.”

After hearing about his equally-talented brother, Charlton signed the two Kennedys.

Mikhail headed off to London permanently, while Calvin travelled over on the school holidays to train and play matches.

It was quite a shock for a 16-year-old 'wee lad from Shanty'.

“I remember the first day when training finished. I asked 'what do I do now' and someone said 'you get the train home' and pointed to the tube station,” he recalled.

“I hadn't a clue how to use the tubes or how to get home but I had to learn pretty quickly how to look after myself.”

Mikhail and Calvin were in different age groups and did not train together but lived in the same house. 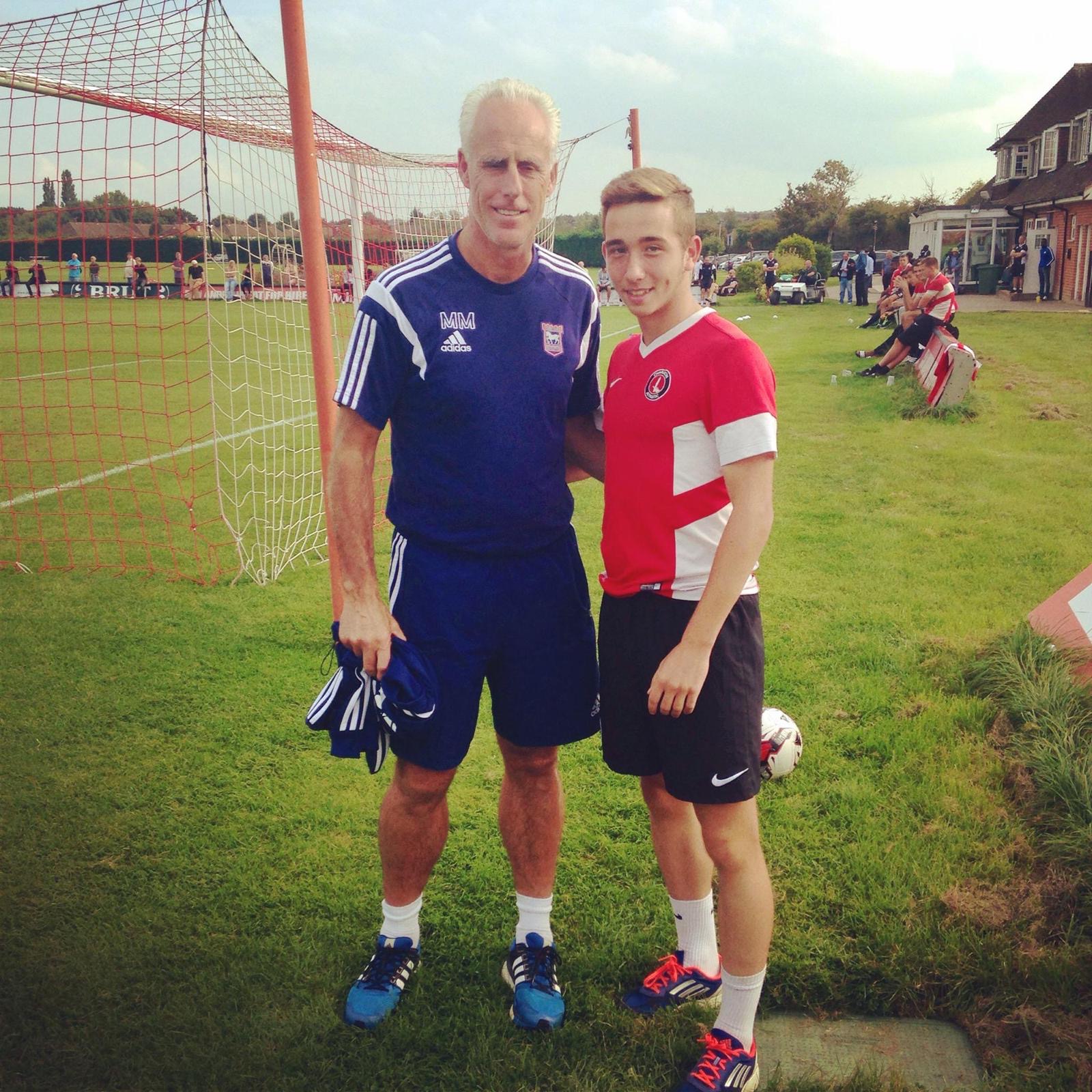 The dream of being a footballer, Calvin said, was different than he had imagined.

“God it is a tough life. It is the hardest thing I have ever done in my life.

Despite his early reservations, Calvin knuckled down and was soon making a big impression in an age group which also featured rising stars such as Liverpool player Joe Gomez.

However, things started to go wrong after around eight months in London when the young Derry man developed an injury.

After tests, it was discovered he had a hormone disease called osteitis pubis which meant that his body had reacted badly to the full-time training regime.

He struggled to recover from the injury and was forced to watch his friends continue to develop while he sat on the sidelines.

It had a big impact on his young mind.

“After about a year, I just completely broke. Mentally it just takes you down a mad spiral,” he said.

“I remember I spoke to one of my good friends who was over with a different football club at the same time and he was feeling the same.

“I said to him how can we do this, how are we supposed to live this life?”

Both of them decided to pack in the football and head home.

“We always feared that in 10 years would we regret this decision. You hear the famous stories of the men sitting at the end of a bar saying how they could have been a star,” Calvin said.

“But my friend said to me to remember how you feel on that day when you made the decision that enough is enough, so that's what got me through.”

However, the struggles he had faced in London were to be repeated when he arrived home.

“Coming back here was really tough, I won't lie,” he said.

Suggestions that he had 'failed' were something that really angered him.

“I had the balls to do it, I went and did it and bettered myself. I've got the experience and came back but I am still a failure to you guys.

“I decided then, you know what, I don't want to live in a place like this.”

Living in America had always been a dream of Calvin's.

He went to the US when he was 14 on holiday and this only reinforced his love of all-things American.

After returning to Derry, he completed his A-levels at the North West Regional College.

However, he did not want to follow the natural path on to university.

“I did not want to go to uni for four years and party and come back with a degree you are never going to use. That is not me,” he said.

Instead, after reading about job opportunities at Amercian summer camps, he thought this was a perfect chance to marry his love of the US with a desire to leave Derry.

He was glad to get away.

“I was in a bad way in 2017. I had been hounded for two years about why I had packed in the football and going to America was 100% a runaway.

“I wasn't going there because I was in the right place mentally. I was going there to escape. 100%.”

However, it turned out to to be the best decision he ever made.

He was assigned to a camp in the Blue Ridge Mountains in North Carolina.

There, he linked up with young people from throughout the world who had also signed up to work at the camp.

He spent 16 weeks there, describing the experience as 'unbelieveable'.

“It completely changed my life. After about the second week, I remember ringing my mammy and telling her that I had finally found what I love,” he said. 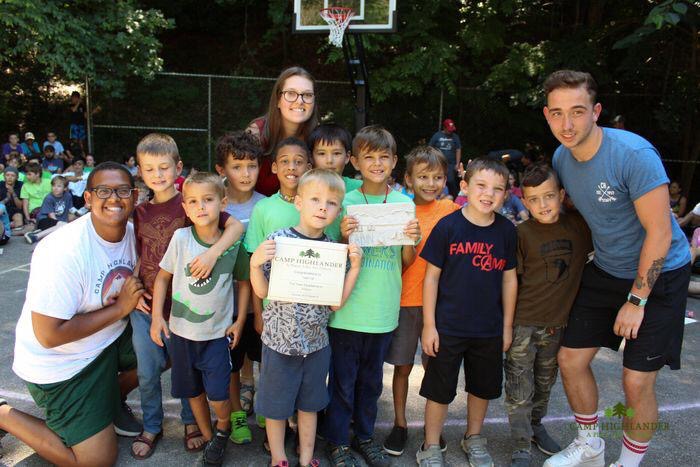 After finishing up at the camp, where he worked as a sports coach with groups of children from as young as six-years-old,

Calvin and five of his new friends bought a cheap van and travelled around 6,000 miles across 30 states in the US over the course of 45 days.

“That was the best trip I ever did and it hardly cost me anything,” he said.

“You could not pay for the experiences I had during that time.”

When it came to coming home, the lads handed the keys of their van to a homeless man in San Franciso.

Another great story to tell from his unforgettable summer in America.

Coming home to Derry was tough once again, even though he always missed his family and friends.

He was only home a few weeks when he booked a one-way flight to South Africa where one of the friends he had made at the camp lived.

He stayed there for 10 weeks, travelling around with his friend and picking up bits of work.

After returning to Derry again, he got his head down to work and save money for his plans to get back across the Atlantic.

He headed back to another summer camp in North Carolina.

After the camp finished up, Calvin again went travelling with friends and ended up spending Christmas in New York.

He has been back in Derry since February of this year but is again planning to head out to the US this summer for another camp experience.

He wants to tell his story to give young people in Derry a chance to see what opportunities are out there. He has seen up close with some of his friends how disillusioned and 'lost' in life many young people in his home city are.

He wants them to know that they could also have similar experiences to those he has enjoyed in recent years.

“You do not need big amounts of money to be able to do this,” he stresses. “People see my photos on Instagram and think how is he doing that, he must be loaded but I am not.

“The drugs and suicide in Derry is way too high and it's because many young people believe there is nothing here for them.

“I want them to read my story and think 'I could do that'.

“By signing up for a summer camp in America, it's the best experience ever and it only costs a few hundred pounds for the whole summer.

“It doesn't even feel like a job. You're up in the morning and you could be white-water rafting or abseiling down a rock face or paint-balling. It is just the best experience ever.”

Calvin admits that he has no definite plans for what he wants to do long-term.

However, that is part of the attraction.

“I am a young man and I am just enjoying life.

“Having had the experience of the camps, I just love working with the kids and teaching is maybe something I would think about in the future.

“This is an option I would never had had if I had not worked at the camps.” 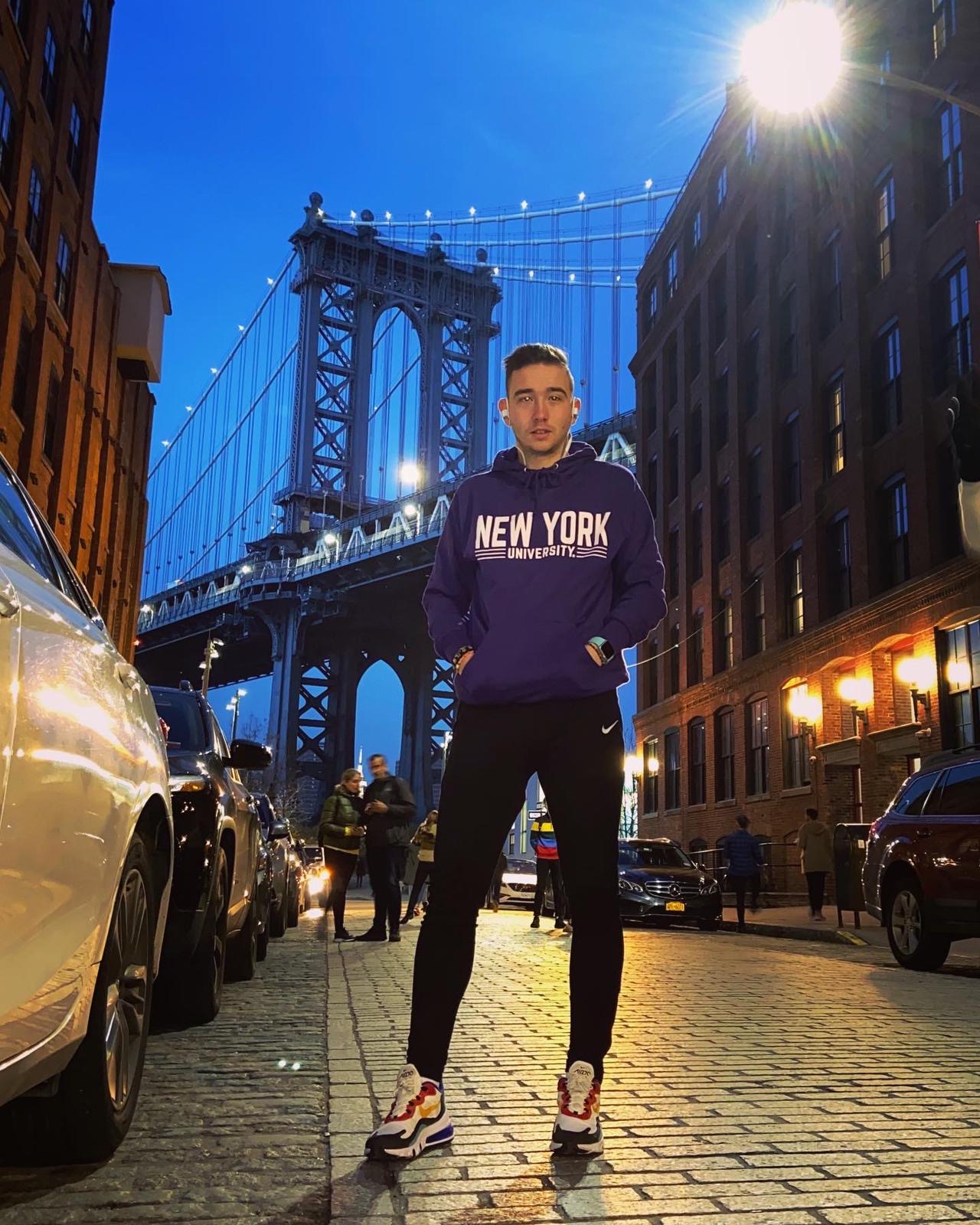 While his life may have been mapped out differently a few years ago, the young Derry man is very happy with where it is right now.

“It would have been easy for me to come back from England and say poor me, I got an injury and drink my sympathy away.

“However, I came back and decided that I was not going to let it turn me into a stereotype of a failed footballer.

“I didn't fail and to be honest the football was the best thing that ever happened to me because it fast-tracked what I really want to do in life.”

Calvin travels to the US camps through Inter-exchange, a non-profit organisation which links applicants up with camps in Ameria. The cost to participants, which include programme fee, visa and flights, is around £500. Participants are paid a minimum of $1,600-$1,750 for 8-10 weeks of working at the camps. For more information, email them on campusa@interexchange.org or log on to their website at www.interexchange.org

The Food Warehouse is to open an outlet at the Crescent Link Retail Park.

The local port had a turnover of £10.4m in the last financial year.

Fort George is one of the key projects affected