Sister Clare Crockett... the young Derry woman who turned her back on fame to become a nun and follow God

Four years after her death, calls grow for the young Irish nun to be made a saint 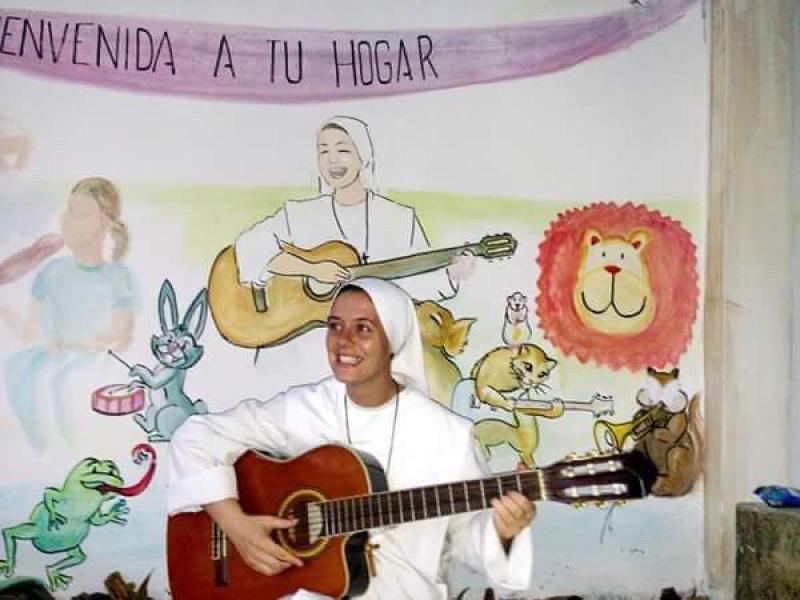 A young Derry woman who died in an earthquake in Ecuador almost four years ago has become famous around the world since her tragic death.

Sister Clare Crockett was a self-confessed party girl with a promising showbusiness career in front of her but she turned her back on fame to follow God when she joined the  Servant Sisters of the Home of the Mother at just 17.

Since her tragic death at just 33, many miracles have been attributed to her intercession.

Clare grew up in Derry's Brandywell and was a popular and outgoing girl who and dreamed of being famous.

By her late teens, she had secured an agent and was on the verge a successful acting career, but like many girls her age she spent her weekends drinking in pubs and clubs.

"She wasn't a bit religious growing up,"  her sister,  Shauna Gill, remembered.

"We used to dob mass and Clare and my sister, Megan, would go and buy fags  and they'd buy me a Taz bar to shut my mouth," she smiled.

Clare made her acting debut in 'Sunday' Paul Greengrass's  film about  Bloody Sunday.

She had also landed a gig presenting a youth show on Channel 4 and had been approached by Nickelodeon  about further presenting roles.

In the year 2000, Clare's friend had to drop out of a trip to Spain and she was asked to go in her place.

It was only after her name was on the ticket that Clare realised it was a Retreat, organised by the religious order the Home of the Mother.

"She thought she was going to Ibiza for a free trip away," laughed Shauna.

Clare would later describe how she spent the first few days of the trip smoking and sunbathing, but on Good Friday she experienced something that was to change her life.

The group attended a Good Friday service and the congregation were asked to kiss the Crucifix.

When Clare's turn came, she had an overwhelming feeling that Jesus loved her and had died for her.

She later told people that her sins had nailed him to the cross.

"She kissed the cross and it was her life. That was it," said Shauna.

Clare returned to Derry as a very different girl, but it took her another year to answer God's call to become a nun.

"She tried to fight it," said Shauna.

"If our father was giving her a lift to the 'Bound for Boston' bar she would say don't drive past the Long Tower chapel because God used to stand at the gate calling to her."

On one of her many nights out Clare had too much to drink and went into a toilet cubicle to be sick.

She had a strong sense that someone was watching her and then heard God's voice in her head saying 'why do you keep hurting me?'

Clare said she felt that she was nailing Jesus to the cross once again, and in that moment she decided she should devote her life to him. 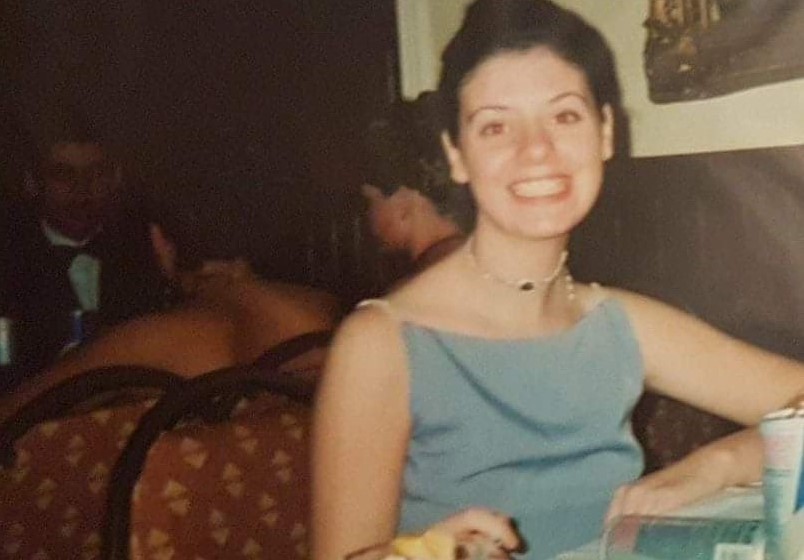 She told her family she was moving to Spain to be a nun with the  Servant Sisters of the Home of the Mother who she had met on the Retreat.

"We were shocked," admitted Shauna.

"She was the most dramatic, outgoing person you could ever meet in your life.

"I think the priests thought she was a big eejit at the start."

But Clare had always been her own person and was determined not to let anything stand in her way.

"She didn't care what anyone else said," Shauna recalled.

"She had never cared what anyone thought of her.

"She used to wear horrible clothes, well to me they were horrible.

"Clare was stunning, but she didn't care what she looked like.

"She would just run her fingers through her hair and go out the door."

Heartbroken at their daughter's decision to start a new life so far from home, the Crocketts hoped she would be back after a few weeks, but Clare surprised everybody by fully embracing her new way of life.

"That was her life and there was no talking to her," said Shauna.

"We still sit and say 'did that really happen, did she really go away and become a nun?' but she was so happy and she never complained.

"She made a difference to so many people's lives."

She later said God told her 'I will be your mother, your father, your language, your country'.

After taking her first vows on February 18, 2006 she took the religious name Sister Clare Maria of the Trinity and the Heart of Mary.

She went on to take her perpetual vows on September 8, 2010 and served the Servant Sisters of the House of the Mother in Belmonte and Valencia in Spain, Jacksonville in America and Guayaquil and Playa Prieta in Ecuador.

Clare's magnetic personality and gift for music and song helped her connect with people and she had a special affinity with children.

Carmelite priest, Fr Stephen Quinn, who celebrates a Mass in memory of Sister Clare every month, said her extraordinary story blew him away.

He first heard about Sr Clare's story when he watched 'All or Nothing:Sr Clare Crockett' the film made by the  House Of The Mother Order  about her life.

The film shows footage of Clare during her 15 years with the Order and charts her life from her first Retreat until just days before her death.

"She fitted more into her 33 years than most of us ever will.

"It's not just the attributed miracles.

"You have to look at who this girl was and the life she came from and how she became a nun.

"When you see nuns these days they are old women in their 70s and 80s, but this is a girl who gave her whole life to God and that is the greatest miracle of all."

Towards the end of her life Clare started suffering from severe migraines that made her physically sick.

It emerged after her death she was suffering from a bleed to her brain, but she had continued to work as hard as ever telling her Sisters that she wrote a blank cheque to God every day.

"Every time you saw her she had a guitar in her hand and she was singing and she had a whole tribe of wains behind her," Shauna recalled.

Just days before she passed away Sister Clare told her fellow nuns that she knew she was going to die young and even suggested she might die at 33 like Jesus had.

On April 16, 2016, Sister Clare was crushed to death in the stairwell of her school in Playa Prieta in Ecuador as she attempted to guide five girls to safety during an earthquake.

When her body was discovered she was carrying a piece of her guitar in her hand.

Her mum, Margaret, who passed away on lSeptember 1 last year at 58 from vascular dementia, never got over her daughter's death.

"She'd say 'why did our Clare leave me?' but she's doing more now that she has died than she could ever have done alive.

"It makes the grieving easier.

"She is doing so much for people."

After Clare died she was brought back to Derry and laid to rest at the City Cemetery where her grave has become a place of pilgrimage for visitors from around the world.

"We were overwhelmed," said Shauna.

"She's just not another person who died, people have kept her legacy and her name going.

"There's a wee man who comes from Toome every fortnight with flowers from Marks & Spencer and goes to her grave.

"That's her effect everywhere you go.

"People are just devoted to her."

A prayer group which asks Sister Clare to intercede for them meets weekly in Derry.

"We have a packed room every time and people get a great feeling," said Shauna.

Several miracles have been attributed to Sister Clare, including the birth of twins to an infertile couple and the recovery of a young boy on life support whose parents had been told he would die.

So what would Sister Clare make of calls for her to be made a saint?

"She would love it," smiled Shauna.

"She went from only ever wanting to be famous and live a life of luxury to giving everything up.

"But she made the right choice.

The Mass in memory of Sister Clare  takes place on the second Sunday of every month in Termonbacca at 7pm.
Her anniversary Mass will take place on Sunday, April 19, in Termonbacca.

The Sister Clare Novena prayer group meets every Monday at the  Search youth group premises in the Iona Business  Park (off Southway between Creggan and the Brandywell) at 7.30pm.