AE22: Listening to what people want has been neglected in politics, says first-time candidate

Claire Hackett is contesting her first election as Alliance candidate for Mid Ulster. 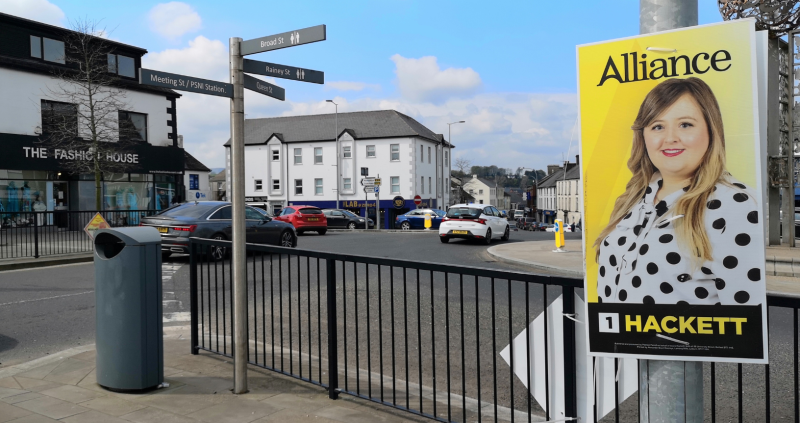 Mid Ulster is the only area of Northern Ireland without an elected Alliance representative at any level of politics. Liam Tunney speaks to their latest candidate Claire Hackett about institutional reform, abortion services and becoming the change she wanted to see.

Alliance's Mid Ulster Assembly candidate is unassuming enough to think I won't recognise her when she turns up for our scheduled interview.

“I'm in the flowery dress and white gutties,” she explains on the phone.

Claire Hackett is yet another first-time candidate standing in Thursday's Assembly Election, and after a meandering journey to get here, she doesn't describe herself as a 'politician'.

A qualified solicitor, the Dungannon woman also trained as a dispenser in Boots, and was about to embark on a career in midwifery when childcare complications caused her to defer her course.

In the meantime, she became involved in community work, and says the one thread tying everything together was a desire to help others.

“I think it does no harm for people to see the human side,” she told the County Derry Post.

“I'm not paid to do Alliance work. I work four days a week to support my family and then I am with my children the rest of the time and it's juggling all that. 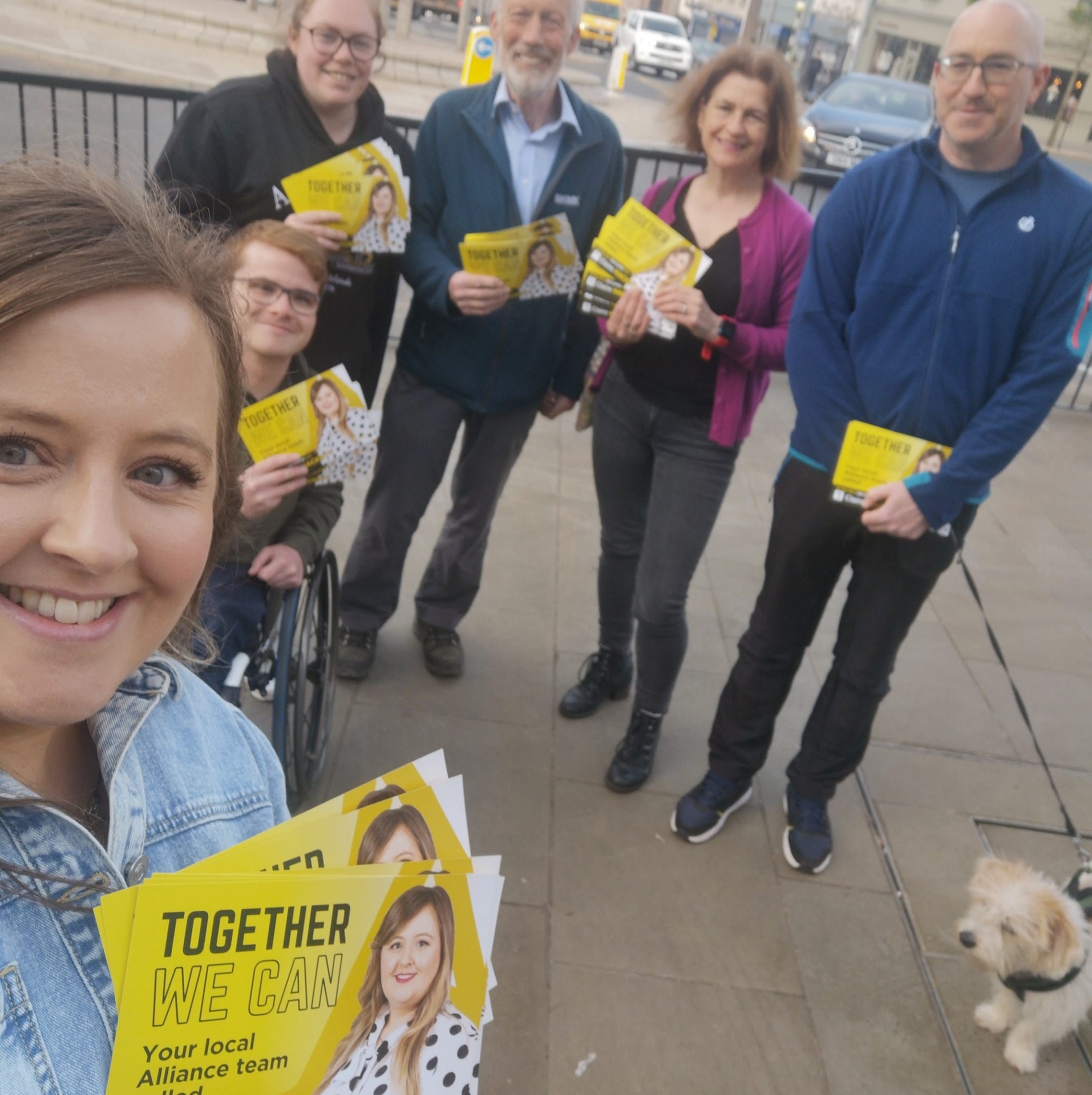 On the campaign trail in Mid Ulster.

“That's part of the reason I got involved in politics, because I never felt represented by the other people out there. They never really had that human touch.

“It's something I take from community development, because its key is listening to people, to what they are telling you the issues are and what they need.”

Claire's experience helping others took on a new dimension when she formed the online blog Mummy McMumface after her own mental health took a dip following the birth of her second child.

“As a mum, my mental health took a hit the second time round, because of the pressures I felt that everyone else was doing a much better job than I was,” she said.

“The first message I got was from a mummy saying 'thank you'. She felt she was the only one and it was good to know somebody else was struggling too.

“Talking about things like mental health, breastfeeding, post-natal incontinence, relationship struggles; conversations no one was having about things so many people experience.”

Alliance operates a 'conscience' vote when it comes to the issue of abortion services, with Claire being passionately pro-choice.

She says the taboo nature of the subject – particularly in rural areas – can leave women feeling unable to turn to their loved ones for support.

“Women from rural areas have abortions. I have had women contact me because they have seen me talk about being pro-choice and they have nowhere else to turn,” she said.

“It's a sad state of affairs when you can't turn to your mum, your sister, your friend, whoever, to say 'I don't know what to do here'.

“This is my take on abortion; it's going to happen, whether you like it, whether you would have one and whether it's legal.

“It is going to happen, and it's just a case of whether these women do it legally, safely and with support.” 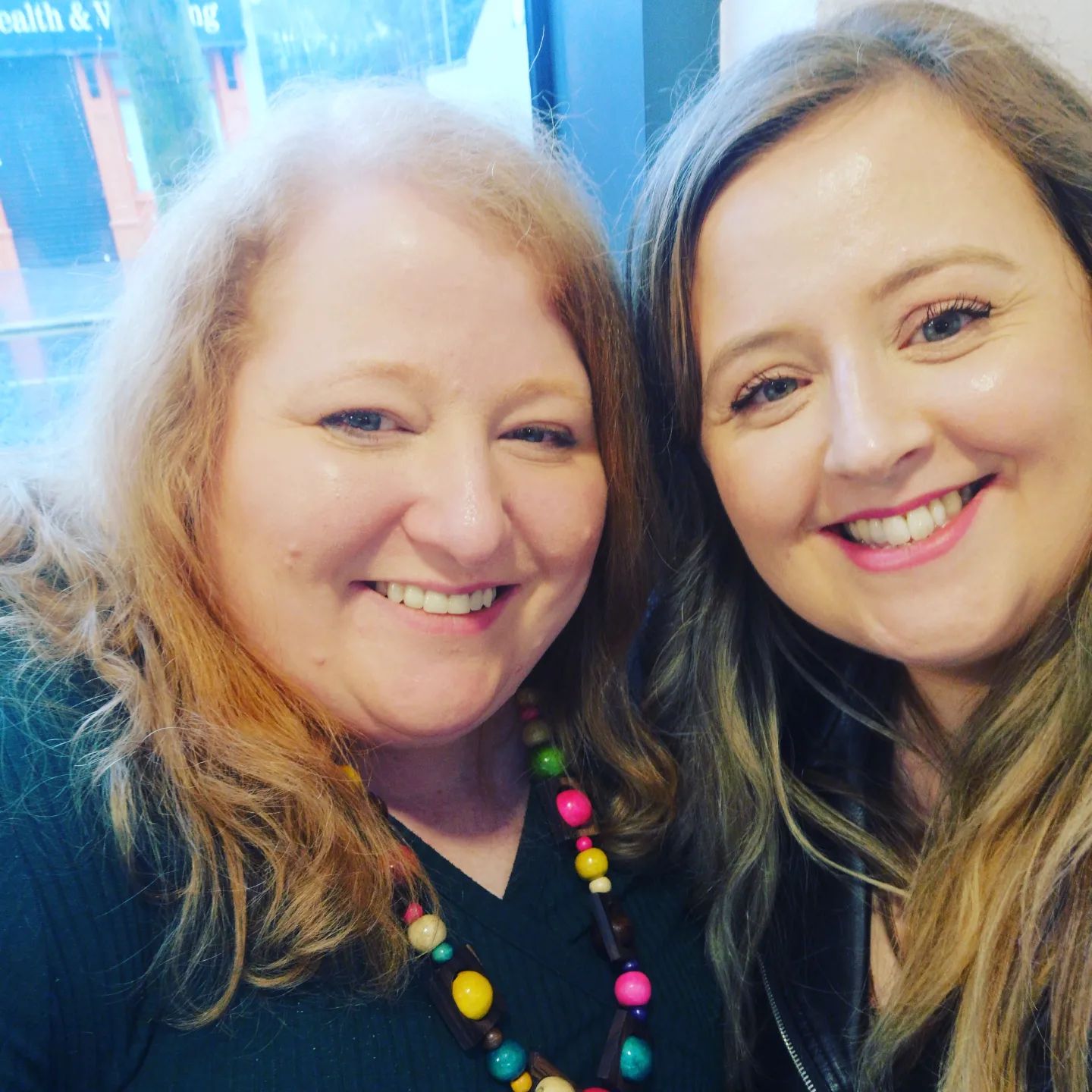 The Alliance manifesto, published last week, is focused on reforming the Stormont institutions, most notable ending the designation of parties as nationalist or unionist.

“The DUP just collapsed everything amid a cost-of-living crisis and I think they have a brass neck on them asking people to vote for them,” said Claire.

“The fact they may not take office if Sinn Féin come out on top, means they are holding people to ransom. The parties that are willing to work; let them at it.

“I think you could see towards the end of the last mandate, when all the parties managed to push through so much legislation while the DUP were on the sideline.”

The manifesto raises the possibility of a Civic Forum and Youth Assembly, something Claire feels will allow politicians to really listen.

“It's mind-blowing that it hasn't been put in place, because it doesn't seem controversial, it seems like something that would be really useful,” she said.

“It would have stakeholders and service users in a convenient place for our elected representatives to listen to them.

“Maybe that's the problem; they don't want to listen. They want to keep promoting their own narrative instead of listening to the people of Northern Ireland.”

Claire says politicians need to listen to what ongoing help people need and that a childcare strategy is of utmost importance.

“We're the only part of the UK that doesn't have that, which is incredible, because it affects everything,” she said.

“It affects women's ability to go out to work, their mental health, the whole family dynamic. The childminders have a lower quota than the rest of the UK, so that reduces availability and their earning.

“Childcare is one of those things where we need that initial investment in terms of subsidising it in some way.”

Facing into her first poll, Claire has come full circle – from apathy to active engagement. She didn't see the politician she wanted, so she decided she would do it herself.

“NI politics is still an absolute head melt, but I figure I can sit at home getting really annoyed about it, or I can try and change it,” she said.

“I got involved to be the politician that I wanted. Somebody I could relate to and felt understood.

“The constitutional issue keeps coming up and people can't get their head around the fact we don't identify as unionist or nationalist.

“That's what frees us. It's not that we don't see it as an issue. It's on the periphery, it's always there, but it's not right here.

“What's here is the cost of living, education, health - and not having that constant blind spot is what frees us up to try and find real workable solutions for everybody in Northern Ireland.”