Stephanie Quigley says she has been vocal in challenging corruption at local level. 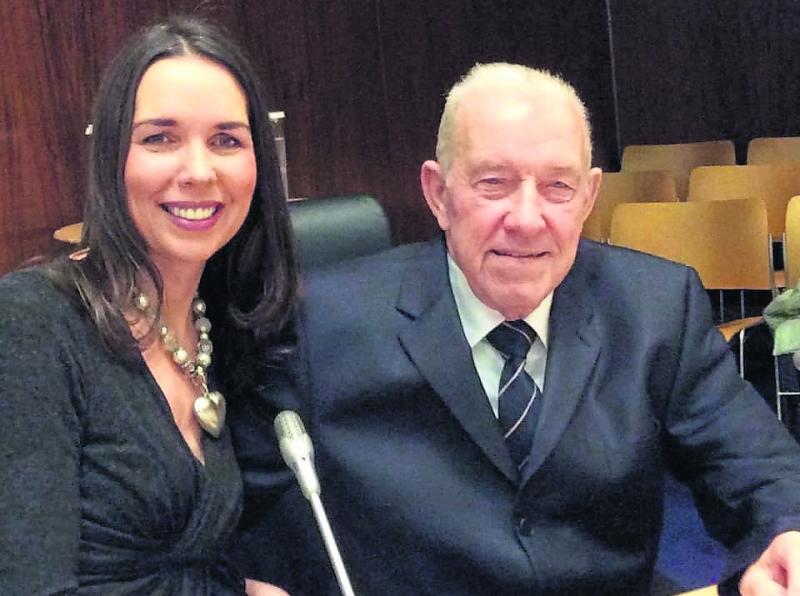 Stephanie Quigley pictured with her dad, her 'hero', Gerry McLaughlin, who also served as a local councillor.

Over the last eight years, Stephanie Quigley has been 'listening and responding to the needs of the community' as a local councillor in Causeway Coasts and Glens.

Having followed in the footsteps of her 'hero' dad Gerry McLaughlin, the former community podiatrist was co-opted onto his SDLP seat in 2013 in the legacy Coleraine Borough Council.

She was successfully re-elected in 2014 and again in 2019 onto Causeway Coast and Glens Council.

However, in 2020, Stephanie decided to leave the party and become independent.

Her decision to distance herself from the party came after SDLP members voted in legislation from Westminster to legalise abortion up to birth for non-fatal disabilities, such as Down Syndrome, cleft palate, and club foot.

Now, mum-of-five Stephanie is hoping she can continue her work as an elected representative and secure a seat as an independent in East Derry in the upcoming assembly elections.

The Coleraine native said she decided to put herself forward as she believes she is 'a much-needed voice in anti-corruption politics'.

“I have been vocal challenging what I believe to be misconduct and corruption at local government level and I am a much-needed voice in anti-corruption politics,” said Stephanie.

“My passion for leadership, shaped by my values of fairness, equality, justice and giving voice to those who have none, have kept me focused on delivering change for the good of everyone.

“I have witnessed, first hand at grass roots level, that great things can be achieved when people get together and work together for the good of the people we serve.”

As an independent, Stephanie, who comes from a family of ten children, says she is free from party politics and feels she can make her own decisions 'without political agenda'. 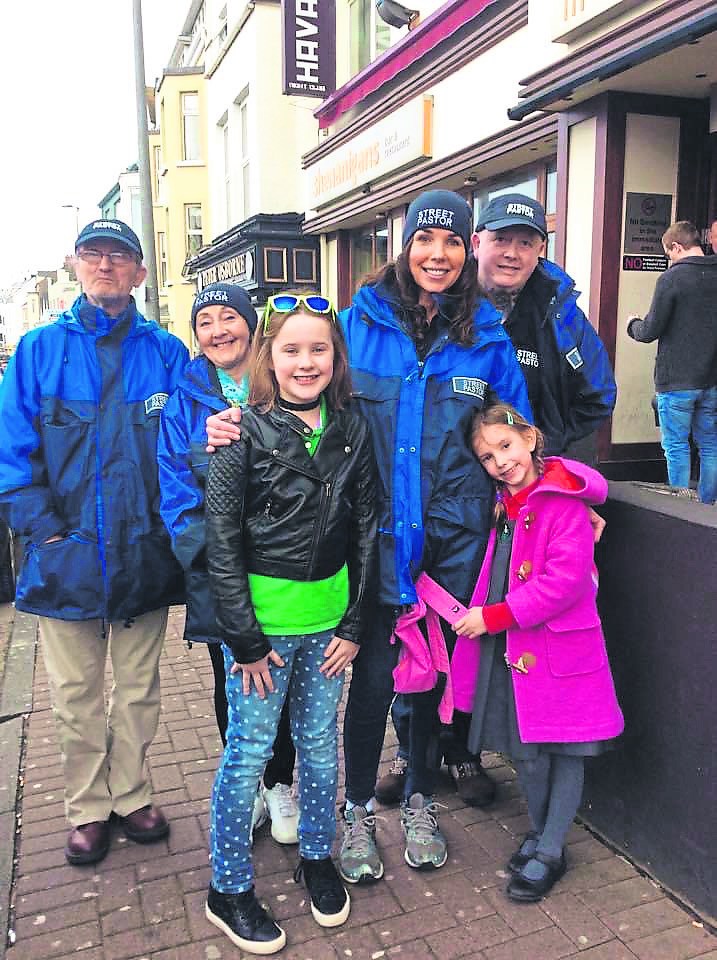 Stephanie pictured with some of The Street Pastors, an initiative she started seven years ago.

“The independence of my position means that I can represent every constituent in this community who longs for a better future, unencumbered by party politics,” she said.

“I am not bound by party politics which means I can fully listen to the people. I am free to come to my own decisions without any political agenda.

“As an Independent I'm free from party politics to focus on what people need. And what Northern Ireland really needs is for politicians to sit down and talk. We all need to put people before political agendas.

“With regards to the NI Protocol, it’s fair to say that while there are many unresolved difficulties, it’s also clear that the relationship between the UK and the EU has improved dramatically since Brexit due to their partnership on the Ukraine.

“We therefore have an opportunity to get all parties onboard to look and see which parts of the protocol are working, in terms of inward investment, and what needs changed and adapted.

“I feel that nobody should be afraid of having a conversation about Northern Ireland’s constitutional future.

“Part of the difficulty of this conversation, which we need to overcome, is that the Good Friday Agreement never really clarified the conditions under which a border poll could take place. 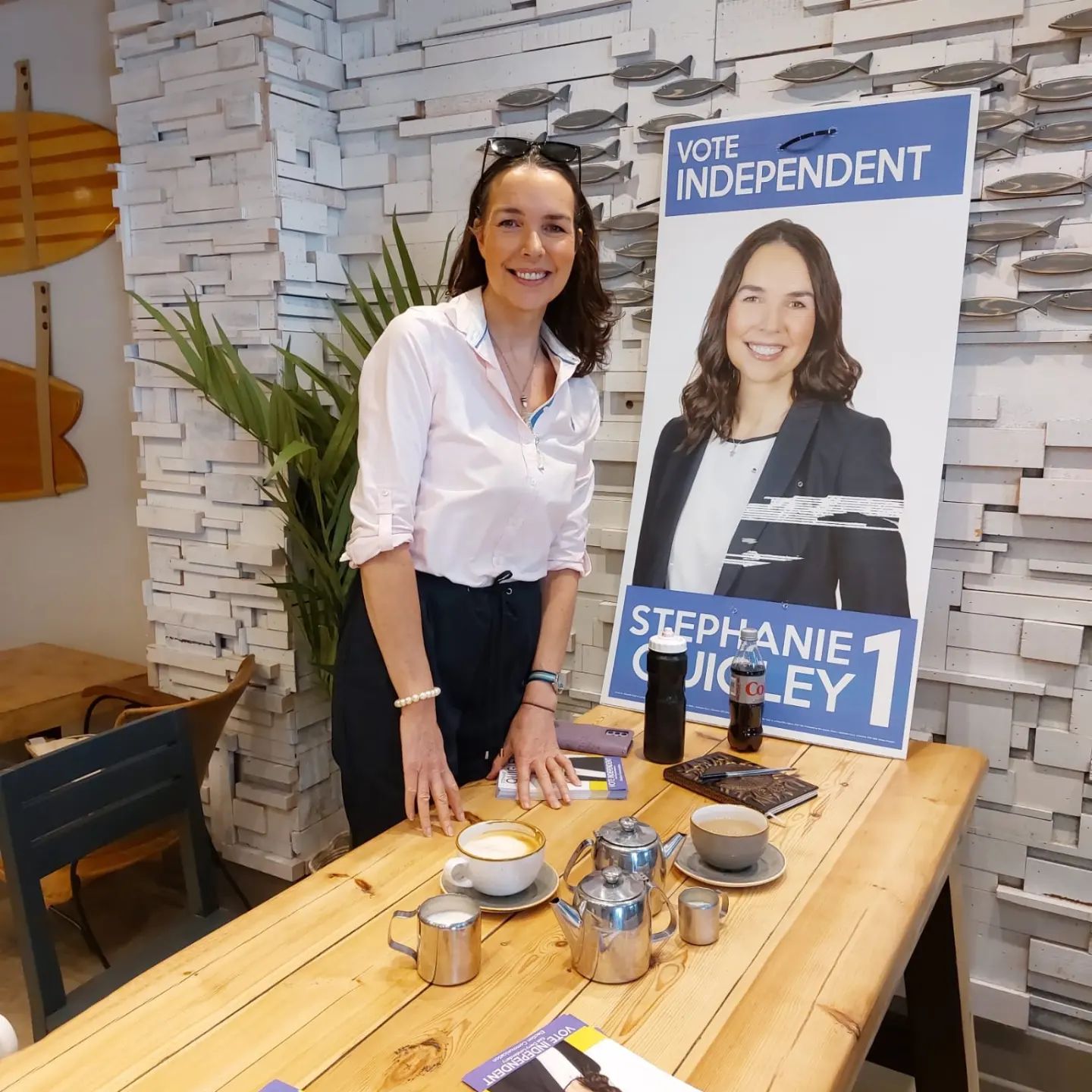 Cllr Quigley has been running informal constituency surgeries in local coffee shops in the run up to the election.

"These are the questions that really need answered. We need to get the correct information to be able to make an informed decision.”

Whilst out canvassing over the last number of weeks, Stephanie says one topic that comes up more than any other is the current energy crisis.

“In Northern Ireland we have seen a rapid rise in energy prices throughout the winter months. This has meant many consumers have been caught unaware and have faced extended hardship this winter.

"This is yet another example of households in Northern Ireland being further disadvantaged in comparison to their GB counterparts, as they cannot avail of the additional protections provided by the existing price cap,” said Stephanie.

“We have currently no price protections in place to protect consumers. Over the last six months the price of 900L of oil has risen from £454.75 in December to £1,181.53 in early March putting many households under increased pressure.

“Vulnerable households have been left in the cold for far too long.

“The existing Fuel Poverty Strategy for Northern Ireland is now over a decade old and can no longer be considered fit for purpose.. We need to commit to the delivery of a new and ambitious strategy.”

Among other issues which Stephanie is passionate about are housing shortages and health service waiting lists.

“As we continue to experience the detrimental impact of housing shortages, I will continue to endeavour to secure affordable homes for all. I believe that suitable housing is a fundamental right that should be provided to all,” she said.

“We have a housing crisis in this area and I will continue to campaign for affordable homes for families and young people who cannot afford to get on the property ladder.

“As Health Service waiting lists are at an all-time high, we need pragmatic leaders who can look beyond party politics and ensure that patient care becomes a priority.

"Having worked as a Podiatrist in the Health Service for over 22 years, I know first-hand the impact of efficient and quality care.”

Stephanie has worked tirelessly with local charities over the years and was responsible for introducing to the borough seven years ago 'The Street Pastors Project' which brings local people together from every denomination, training them to go put on streets of local towns to take care of people enjoying the night-time economy.

She has also worked with the North Coast Sock Appeal for Homeless and other high profile events raising money for The Samaritans, Womens Aid , NI Cancer Fund for Children.

She volunteers for the Anthony Nolan Bone Marrow Register recruitment team in the UU Campus and chairs the well-known Causeway Darkness into Light Committee, a charity aimed at raising vital funds for people affected by suicide and self-harm.

Stephanie is also known to stand in oppostion to the proposed mining in the Sperrins.

“A Canadian company Dalradian Gold has applied for planning permission for a goldmine and processing plant in the Sperrin Mountains, an Area of Outstanding Natural Beauty , and I am completely opposed to this,” she said.

“Having researched gold mining globally , I fail to find a single good news story in any country in the world.  I will continue to support the local United Against Mining group and do all I can to oppose these large corporations.”