This footage was captured close to Lavey on Monday at around 1.20pm.

The family of a woman who was involved in a hit-and-run road traffic collision earlier this week have appealed to the driver of this jeep to get in touch with police.

It was reported that a Land Rover jeep, which was blue in colour and towing a horsebox, pulled out in front of a car at the junction of the Mullagh Road and the Glenshane Road at around 1.40pm.

The car, a blue Mercedes A-Class, swerved in an attempt to avoid the jeep but instead struck an oncoming white Volvo truck.

The car was left with significant damage and its driver, a female in her 50s, was taken to hospital by ambulance for treatment to her injuries.
The driver of the Land Rover jeep did not stop and drove on in the direction of the Glenshane Pass towards Derry. 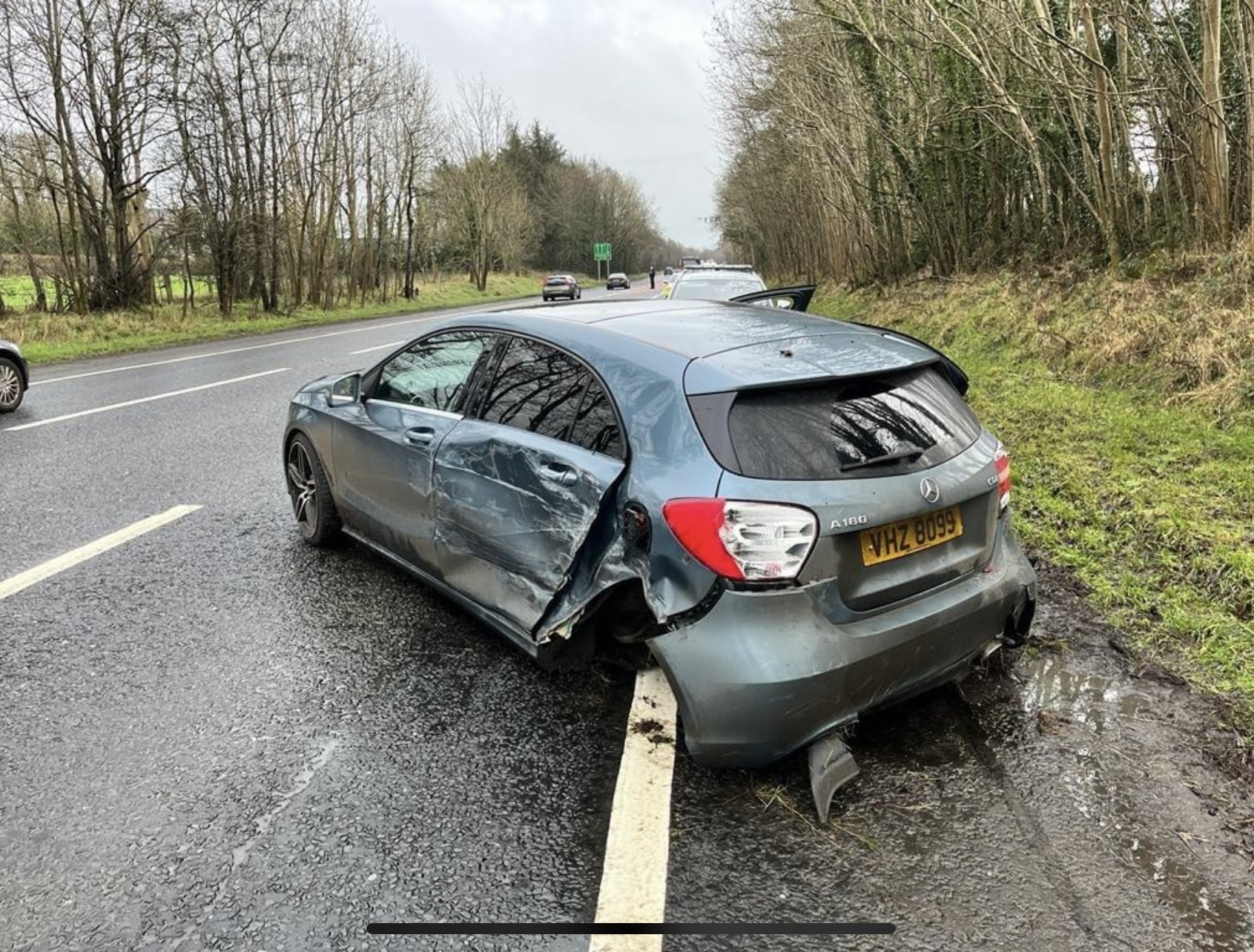 The family have obtained CCTV footage of the vehicle they believe pulled out in front of their mother's car however the registration plate isn't clear.

They are currently viewing other footage from nearby properties.

The image of the jeep and trailer, suspected of being involved, was captured between Clady and Lavey.

Appealing for information earlier this week, a PSNI spokesperson said: “Officers are appealing to anyone with dash-cam footage recorded in the area at the time of the collision or with any information which could assist them with their enquiries to contact police on 101, quoting reference number 803 10/01/22.”