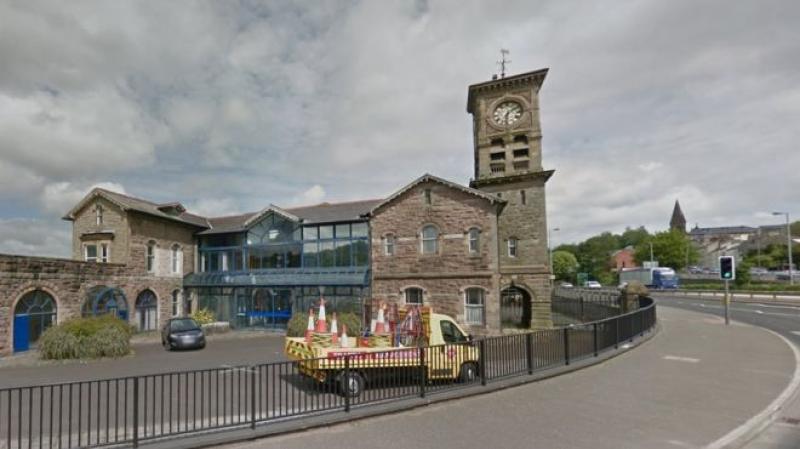 The Waterside Railway Station has be regenerated thanks to the work of the North-West Hub who have been nominated for an award.

Foyle MLA Mark H Durkan has urged the people of Derry to get voting and bag the North-West Transport Hub a prestigious award.

The Hub was set up to improve Derry's transport links in particular, the railway station at the Waterside.

A re-generation programme saw the demolition of the station that was established 41 years ago and in its place, a new station situated where the original Waterside Station had been operating from between 1874 to 1980.

As a result, the North-West-Hub has been nominated for the Institution of Civil Engineers (ICE) People's Choice Award for 2021.

And SDLP MLA Durkan has appeal to the Derry public to log on and help bring the ICE crown to the city.

He said: “Our very own North West Transport Hub has been nominated for the ICE People’s Choice Award 2021. This international award celebrates the top civil engineering project as voted for by the public.

“The nomination in itself is a huge recognition for the Transport Hub and truly cements the North West’s place on the map.

“Infrastructure Minister, Nichola Mallon has made every effort since taking up her role to address regional imbalance, unlock potential and improve connectivity in the North West.

“The North West Transport Hub is the embodiment of that promise- this nomination is an important recognition of innovative infrastructure internationally.

“I would urge people to show their support and vote online for the NI Multi-Modal Hub.”

John Glass, Translink’s Director of Infrastructure and Projects, said: ‘‘The North-West Transport Hub has taken a key piece of Derry’s architectural heritage and sensitively restored it to a state of the art, 21st Century transport facility, an appropriate gateway to this vibrant city and the wider North-West region, as well as a key driver of active and sustainable travel.

“Translink was delighted to fulfil our commitment to the local community by restoring this fine example of Victorian railway architecture to its’ original purpose and we are very proud that the Hub is a finalist in the ICE People’s Choice Awards.

“This is a worthy recognition of the Translink Project Team and our development partners and it is a genuine honour to be shortlisted in such a prestigious international competition.

‘We want to appeal to the people of Derry-Londonderry and the wider community to help claim this accolade for the North-West and show the world what a tremendous asset the North-West Transport Hub is.”