Mr Fahy's law firm operated in Derry for many years. 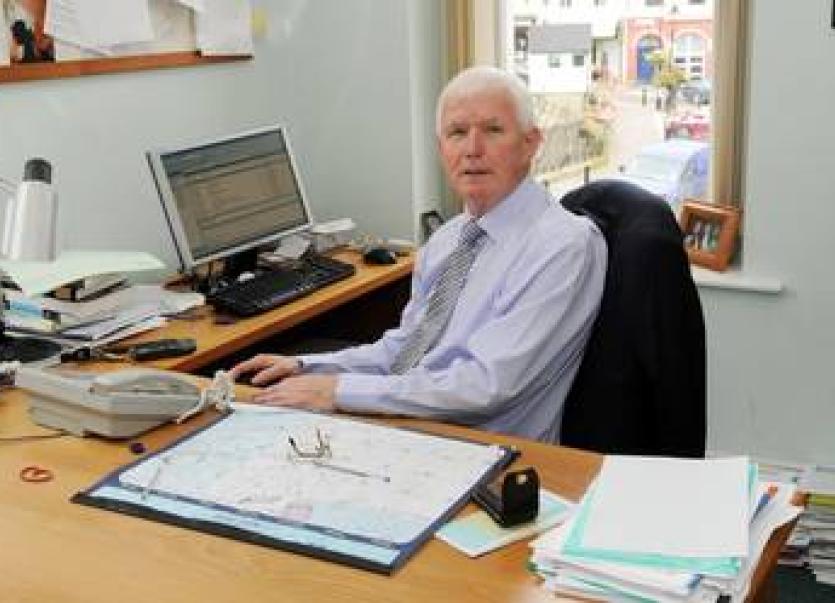 Pat Fahy died on Thursday (October 31) after a period of illness.

Tributes have been paid to well-known Co Tyrone solicitor Pat Fahy after he passed away following a period of illness.

Whilst primarily based in Omagh and his law firm Patrick Fahy & Co also operated an office in Derry for many years and the company also has branches in Dungannon and Enniskillen.

The law firm’s premises remained closed today as a mark of respect after the 75-year-old lawyer lost his battle with illness on Thursday night (October 31).

A former student of Omagh CBS and a graduate of Queen’s University, Pat Fahy entered the legal profession in 1970 having served three years as an apprentice in Derry. The lawyer was also chair Omagh Civil Rights Committee.

Mr Fahy took on many high-profile cases campaigning for the truth about killings in the North during the Troubles. Ongoing cases included representing the families of Trillick councillor Patsy Kelly who was murdered by loyalists, in 1974 and Paddy McElhone, a 23-year-old unarmed Pomeroy man shot dead by the British Army, also in 1974.

As a member of Sinn Fein Pat Fahy operated as an election agent for many of the party’s candidates including Pat Doherty when he won the West Tyrone Westminster seat for the party for the first time in 2001.

Sinn Féin vice-president, Michelle O’Neill: “Pat Fahy was a long-standing republican and Sinn Féin activist going back many years,” she said. “He served as election agent for Pat Doherty, former Sinn Féin MP and was central to building and developing the Sinn Féin party organisation in West Tyrone.

“He provided legal representation to many nationalists and republicans throughout the conflict and campaigned for truth and justice in many legacy cases since.

“On behalf of the Sinn Féin leadership I wish to offer our sincere sympathy, condolences and solidarity at this time to Pat’s family, and his many friends throughout Tyrone and across Ireland.”

In 2014 Mr Fahy achieved a doctorate in human rights, an award he described as “one of the most uplifting experiences of my life.”

Outside of work, Mr Fahy’s passion was his native Drumquin, Gaelic games and culture. He played for Tyrone minors in 1961 and 1962 and served as chairman of the local Wolfe Tones GAA club in Drumquin. He was also a passionate follower of the Tyrone team.

A statement released by Adrian O’Kane, of Patrick Fahy and Co Solicitors, read, “For 50 years Patrick Fahy practised as a solicitor in John Street, Omagh. He represented his clients with distinction, ensuring that their rights were defended. To his very final days in Palliative Care, Omagh, where he was receiving the very best of attention, Pat was asking about this case or the other. Whether life, law, politics or GAA, Patrick Fahy was sure to commit himself to the last”.

Mr Fahy will be laid to rest on Sunday in his native Drumquin following Requiem Mass.