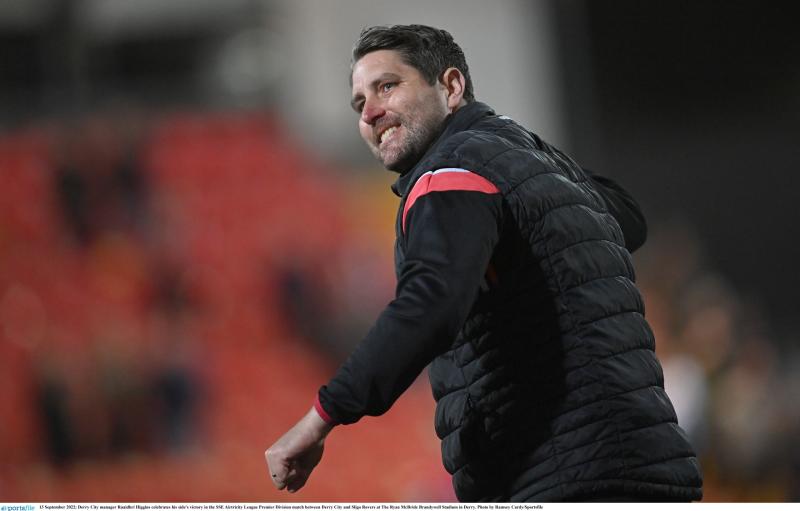 Ruaidhri Higgins has praised his players after they made it four league wins from four with victory over Sligo Rovers this evening.

The City boss, who has now led his team to 12 league games unbeaten since losing at Sligo at the end of May, highlighted the togetherness in the squad who have built significant momentum ahead of this Sunday’s FAI Cup Quarterfinal against Shamrock Rovers.

“We started the game very, very well; Ryan Graydon misses a good chance after a few minutes and we looked really at it,” he reflected afterwards.

“I have to say, that our intensity in the first 35 minutes, in and out of possession, was outstanding. I thought we were superb and we probably should have had another goal at half time, which would have taken some pressure off us after the break.

“There’s been many a game this year which we’ve dominated but we’ve drawn, so we’re showing a different side to us and a togetherness and there’s good leadership in the team now and it’s a big, big win for us without being brilliant. I’m delighted with how professional we were in the second half.

"The players deserve huge credit for what they’re putting in every week. It’s a real squad game and the group is together and we are all fighting together.”

Candystripes move to within one point of Shamrock Rovers

City have now kept five successive clean sheets in all competitions, with this one achieved with Sligo not having a single shot on target in the 90 minutes.

“Sligo have won three on the spin; I know they got points docked, but they won three on the spin and they are in good form. They are a good team with loads of good players so it was never going to be a night where we would just dominate the game from start to finish, but Brian Maher didn’t have a save to make, and that shows the effort the players out in. It’s a big win and a professional win.”