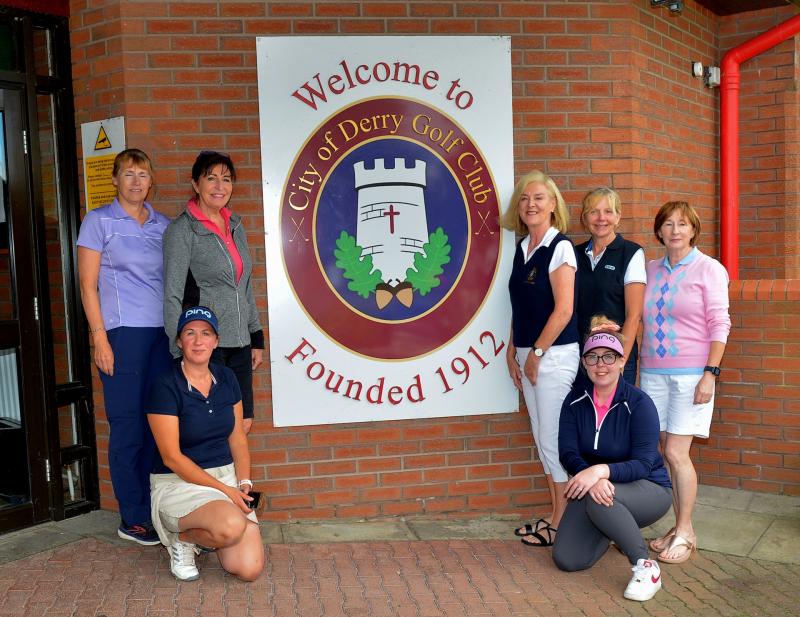 A great tide of change is approaching City of Derry Golf club, and fittingly, it is happening on the occasion of the centenary year of its Ladies Branch.

The club, which boasts arguably the most picturesque views of any club in the Northwest, is based in Prehen, and overlooks the River Foyle in all its glory, giving members a picturesque view of the city while they work on improving their game, both long and short.

But there is significant work being done away from the course to ensure not only the future of the ladies’ branch at City of Derry, but the inclusion and equality of women in golf overall.

The Ladies branch is celebrating its centenary year in 2022, with a range of events on a packed calendar, but one of the highlights is the photo exhibition currently on display at the clubhouse. The minutes of the very first meeting of the ladies’ branch can be read, while photos of members and newspaper reports from years gone by are prominent in a fascinating recollection of the history of the club.

In line with the centenary celebrations, City of Derry is proposing a new single membership scheme - the One Club Golf Model - which will ensure equal access to the course for both women and men, a seismic proposition which could change the very foundations of the club in the coming years.

At present, the ladies are associate members only, while men are full members, but with Golf Ireland leading the way, the proposal is for the administrative structures of the club to be brought together under one governing body, going forward. It is a significant development.

Current Ladies captain Kathy Jackson has been with the club for 38 years and she is fully behind the new development. “The men’s branch was here 10 years before the ladies,” she explained.

“During that time, there were lady members, but it’s ironic that in the year of the centenary we’re now looking to go back to a model again where your membership is based on the type of membership you take out, and not on your gender. It’s all about equality and inclusion and it’s becoming more and more necessary in terms of governance and funding that we have a One Club model.”

Jackson is well aware that this is all happening under her captaincy, but at a time when the club pays tribute to its past – including people like Frieda Craig, Secretary at City of Derry for 52 years – that as much emphasis is given to its future.

“It has been quite a learning curve,” she admitted. “But for people giving of their time and the voluntary work they did, the club wouldn’t have survived. It’s all based on voluntary work; my committee, they put in the hours in terms of the Secretary doing the correspondence and the administration and the Treasurer dealing with the money matters and generally keeping the club alive and viable. 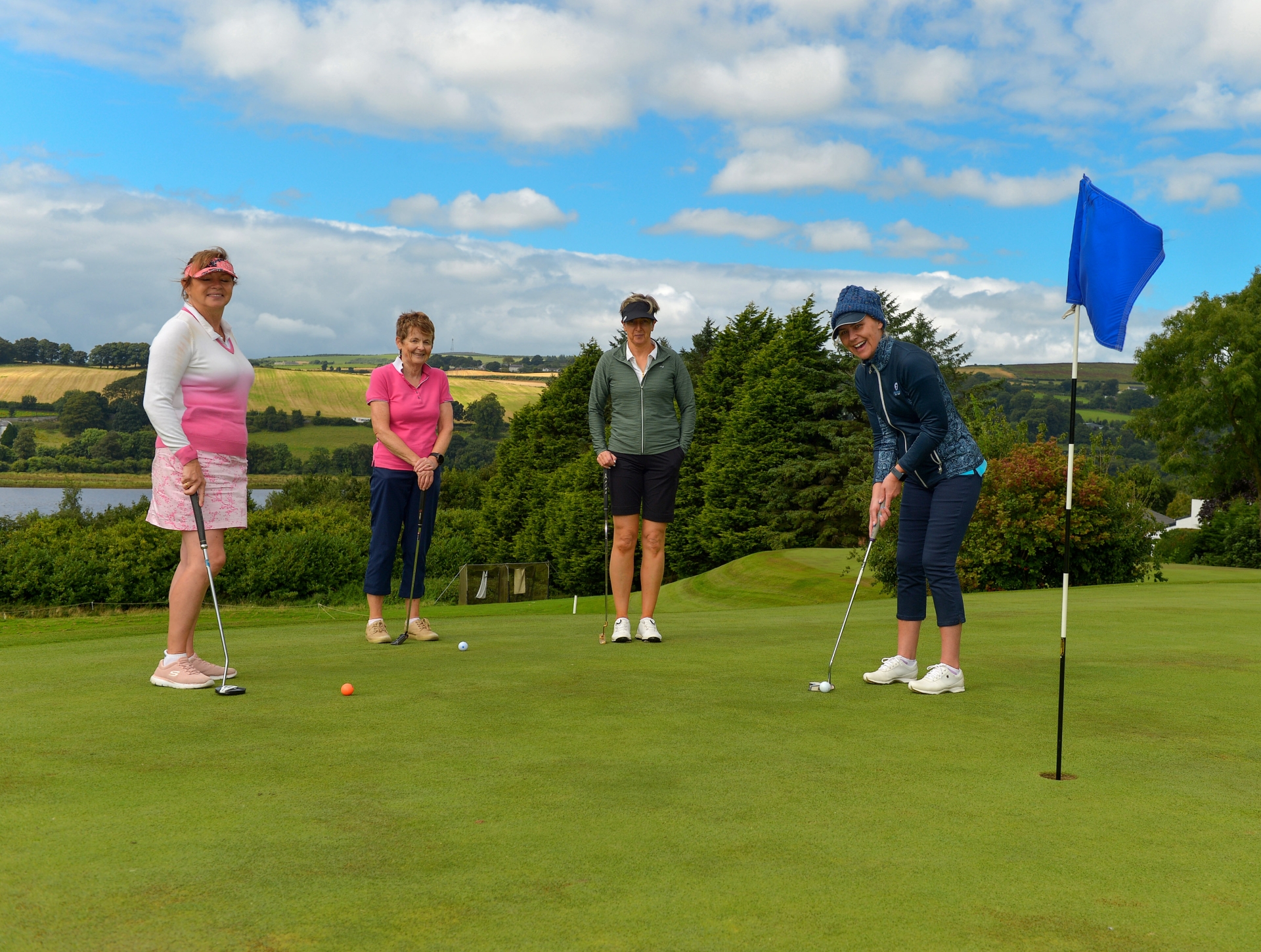 “There’s a great comradeship within the Ladies Branch. I’m not a good golfer, but it’s all about friendship and it’s about supporting each other and doing things together, for instance, raising funds for various charities and having outings together. We’re going to Kilrea this week and then we’re heading off to Sligo in September. The terrific thing about golf is that no matter what age you are, you can play golf. That’s what the One Club model is all about, it’s about equality.”

As well as the centenary and the ‘One Club’ model, the club have also recently run a ‘Get into Golf’ programme for women, which has successfully recruited 13 new members. It’s certainly been a whirlwind year for Kathy and the ladies committee.

“It’s been very interesting being captain during the Ladies’ Centenary,” she said. “The Golf Club have signed up to the ‘Women in Golf’ Charter and that’s all about making women more visible in golf and encouraging female participation in golf.

"The Lady Captain photographs used to be on the walls of the Ladies Committee room, but no-one goes in there except those on the committee. The whole thing was to get all the photographs of the past captains out into the foyer and we fundraised for that.

“We aim to plant trees now, come the autumn in one of our new holes, and put a plaque up marking the ladies’ centenary. We are having a Centenary opening now on September 9 and it is sponsored by Silver Street so we’re looking forward to that.

“Then there’s the memorabilia and the exhibition; it’s just a time to reflect on the past and look forward to the future, to remember people who have done so much for the club and to appreciate the likes of Ann Wallace, who was head of the ILGU and Niamh Quigg who is the team captain for the Irish international Women’s team.

"There’s the likes of Frieda Craig as well; Frieda was a scratch golfer, who was pivotal in setting up the Northwest League for Scratch golfers. 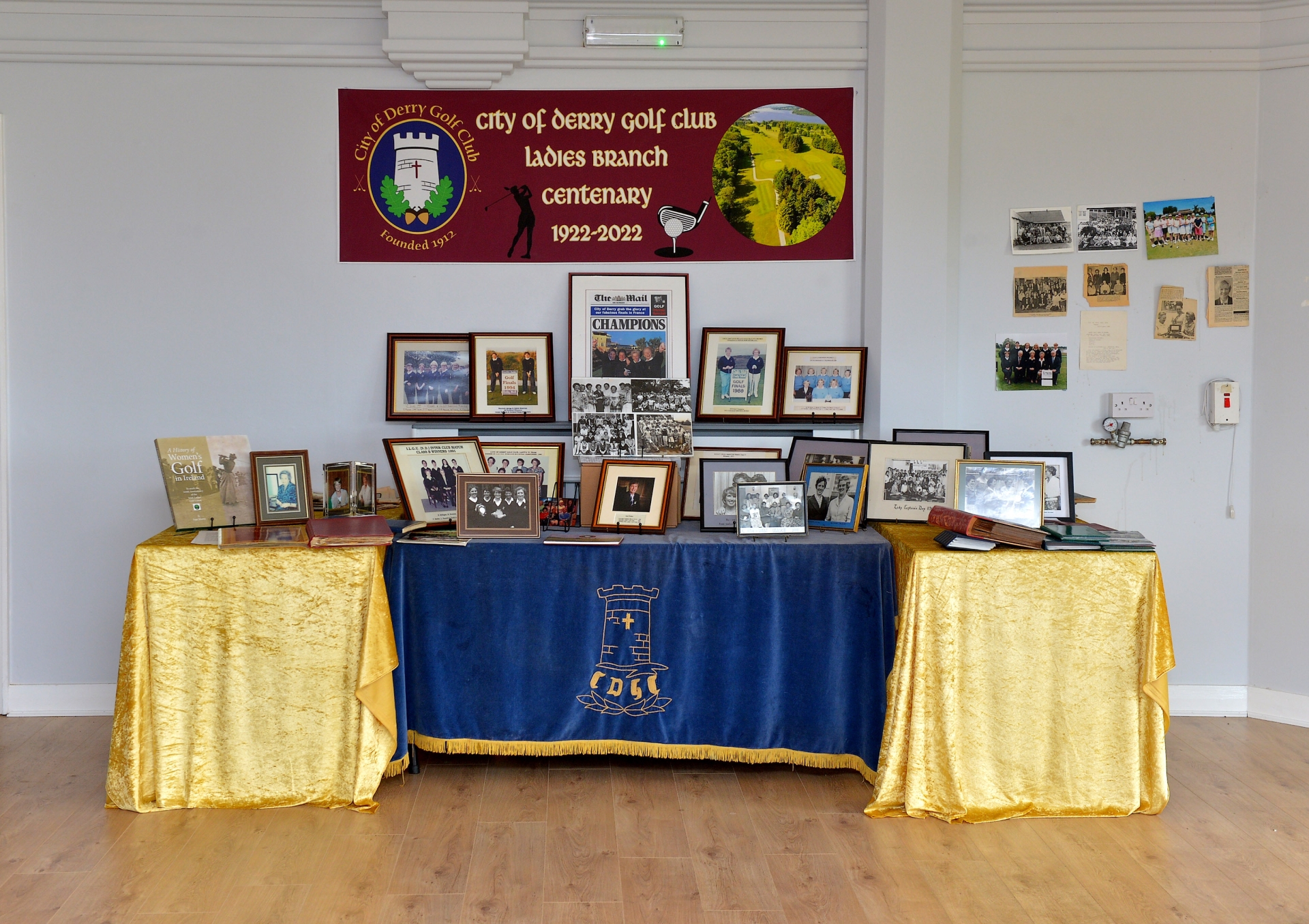 The City of Derry Golf Club Ladies Branch Centenary Exhibition is current on display in the Club House.

“There’s been a good history in terms of City of Derry. What’s really important is that we renew the membership and bring in new members to keep it alive.

"We’ve been very successful tis year with the ‘Get into Golf’ programme, because we’ve had 13 ladies sign up for it, so it’s about supporting those ladies and making them feel welcome and hopefully they stay. We will repeat that again because there has been a decline in membership, and it’s essential that you have new people coming in.

‘A sport for everyone’

Ladies Vice-President Geraldine Garvan has led the ‘Get into Golf’ programme this year and she insists that the sport can be enjoyed by everyone.

“We had 26 ladies enrolled, 23 completed he course, and 13 have joined the club,” she explained. “This has happened because there’s great enthusiasm for women to get into golf. It’s there for everybody.

“Initially when we started, we made sure that some of the more mature golfers went out with the new ladies to give them confidence and to gradually introduce some of the rules.

"It’s a game where you’re always learning, but you can’t learn it all at once, so we have built up this rapport with the ladies that they can go out at any time with any of the more senior ladies. At the same time, they can go out at set times so they don’t feel intimidated by other members on the course, for example about 7pm when it’s really, really quiet.”

One of those new members is Shannon Livingstone, who revealed that she used to find golf boring. 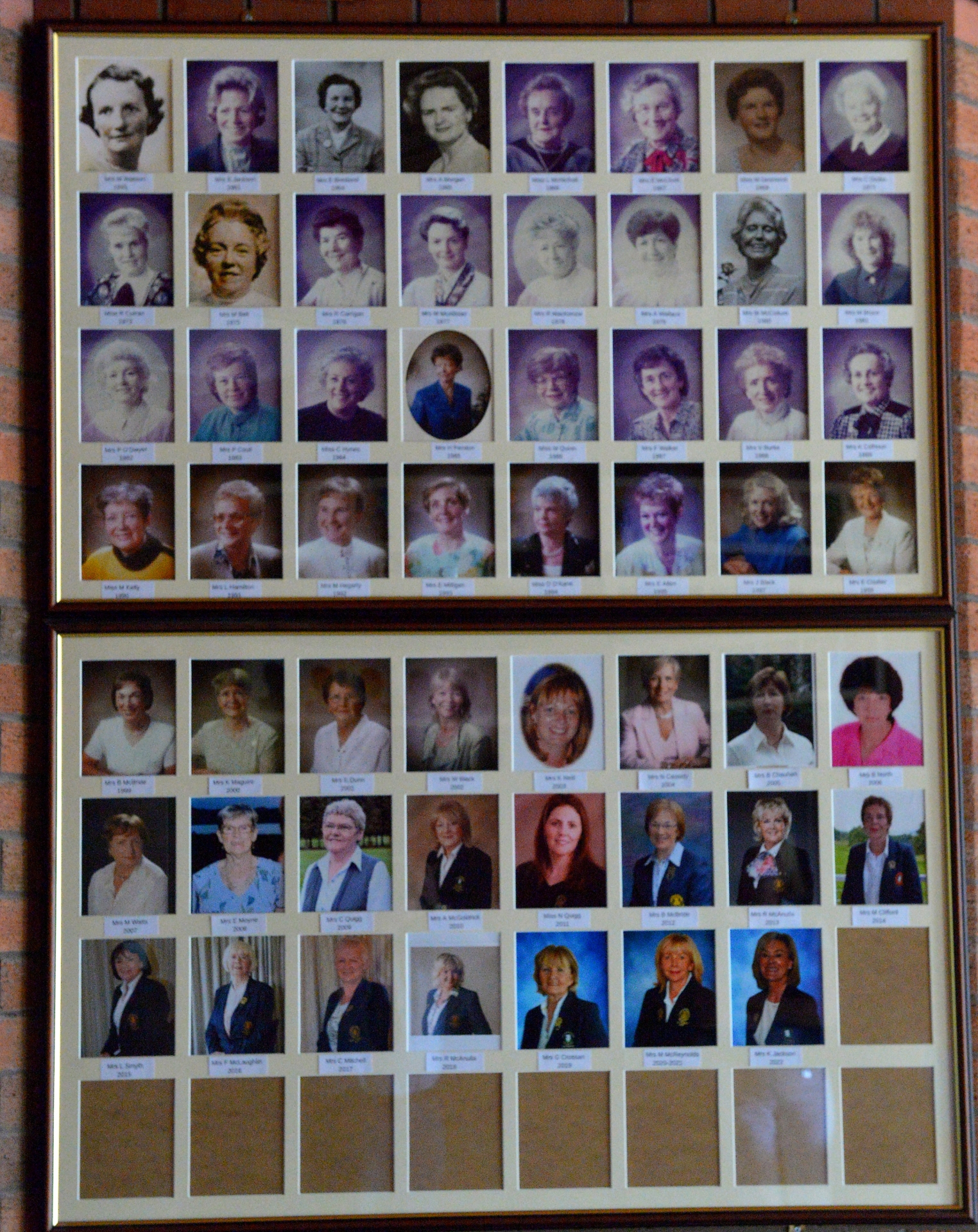 Photos of past and present captains of the City of Derry Golf Club Ladies Branch on display at the Club House.

“I was quite nervous at the start to be honest because there were so many ladies involved, but I came in and every single one of them has welcomed me,” she said. “They couldn’t do enough for me and they have just said if I need anything to give them a shout, so they’ve been great.

“Honestly, I used to think golf was so boring. I used to see it on the TV and think, ‘Naw, not in a million years’. But I’ve come in through the ‘Get into Golf’ programme, and I’ve ben addicted ever since, I really have.

"Socialising with everyone has been the most enjoyable aspect of it and see when you hit one good shot, it compensates for 10 ten bad shots let me tell you, it really does. You need great patience for it. I would 100% recommend it. You know what? Do not diss it until you try it, honestly, it’s addictive.”