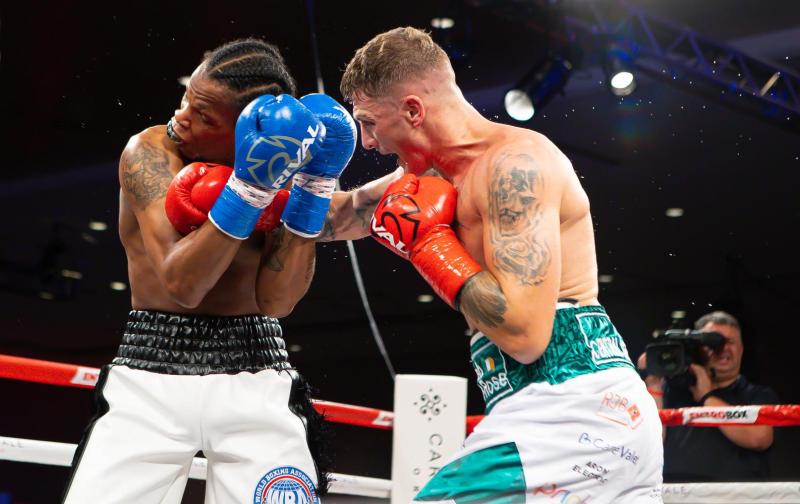 Connor ‘The Kid’ Coyle on his way to the NABA title against Antonio Todd.

With an impressive professional record of 16 fights, including 7 knockouts and no defeats, the 2014 Commonwealth Games Medallist has climbed another 3 places up the World Boxing Association (WBA) Middleweight Rankings to 10th for July 2022, further galvanising his focus on becoming World Champion.

‘The Kid’ has aspirations to take on the likes of Chris Eubank Jnr who currently tops the WBA Middleweight division, a prospect that very much excites the NABA Champion.

With Connor’s next bout being scheduled for 17th September 2022, the 32 year old Galliagh native of Derry has recently returned to his training camp in Florida under the expert tutelage of Hall of Fame trainer Jim Mc Laughlin.

Each professional fight adds to Connor’s knowledge, experience and skills and he relishes every opportunity to step into the ring to showcase his learning, power and ability.

Connor has an intrinsic motivation to achieve his goals. His mother Michelle recalls that he always self-driven to excel at whatever he did as a child and simply ‘taking part’ in sports or activities was never enough for Connor. 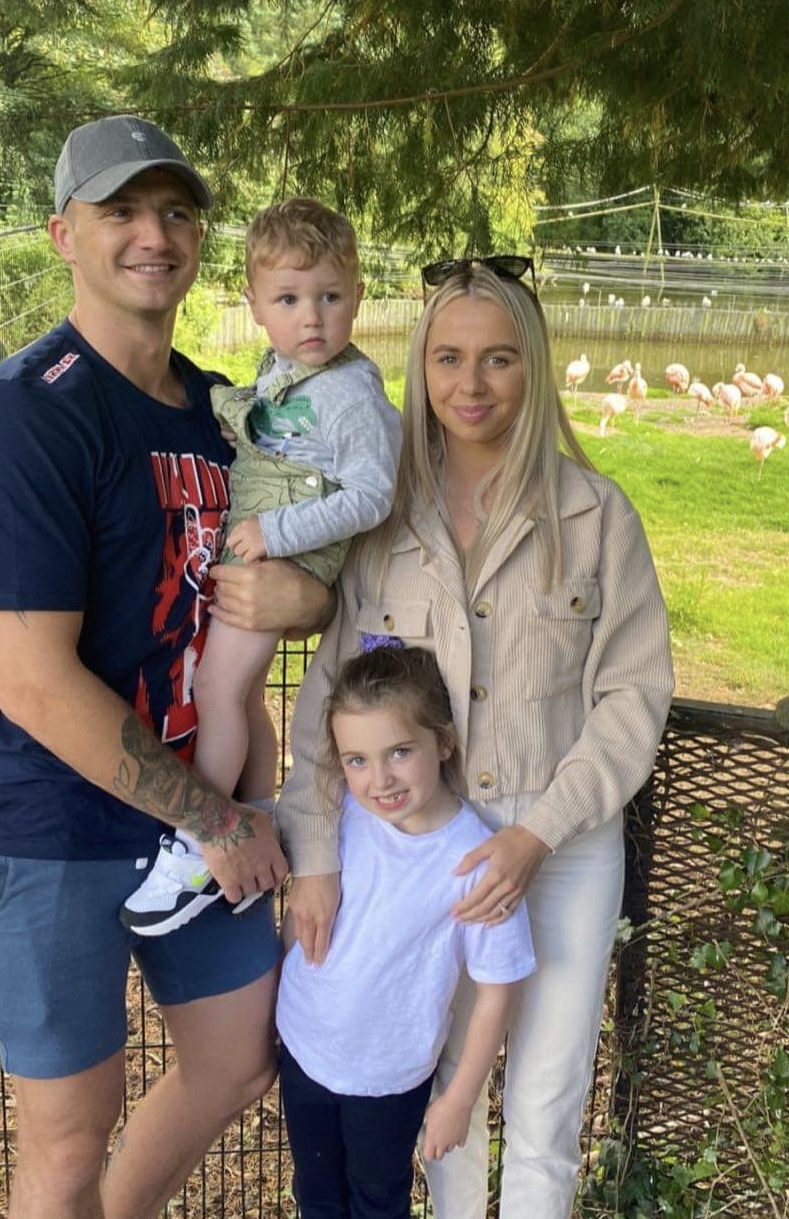 Connor with financee Eva and children Clodagh-Rose & Calaeb on a recent trip to Belfast Zoo before he headed back to training camp in Florida.

He would practice or train with determination until he won, or mastered the art, whether it was school sports or roller blading. Indeed, the young Connor, aged 6 or 7, seemed attracted to conquering feats, without trepidation, such as climbing up walls or trees that nowadays would come with a ‘do not try this at home’ warning.

Runs in the family

Connor is a great grandson and great nephew, respectively, of legendary Derry boxers, Jimmy and Billy ‘Spider’ Kelly whose achievements have been recognised by the City of Derry.

A plaque is dedicated to their memory on Waterloo Street which reads ‘the only father and son to win both the British and British Empire featherweight championship’.

The calling to the connection with his boxing roots was awoken in Connor unexpectedly, aged 11, when along with a group of his friends they passed St Joseph’s Boxing Club in Derry one evening and were attracted by music from within. They ventured into the Club and were invited to join up. 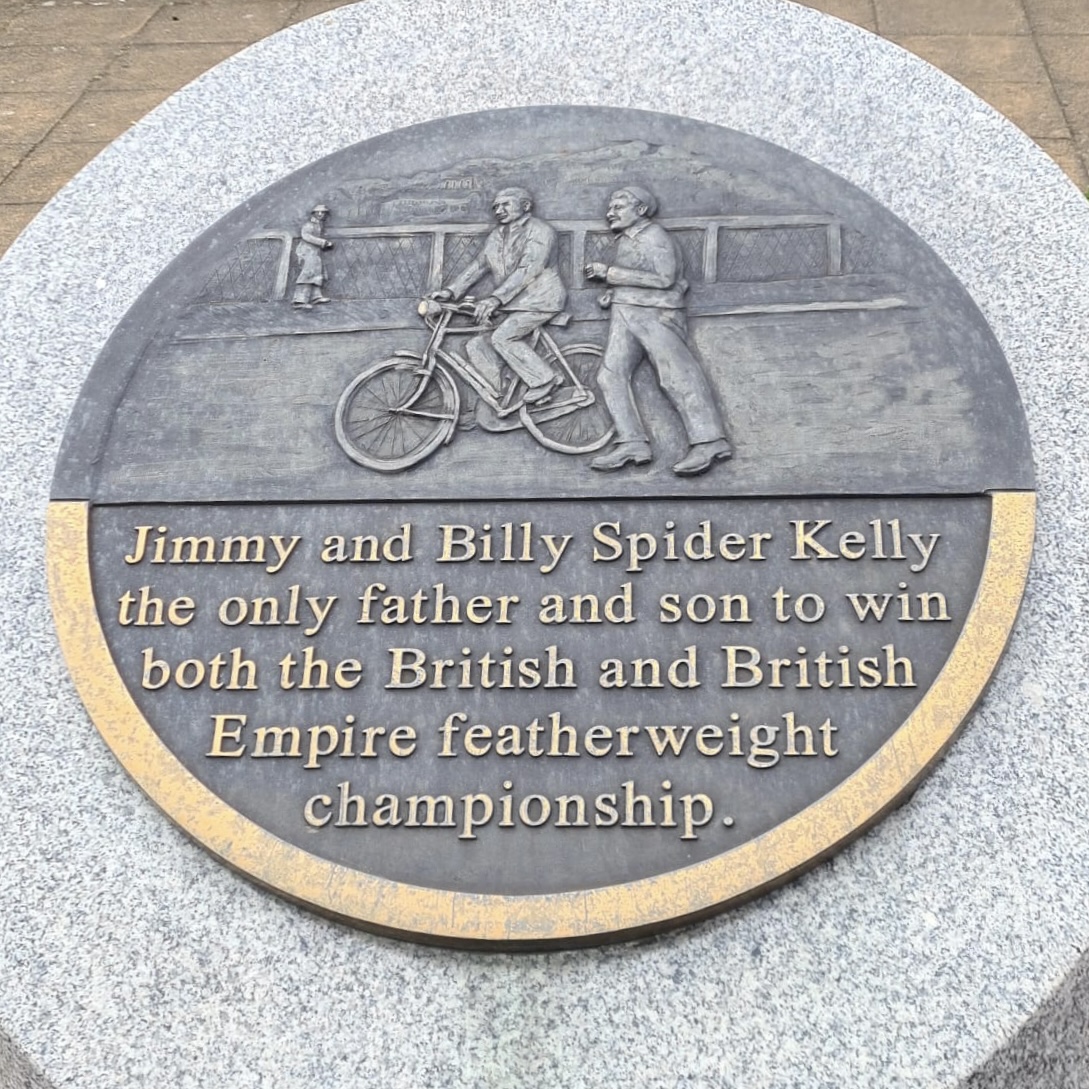 Connor ran home, changed into his sports gear and went right back to the Club that evening.

His aptitude for boxing was noted by an aficionado when he had his first sparring session and whispers about the young Connor Coyle’s promising potential soon circulated. His trajectory thereafter is one that has built on success after success as he immersed himself totally in learning and mastering the art of boxing.

Supported by a strong network of family and friends, Connor has the perfect lifestyle to increase his psychological resilience towards achieving his goal.

One Day, One Workout At A Time ⛏⛏ pic.twitter.com/YBh5QDzKwH

He makes the most of the time he spends with his fiancée Eva, children Clodagh-Rose and Calaeb, family and friends when he is at home in Derry, where he trains with accomplished local coach Cahir Duffy.

And when he is on the other side of the Atlantic he can focus 100% on his fitness and fight preparation in the Florida training camp along with the support of his trusted friend, boxer John Cooley, who is also a Derry native.

The aim for Connor is to build the best possible future for his family and he is relentless in his efforts to achieve his goal of becoming WBA Middleweight World Champion.

He has the background, motivation, determination and ability to succeed. He is climbing steadily up the WBA Rankings and surely it is only a matter of time before a Promotor such as Eddie Hearne signs him up, the undefeated NABA Champion, and forms a partnership that ensures he has the best opportunities to fulfil his purpose of bringing the World Title back to the City of Derry, a City that loves and celebrates the achievements of its Boxing Greats throughout the decades.

Connor would like to thank his sponsors: Phones Connect, Indigo Interiors NYC, KSK Rathmor Engineering, The Alvin Bar NYC, The Sooty Olive, The Bentley Bar & Restaurant Group, Pauls Butchers, Classique Floor Designs, Indian Palace and CKFS, and all those who are supporting him via social media. You can follow Connor ‘The Kid’ Coyle on social media in the countdown to his next fight. (Instagram; Connor_the_kid_coyle. Twitter; @cjcoyle07).