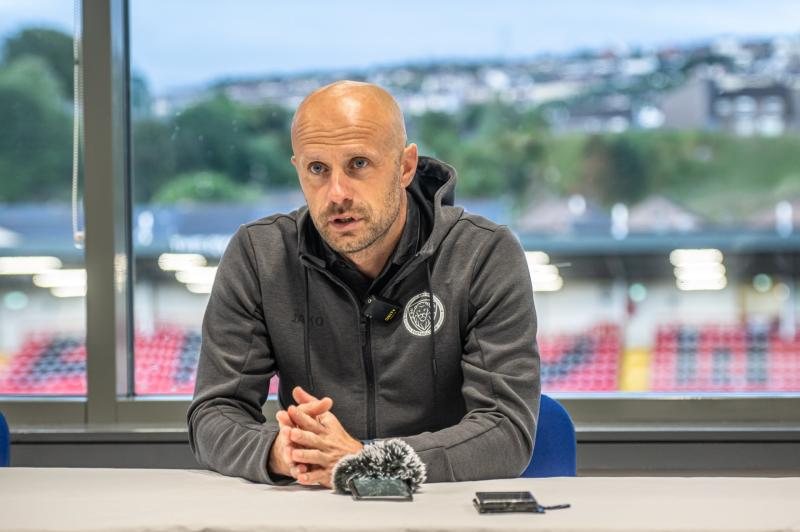 Riga manager Sandro Perkovic believes his team still has work to do in tonight’s second leg.

Riga manager Sandro Perkovic is not taking victory for granted ahead of tonight’s second leg against Derry City at the Skonto Stadium. Kick off 6pm.

The hosts are in a commanding position as they welcome the Candystripes to Latvia, having won 2-0 at the Brandywell last Thursday to become strong favourites to progress to the next round.

But, addressing the media immediately after the game, Perkovic insisted that the tie was far from concluded.

“It was a very important win for us in a great atmosphere in Derry,” he said.

“I felt our win was well deserved and that we were the slightly better team. The game was as we expected, there were a lot of long balls, but I think that most of the time we controlled the situation on the pitch.

“Unfortunately, our last shot didn’t go in the goal because it would have been much better for us if it was 3-0. It doesn’t change too much. The tie is still open and everything will be done in a few days.”

Riga’s task was made much more comfortable following the red card to Matty Smith, which helped the visitors control the last 25 minutes without inflicting any damage. It was the perfect away performance in many ways. 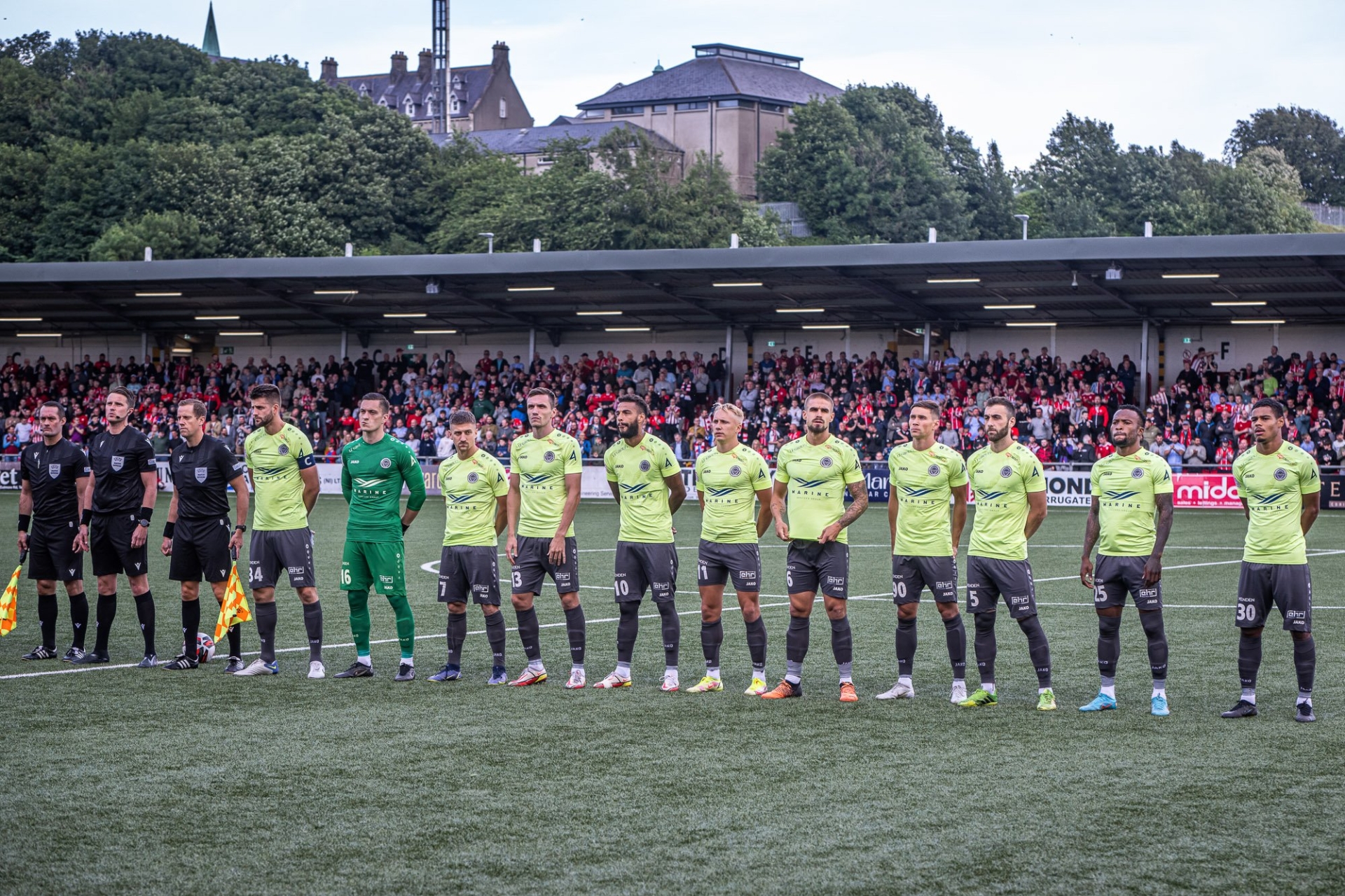 The Riga players produced a professional away performance to win 2-0 at the Brandywell last week.

“When it was eleven vs. eleven, the team was a little bit better,” Perkovic reflected. “We had one situation a few minutes before the goal but unfortunately, we didn’t score there, but for sure, with the red card and 2-0 it was much easier to play there.

“I didn’t see what happened. I saw that a lot of the players were there and something happened, but I didn’t see what. Of course, this red card helped us in the last 25 minutes to control the game even better and even more.”

Perkovic was very satisfied with the preparation for the first leg, content that his coaching staff had done a good job analysing their opponents, with Derry City not offering any shocks.

“Derry did nothing to surprise us,” he stated. “Our coaching staff did a really good analysis of them and we know them pretty well.

“They have our respect; they didn’t surprise us, but they showed the qualities that they have. We were lucky that they didn’t score; they had a few situations to score a goal. We know that they are really strong in duels, and that they make an excellent counter-attack, and they are very dangerous on set-pieces. We prepared ourselves for that and luckily for us, we were successful.”

Former Dundalk defender Raivis Jurkovskis was a key player for Riga at the Brandywell last week, and while he had inside knowledge of the League of Ireland and even was familiar with Derry City, Perkovic did not grill him for all his information before last week’s tie.

There was some encouragement for Derry City ahead of tonight’s return leg, as Riga fell to a 2-0 defeat at home to Valmieras in the Latvian Football Cup.

Riga have struggled domestically of late, having failed to win in three games and Perkovic acknowledges that if Riga are to make it all the way to the Europa Conference League Group Stages, there is still a lot more work to be done, beginning tonight.

“Everything is still open, I really think so,” he insisted. “Derry showed that they can be really dangerous. They have some real quality players and our approach to the game will be completely the same, as if it’s 0-0. This was only the first 90 minutes; we have 90 more minutes and we will be ready.

“The group stages are far, far away. We go step by step. We were not in the best condition just one month ago, but the guys have been working really hard and really good but we need some time to be where we want to be. If this will be the group stages, nobody will be more happy than we are.”