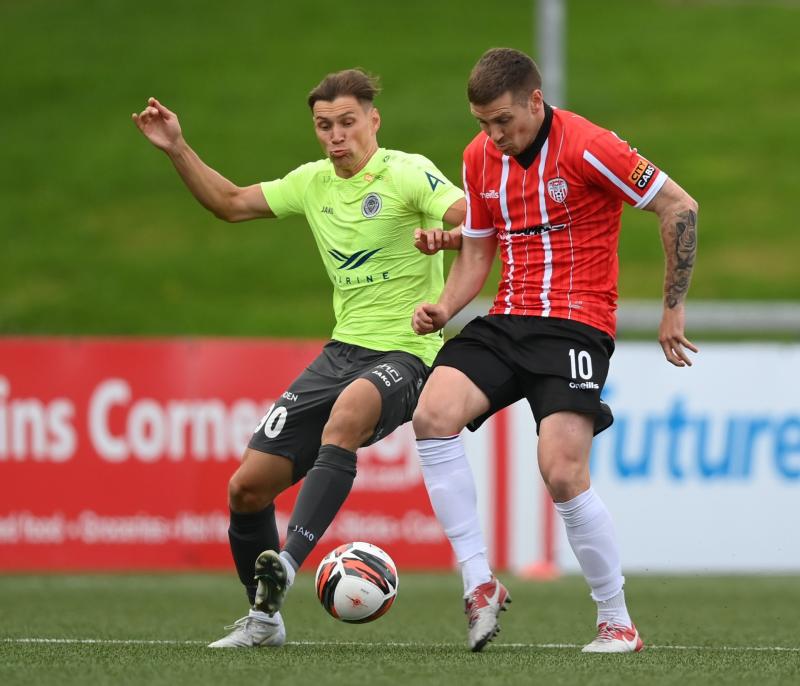 ROUND ONE… Patrick McEleney in action against Riga FC in last Thursday’s Europa Conference League Qualifier at the Brandywell. Photo: Stephen McCarthy/Sportsfile

Here’s a fact - Patrick McEleney has made as many European appearances in just nine years as Derry City Football club has in 57 years.

Both parties go into tonight’s Europa Conference League Qualifier Second Leg for what will be their 44th appearance on the European stage, and both are hoping for another historic result.

McEleney first played European football under Declan Devine back in 2013, but his European experience became something else entirely when he moved to Dundalk, as he experienced incredible success under Stephen Kenny, including reaching the Europa League Group Stages on two occasions.

At this stage of his career, McEleney has seen it all so going to Riga 2-0 down is not likely to faze the 29-year-old.

“I think we were on top going into the second half and Matty gets sent off, and you can’t go down to ten men in Europe because they will just keep the ball off you for the rest of the match. We’re looking forward to Thursday. Obviously, our away form has been brilliant so we’ll have a go.” 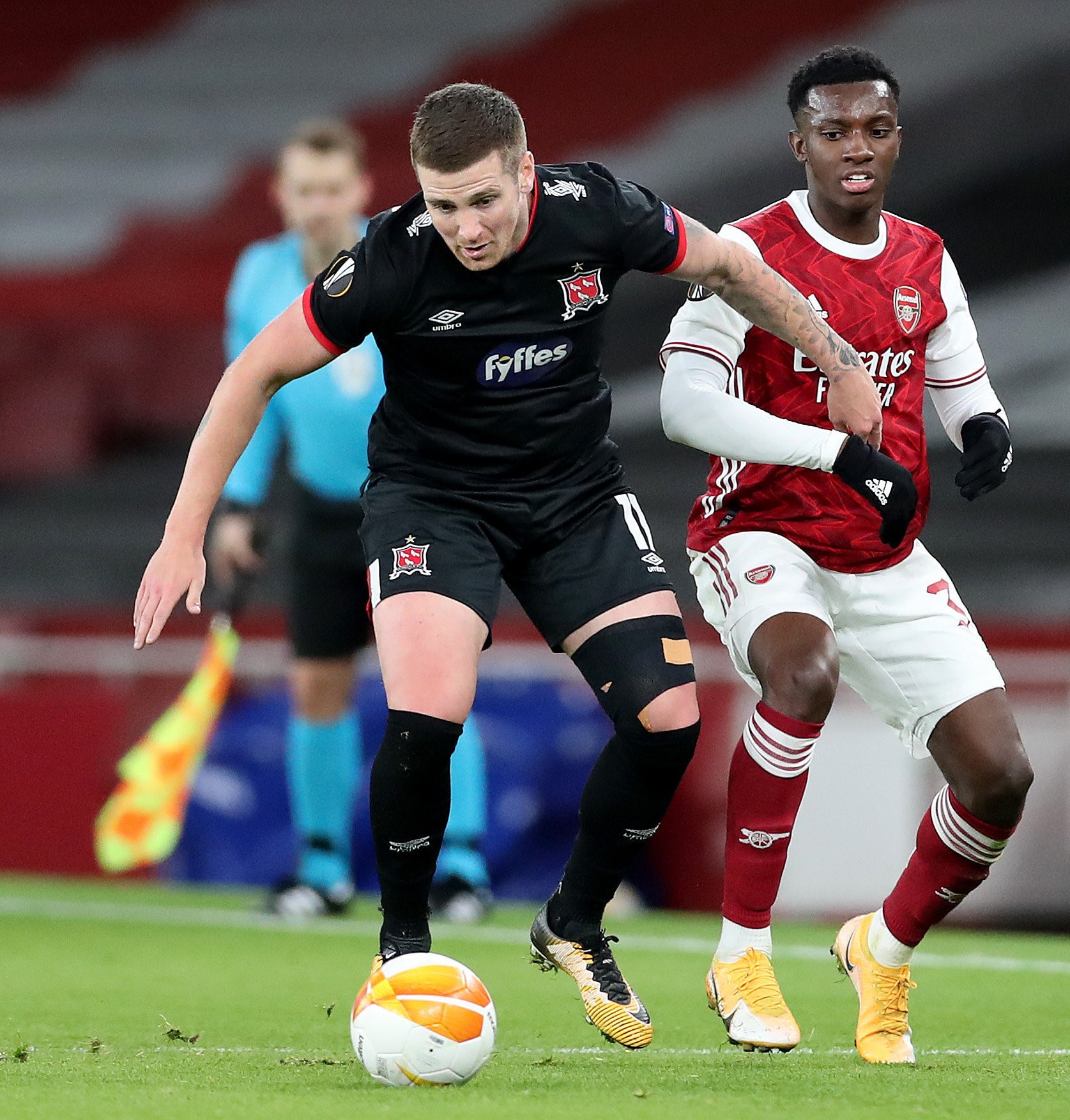 McEleney was as disappointed as anyone to see team mate Matty Smith sent off, and he agreed with his manager’s assertion that it was a harsh dismissal to say the least.

"Having watched it back – if that’s a red card then we’re all in trouble and we may as well give up. It happened and that was obviously the key point in the game.”

While McEleney is still hopeful of turning the tie around in the second leg, he does feel that not enough focus has been put on the different worlds the teams operate in. As a club, Riga may only be 8 years old, but there are some notable differences between the League of Ireland and the top end of Latvian football.

“Does it come down to the resources they have and the levels?” he asked.

“Somebody said they just bought a player for 1.6 million the other day, and then they played a cup game the other night and they were able to field a completely different team.

"I think there’s loads of factors and when you sit back and actually think about it, and it is Europe – I know they are from Latvia but they are not all Latvians; they have Brazilians, they have Belarussian internationals, a Greek international who has played in the Bundesliga – you have to think about that.” 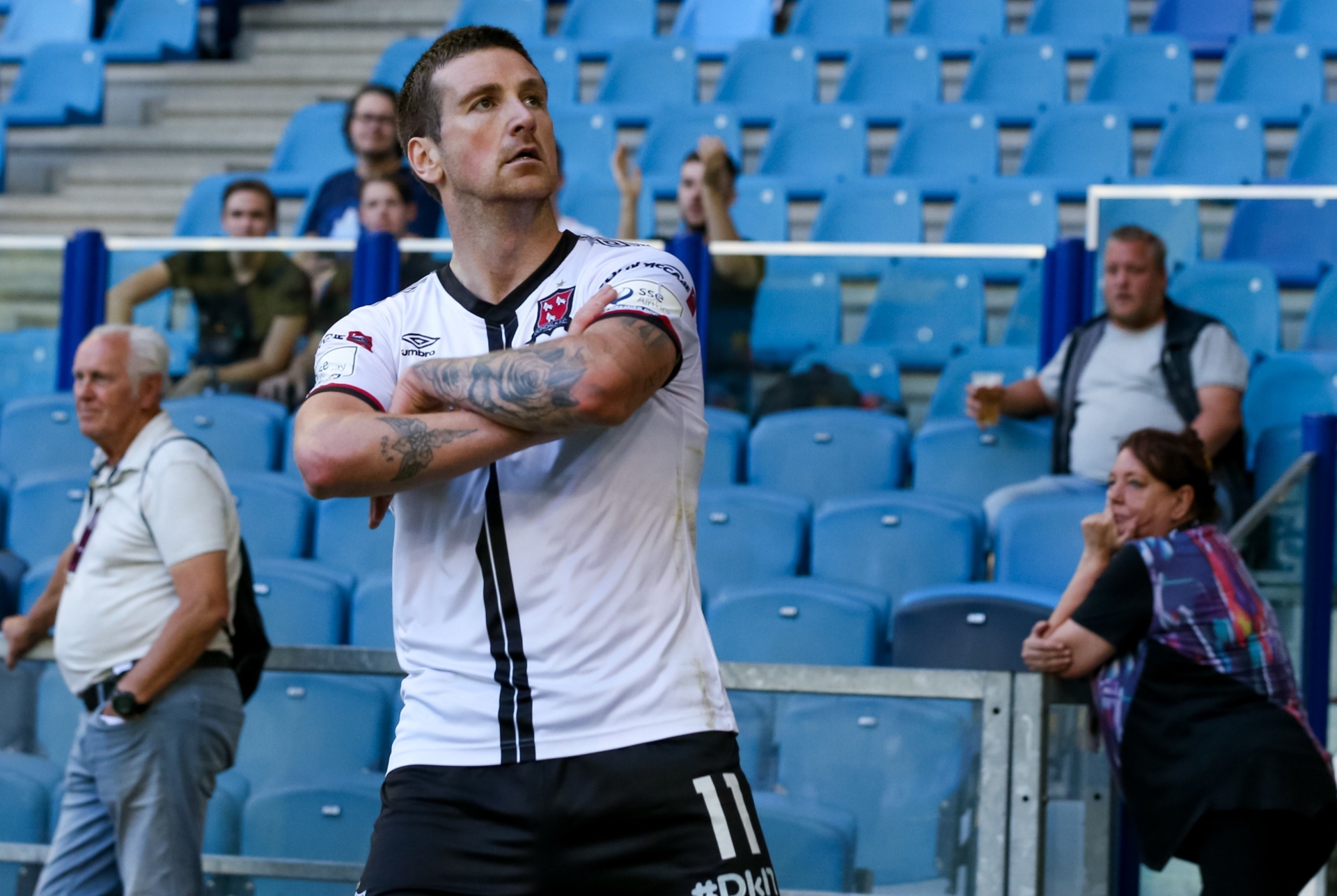 Derry City’s season has had its fair share of ups and downs so far, but one thing that has become very noticeable is the disparity between the home and away form, with City winning just four games at the Brandywell but seven on the road.

The Brandywell pitch came in for some criticism from Ruaidhri Higgins following last Thursday’s game, and McEleney admitted it is difficult to play on when not watered properly.

“The eye doesn’t lie,” he said. “The other night the pitch wasn’t watered. I know people will say it’s the same for them, but I’m sure if you asked every one of their squad the same question, you would get the same answers; you can’t hide from it.

“It’s our home pitch and it is the same for both teams, but ask every player in the world what they would rather play on and I think they would all give you the same answer. Everybody watching the game can see what’s happening; it’s just completely different; you can’t play things first time and it completely slows down the match.”

Despite the circumstances which Derry City find them in, there is still plenty of excitement ahead of tonight’s second leg, with the travelling team hoping to cause a real shock in Riga.

Derry City have scored in each of their last six European away games, while they have only won the second leg following a first leg defeat on two occasions on the European stage. 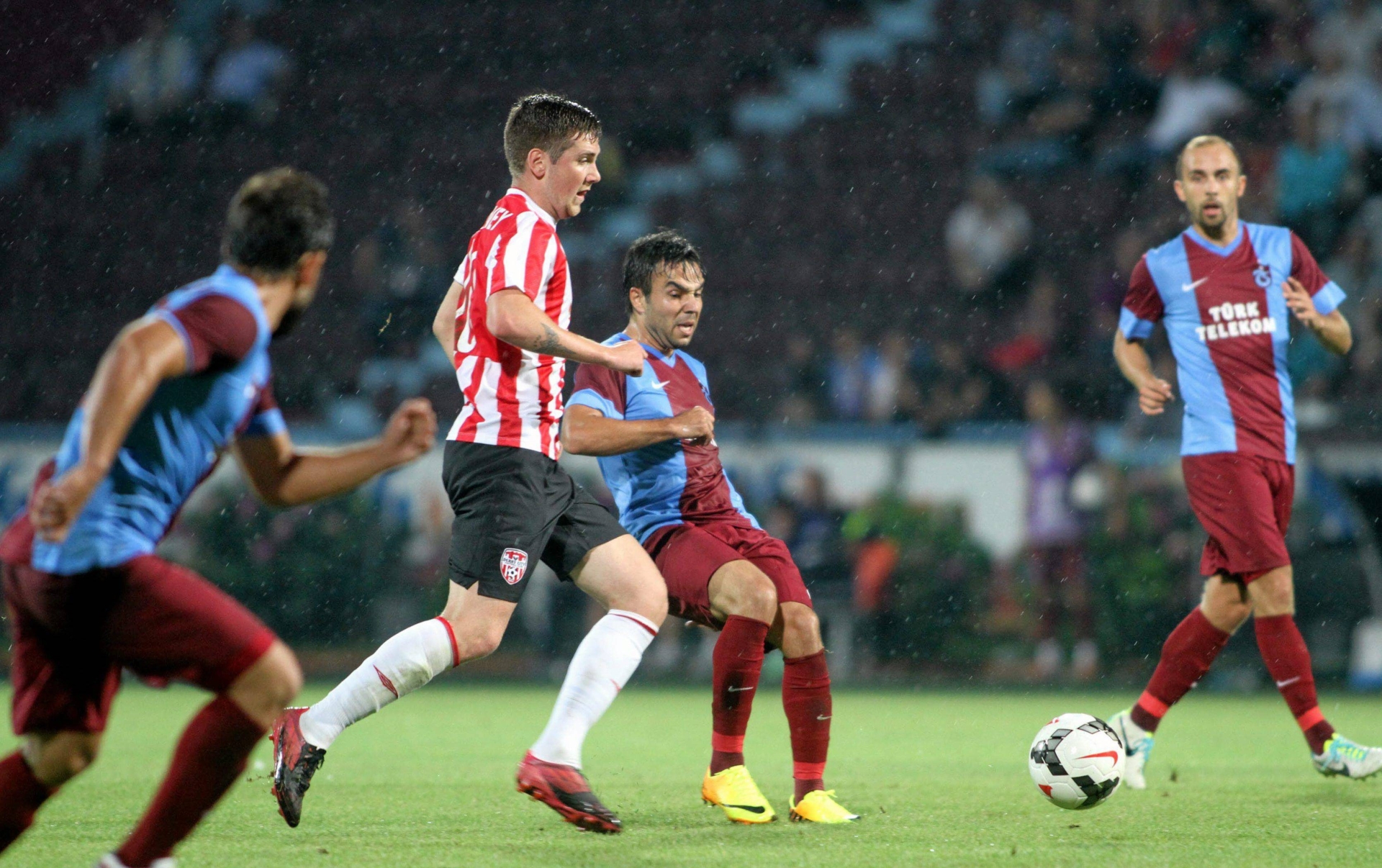 LONG TIME AGO… McEleney made his European debut for Derry City away at Trabzonspor back in 2013. Photo: Sportsfile

There are so many reasons to believe that Derry City will not succeed, but one massive reason to say they can, and that is belief, which the manager and the very Euro-experienced McEleney have in abundance.

“It can be done. It definitely can be done,” he insisted. “You just have to set up well, and you can’t carry anybody. I think the other night, from 1-11, we weren’t at it so we definitely can’t do that. You need every player on it for an hour and a half and you need your moments to go your way.

“I don’t think we feel pressure on us; obviously there’s always the pressure to win, but we’ve been excellent away from home and we will be looking forward to going over and playing on a good pitch and having a go.”