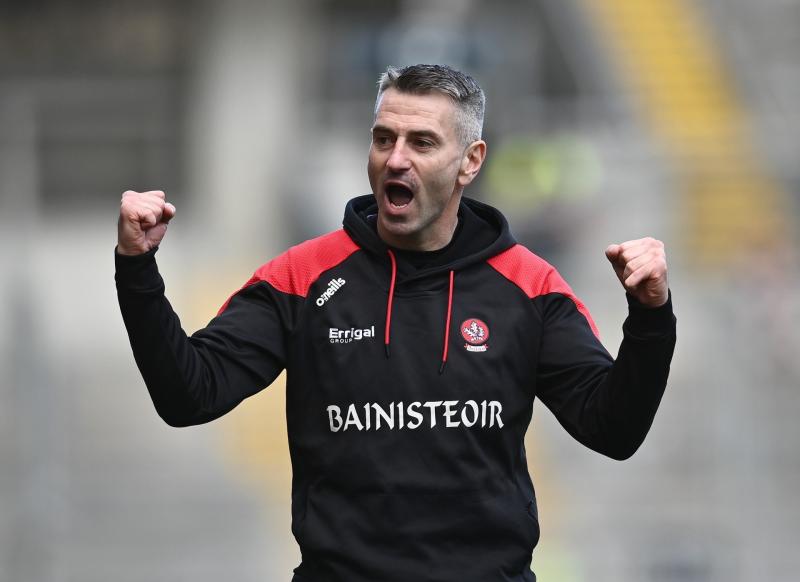 Derry manager Rory Gallagher says his team are going to have to step it up again after they booked their place in the All-Ireland semi-finals for the first time since 2004.

Gallagher’s team calmly and confidently dispatched of Clare in Croke Park on Saturday, with five different goal scorers contributing to an impressive 5-13 to 2-8 final result.

It’s been the latest milestone in a special season for the Oakleaf county, after they defied all odds to win the Ulster Championship. Now, a second meeting of the year with Galway awaits after they put an end to Armagh yesterday in a dramatic penalty shoot-out. The journey continues.

“They have come a massively long way to people on the outside, but once myself and the management team got our teeth into it we knew we had a lot of good quality. Yes, it is a big leap, but it is also from our point of view about fulfilling your potential and our aim is to try and get the most out of ourselves and to enjoy it every step of the way,” explained Gallagher.

“Part of that will be when things don't go your way or games don't go your way. We bounced back from a very bad day in Owenbeg against Galway and we responded well. There will be ups and downs but it we'll enjoy the ride as best we can.

“Galway, while they haven’t been maybe one of the heavyweight teams in the sense, they’ve been in Division One, apart from this year, for the last four or five years and have been in All-Ireland semi-finals and National League finals, so it’ll be a big step up.”

Saturday’s meeting with the Banner was the second time that the sides had done battle this year, after Derry were victorious in Ennis in February in their Division Two encounter.

For Gallagher, it has been a long and prosperous journey since then, but there is more to come.

“The league meeting was I think five weeks after Slaughtneil had been playing in an All-Ireland semi-final.

"The Glen players all had wee niggles when they returned and with the step up in training from club to county, our preparation wasn’t good but at the same time we showed enough quality down there to win the game,” recalled the manager. 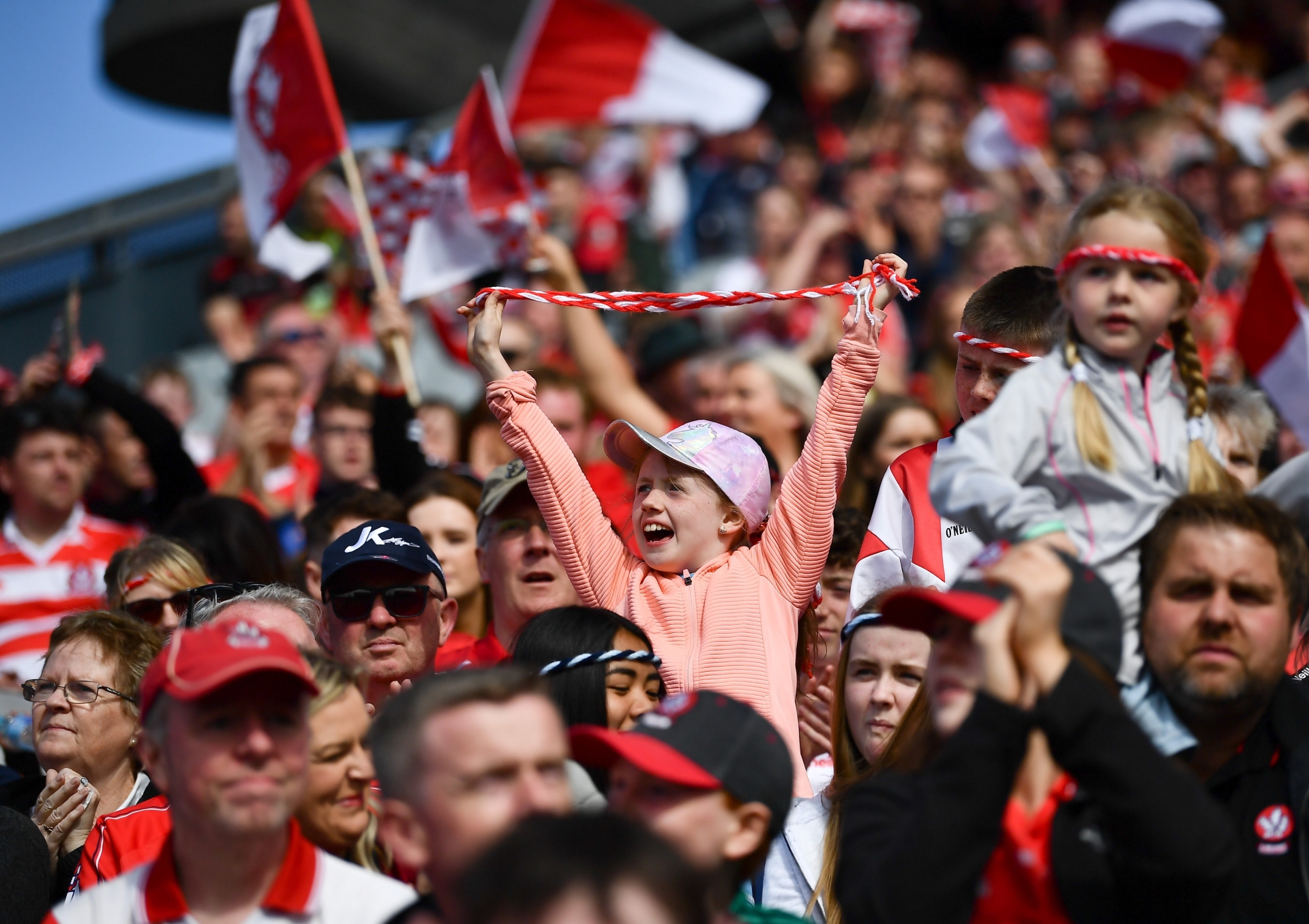 “Look, we’ve enjoyed our period since we’ve had everybody available from the break in the league really. We felt we’ve built. We’ve been far from perfect but we’ve done an awful lot right.

"The thing is we have to improve massively going into the next game because, hand on heart, with all due respect to Clare, they haven’t been in the latter stages. It’ll be a big step up.”

Gallagher spoke openly before the weekend about his belief that his side were far improved from the one that had played in Ennis, and he knew their championship calibre would serve them well.

"I just felt that Clare were a very good side, but they haven't been at the business end of the championship.

"We are after beating three Division One teams, and I know the quality of our players. Donegal, Monaghan and Tyrone - you can't hand on heart say you are going to win, far from it - but I felt we had superior players to Clare who have operated at a higher level, maybe not as consistently as Clare have, but we have operated at it.

He continued: “At the end of the day if you play the Donegals, the Monaghans and the Tyrones, you can't say you will win 10 out of 10, but if you win six or six and a half out of 10 you'd be doing well.”

Having had to dispatch of those three top teams to win the Anglo-Celt, Saturday was the first time that Derry had gone into a 2022 championship game as favourites, but Gallagher didn’t put much weight on the tag.

"We are not perfect, but we are improving all the time and we are showing lots of good qualities. Look, they absorbed it and I think they took it in their stride but I would have expected that of them,” he concluded.