Judo returns with a bang to Derry's Foyle Arena! 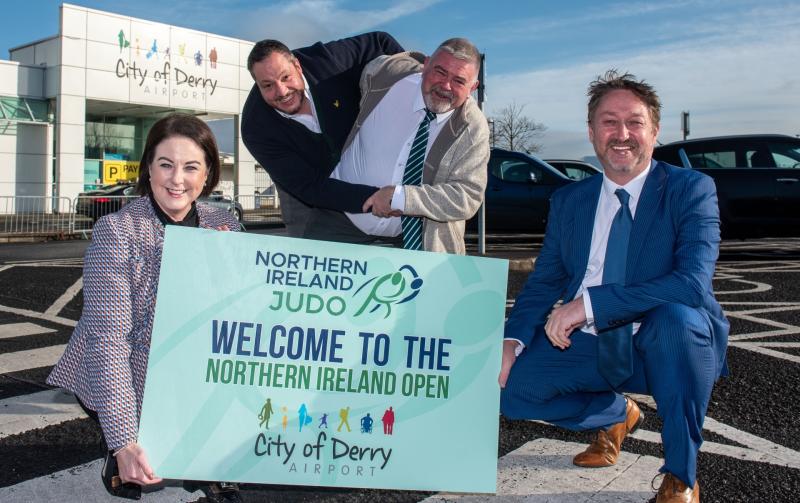 After a long Covid19 forced hiatus, the Northern Ireland Judo Open returns to the Walled City on the 9th and 10th of April, and the team cannot wait to welcome competitors from the UK, Europe and beyond!

Four mats will be in action in the Foyle Arena, with competitors ranging from teenagers through to the masters (veterans), and all of them looking to become the Northern Ireland Open 2022 Champion in their category.

This is high level Judo and it’s on the doorstep of those in Derry.

Over four hundred competitors are expected to take part and as the event is a ranking tournament, the standard of competition will be elite.

To add to the event, we’re delighted to announce that The City of Derry Airport are supporting the Open as our main sponsor, and they are offering some fantastic event exclusive deals to the competitors flying into
and out of the airport, alongside the chance to win two flights.

The Holiday Inn express have also offered an exclusive accommodation saving to the competitors staying over to enjoy the hospitality on offer.

“It's absolutely fantastic to see the return of The Open to Foyle Arena on 9th and 10th April. Large sporting competitions have been greatly missed over the last few years, particularly Judo which is so popular here in the North West, and we are very proud to be able to support such a highly anticipated event following the great success of 2019.

“The Open Championship is generating a lot of excitement in the local community, and further afield, as competitors from across the UK and Europe will be travelling to take part. As the Gateway of the North West, we are delighted that City of Derry Airport will be the welcoming hub for the competitors and supporters arriving from London, Liverpool, Manchester and Glasgow.”

Mr. Frazer added, “We also look forward to seeing everyone at the event as our City of Derry Airport Brand Ambassador's will be available at Foyle Arena throughout the championship weekend with some exclusive competitions and fun for everyone attending!”

“I am delighted that we will be welcoming the cream of Northern Ireland Judo back to our Council area for a third time following our successful hosting of the event at our facilities in the Foyle Arena on two successive years before the Covid pandemic,” 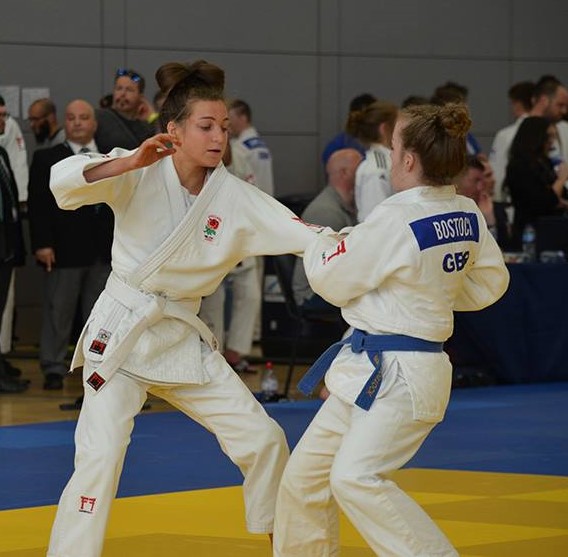 Judo will return to the Foyle Arena in April.

“The tournament will attract hundreds of judo players and visitors to the city for the weekend, providing a boost to the local economy and growing our region's reputation as a fitting host of international level events.

“Good luck to all those competing I'm sure you will have a weekend to remember.”
Russell Brown, Chairman of the Northern Ireland Judo Federation added:

“The Northern Ireland Judo Open is our pinnacle event and we’re delighted that the team at the City of Derry Airport are now part of our team to bring great Judo to not only the competitors flying in, but the people of Derry as well!

Personally, I’m excited not only to see the mats in action, but to catch up with those who visit and support us after such a long and enforced break and of course welcoming our new competitors and their connections.

“If you haven’t competed in the Open, then now is your chance, as we also have a great hotel offer with the Holiday Inn express as well, this means, you can make a weekend of the experience in a great city. A warm welcome awaits you!”

Full details on the competition and competitor exclusives are available at www.nijudo.com