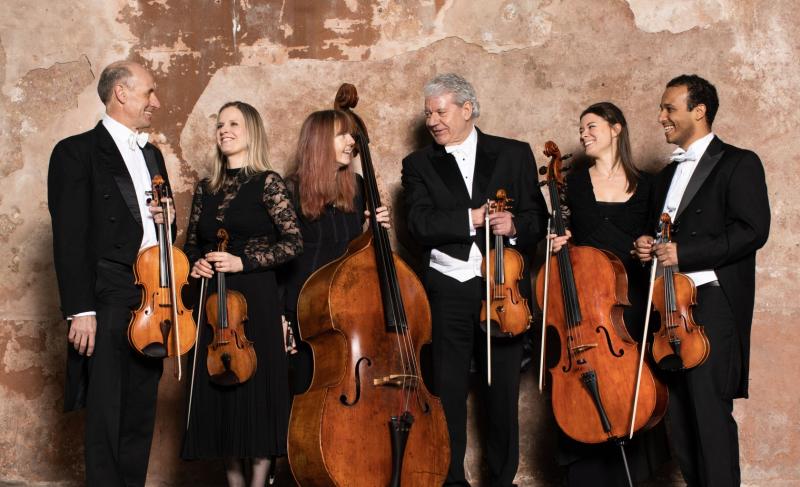 The Walled City Music Festival returns to Derry from June 23 to June 26 for its first live festival since 2020.

One of the last live music events in the city before lockdown in March 2020, the Festival is very excited to make a return to live music-making and will do so with a stellar line-up of internationally-renowned guest musicians from across the world.

Opening the festival programme on Thursday June 23, the Brodsky Quartet celebrated a remarkable 50 years together with a stunning concert planned for Christ Church.

Based in England, with Derry-born member and violist Paul Cassidy, the award-winning quartet have performed over 3000 concerts on the major stages of the world and released more than 60 recordings.

They will perform alongside Co-Artistic Directors of the Festival Cathal Breslin (piano) and Sabrina Hu (flute).

Friday June 24 sees the return of the Ulster Orchestra to the Millennium Forum for a very special concert with local group Acoustronic.

Acoustronic is composed of musicians with and without disabilities who use cutting edge technology, alongside traditional musical instruments, to compose and perform original music.

Their Musical Director Frank Lyons says, “I’ve been directing the Acoustronic ensemble for over eight years now and, while many things have changed - including the advancements and accessibility of technology - one thing has remained constant: the creativity and talent of Acoustronic is unrivaled.”

The concert will present the world premiere of their brand-new piece, ‘Zoom Time’, composed by Acoustronic and Lyons.

On Saturday June 25, the Festival will welcome Sandbox Percussion from New York City to the Cultúrlann theatre for a full performance of their most recent album ‘Seven Pillars’, composed by leading USA percussionist Andy Akiho.

Described as “exhilarating” by The New York Times, and “utterly mesmerizing” by The Guardian, the GRAMMY-nominated ensemble have established themselves as a leading proponent of contemporary percussion chamber music.

Brought together by their love of chamber music and the simple joy of playing together, Sandbox Percussion captivates audiences with performances that are both visually and aurally stunning.

The 13th Walled City Music Festival rounds off its programme of events on Sunday June 26 with a free, family-friendly event held in St Augustine’s Church on the Walls.

End of an era for Institute

The Mill Ave Chamber Players from Phoenix Arizona, who will have performed in 8 local primary schools throughout festival week, will present Aesop’s Fables composed by bassoonist and member of the ensemble Thomas Breadon Jr.

The short piece explores and expands on the beloved and well-known tales from Aesop’s Fables, including ‘The Tortoise and The Hare’ and ‘The Wolf in Sheep’s Clothing.’ The event is free and families are welcome.

"It’s fantastic to see the Festival welcome audiences back to live performances once again following a challenging few years for the sector. Congratulations to the team on curating such a high-quality, world-class, international programme and I would encourage everyone to go along and enjoy.”

For tickets and information visit walledcitymusic.com