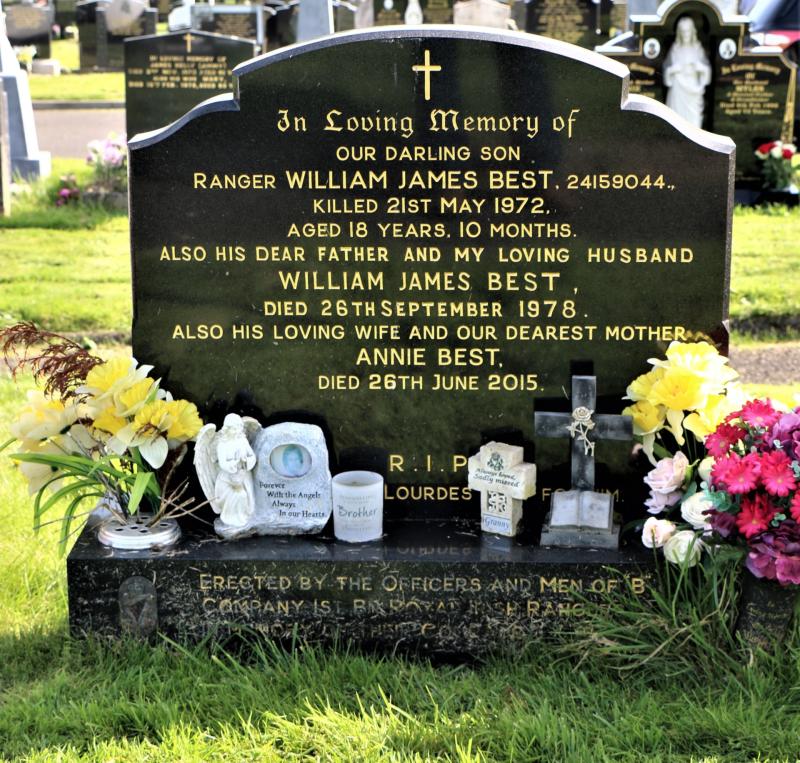 On the week of the 50th anniversary of the killing of William Best, writer and former MLA for Foyle, Eamonn McCann, feels the proper reaction to his death would be one of compassion.

William Best was from Rathkeele Way in Creggan and one of William Snr and Anne Best's seven children.

At 6.30am on May 21, the remains of 18-year-old William were found partially-hooded on a stretch of waste ground on William Street.

Upon examination, it was found that his body had been beaten and that he had died as a result of a single pistol shot to the head.

William had been a serving member in the British army as a Royal Irish Ranger. British Army policy at that time excluded British regiments from serving in Northern Ireland and as a result the Derry born soldier spent his time in Germany and Cyprus.

Despite the obvious dangers and all military advice and family warnings not to come home on leave, Willie Best returned to Derry on May 15, 1972 especially as tensions in the city were still extremely high just four months after Bloody Sunday.

The Best family have also always maintained that around two days before Willie’s return a local priest came to their home and warned them that former schoolmates of the young soldier were planning to hand him over to the IRA.

William Best left his home in Creggan on the afternoon of Saturday afternoon of May 20. It was the last time that his family saw him alive. Witnesses reported seeing him in Derry city centre and that he visited a shop at the top of Waterloo Street where he bought an album of Irish rebel songs as well as republican lapel badges.

However, accounts of his whereabouts end at around 8.45pm that night and its assumed that it was around this time he was abducted.

The murder of William Best was later claimed by the Official IRA who said the teenager was acting as a spy for the British Army.

Eamonn McCann, who at the time was both a Civil Rights activist and a journalist said that the fact William was local brought out a huge sense of sadness and compassion in the city.

He said: “At the time of William's murder, there was an awful lot of compassion around the town.

“He was a local lad who had come home to see his mother and he was only nineteen.

“The reaction of the local people depended on their politics. If you were a hardline Republican, you would have seen him as a 'Brit' – a British soldier – and have very little sympathy for him.

“But there was a gradation of feelings in response to his killing. A lot of people like myself were conflicted.

“I've no love at all for the British army but at the same time, this is a nineteen-year-old local lad who had just fallen foul of all of this. 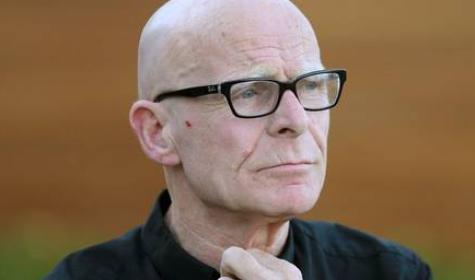 “William certainly wasn't a politically-motivated anti-Republican – he was a young lad who had come back to see his mother. That shouldn't be a capital crime.

“You felt for both him and his family. It was a very lonely and undeserved death – he didn't represent British oppression or anything else.

“Saddened would be the word I would use in terms of the reaction to his death.”

For those reading this who were born after The Troubles, the fact that a lad from a Catholic/Nationalist background would join the British army may appear strange.

But as McCann states, things had not become so black and white in the early 1970s and that there had already been a long tradition of Irishmen signing up for the British army – including those who would become heroes of the Independence War that saw 26 of the 32 counties breakaway from the United Kingdom.

McCann added: “Irish Catholics joining the British army would have been quite common a few years earlier. There's been a long tradition of it where you could go back to the nineteenth century of local people signing up.

“During the time of World War One as well, there was a substantial number of Irish people who served in that who went on to become Republican heroes.

“One example is Tom Barry who was a Corporal for the British Army before joining the West Cork brigade.

“There are other examples too so William Best didn't come out of nowhere. Someone from the nationalist community might be seen as being contradictory now but it wasn't back then.

The defendant appeared in court on Wednesday.

“You also have to remember that people joined the army to get money given how unemployment was at the time.”

The murder of Willie Best caused a wave of public disgust in Derry and as a result, hundreds of women descended upon the headquarters of the Official IRA in the Bogside and demanded that they, the Provisional IRA and the British Army cease hostilities immediately. The following day, the Officials declared that they would cease all offensive operations and only act in defence of ‘no go’ areas if required.

“There was a sense of revulsion as, like I say, William was local and people knew his parents and the rest of the family,” continues McCann.

“There wasn't a cohort of people supporting the armed struggle. Allegiances were in the process of being developed and fashioned – things were not as clear-cut or as set, like there were to become, back then.

“The long and short of it was that William was a victim of The Troubles. I would see him in that light.

“I wouldn't see him as a 'traitor', or an 'enemy' or anything under that light whatsoever. I feel the proper reaction would be one of compassion.

“I don't think there's any political point to be made from the death of William Best.”