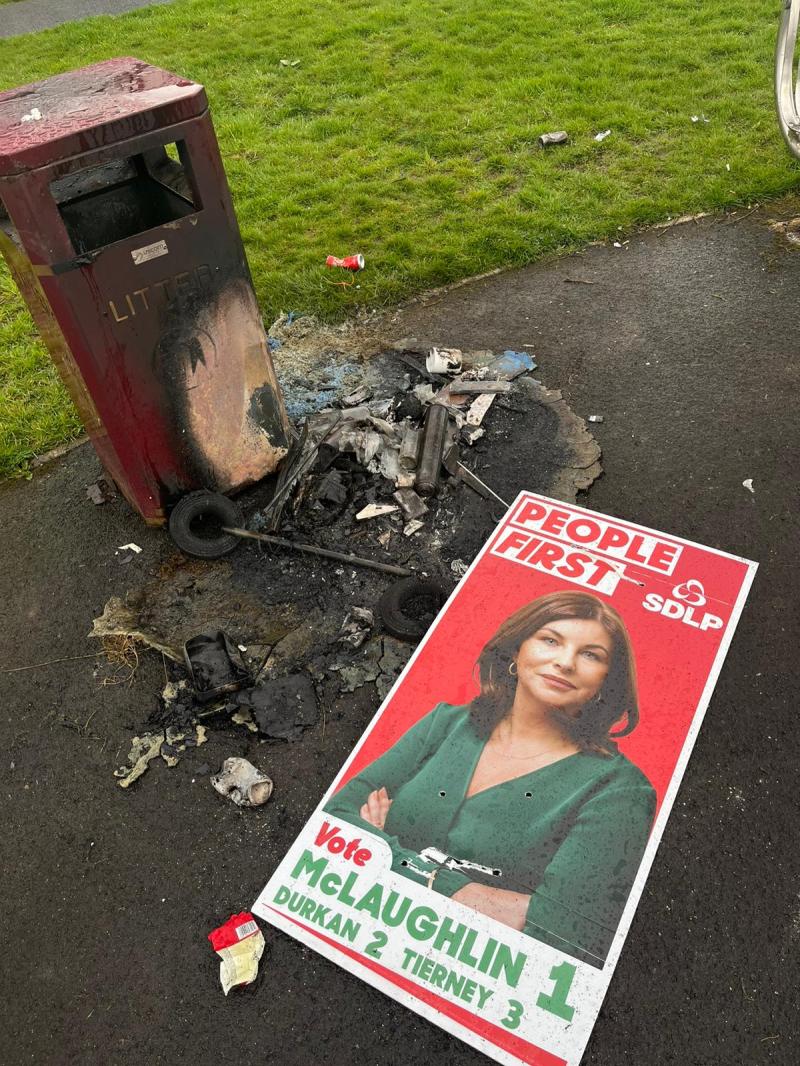 One of the stolen Sinéad McLaughlin campaign posters that survived the burning at a rubbish bin in the Riverside Terrace area of Derry.

SDLP Foyle Assembly candidate, Sinéad McLaughlin, has expressed her anger after a number of her election posters were taken down and burned.

Pictures and video taken last night show the posters being removed and they were then burned in the Riverside Terrace area of Derry.

The PSNI and Fire Service attended the scene shortly after 1am and the fire was extinguished.

Sinn Féin's Foyle candidate, Ciara Ferguson, has also reported of her own election posters being removed and vandalised while in Belfast, an SDLP candidate, Elsie Trainor, posted footage on social media of her being assaulted as she tried to stop two hooded yobs from ripping down her posters.

Ms McLaughlin called for an end to attacks on election posters after a number of incidents in the city and across the North.

She said: “It really angers me that anyone thinks they have the right to remove my election posters and burn them in the street.

“Hard working volunteers spent hours putting up these posters and it is totally unacceptable that they have been treated in this way. I’d like to thank the fire service and police for attending this incident and extinguishing the fire. 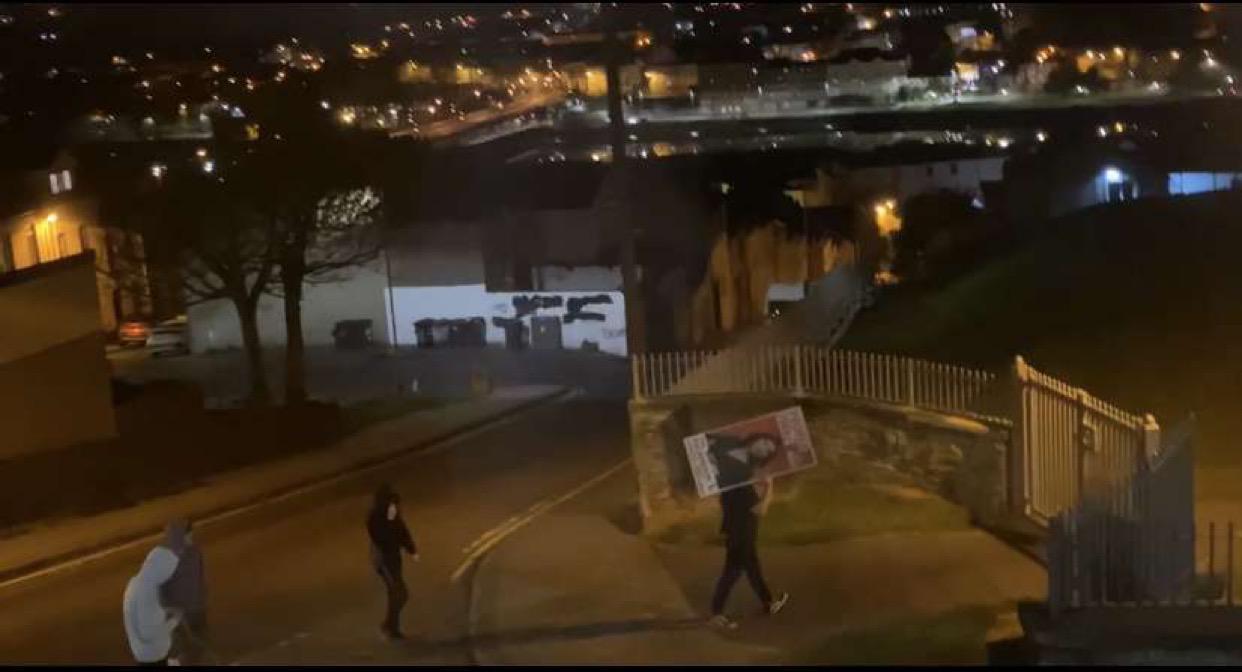 “As someone who has lived in Derry all my life, raised my children here and worked in our business community for many years it’s painful to see your image burnt and young people being used in this way.

“As both a councillor and an MLA I have worked on behalf of every community in this city and I won’t be deterred by this incident or any attempt to impact on my campaign.
“This sinister development is yet another toxic incident in what is shaping up to be an extremely challenging election campaign.

“My SDLP colleagues and representatives from other parties have had their posters burned, while others have been threatened and even attacked. I’m calling on every politician to send a clear message that this kind of behaviour is completely unacceptable, nobody should have to put up with it.

“I’ll be dusting myself down, putting new posters up and getting back on the campaign trail today to send a clear message that I won’t stand for this kind of nonsense.”

An SDLP candidate was accused of being 'the IRA'.

SDLP leader demands Boris Johnson and his Chancellor, Rishi Sunak, both resign after duo were fined for breaking their own Covid rules

Sinn Féin's Ciara Ferguson also spoke out against those who have done similar damage to her own electoral posters.

She said: “The PSNI have informed me today that several of my election posters have been removed and defaced over recent days.

“This is totally unacceptable. I would urge people to respect the democratic process and respect all candidate posters in the run up to this Assembly election.”

The PSNI have warned anyone caught taking down or vandalising election posters will be liable for prosecution.

“We are committed to doing everything we can to ensure all candidates can participate fully in the forthcoming Northern Ireland Assembly election free from harassment, intimidation and other forms of criminality.

“Thefts of election posters or criminal damage to them will be investigated as crimes, and all reasonable steps taken to recover any available evidence.

“Police will fully respond to these incidents and any identified suspects will be liable to prosecution.

“Like all incidents and offences due consideration will be given as to whether or not they are perceived to be motivated by hate.

“We would strongly discourage people from engaging in this criminal behaviour. I would appeal to anyone who witnesses the theft of election posters to contact Police immediately.”