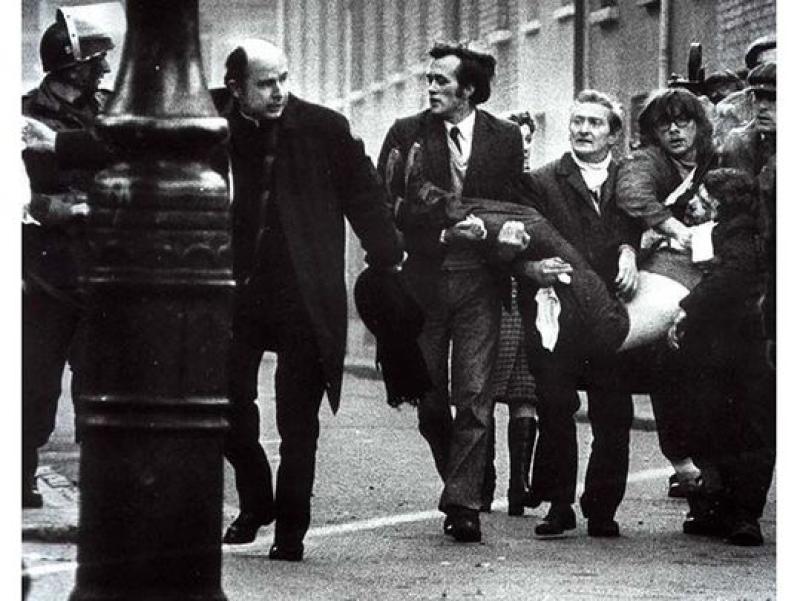 Inishowen Councillor Terry Crossan turned 19 on Boxing Day 1971. On Bloody Sunday, he was a month into his nineteenth year.

Terry recollected: “The week before Bloody Sunday, there was a march down on the strand at Magilligan and the protesters were treated very badly by the Paratroopers. They were hosed. They were battered. It created quite a build up to the march that was coming on the Sunday. 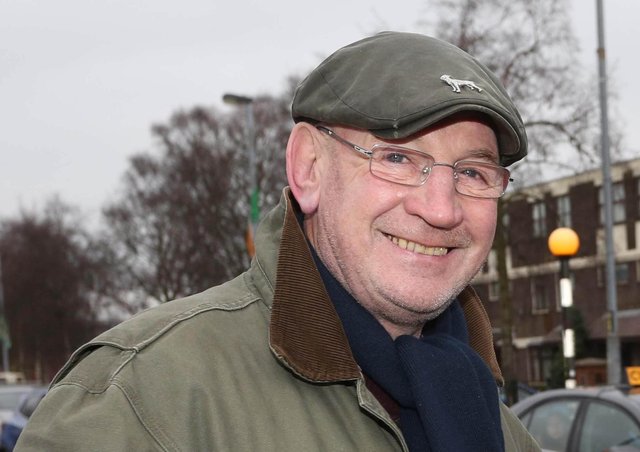 “At the time, I had no real Republican background. My grandmother was a protestant from Inishowen, from Moville. Her family name was Atchison and a good lot of my other relations would have been from Gleneely and Carrowmena, all protestant people. My grandmother married a man from the Brandywell called Crumlish and her other sister married a man from Wellington Street called Paddy McCourt, a tailor.

"We lived with my mother's uncle, Samuel  Atchison, in Beechwood Avenue, who was a protestant and every Sunday morning, we'd all head off in the car. We'd go in for 11o'clock Mass in the Cathedral and he would go into Christchurch in Windsor Terrace and we'd all meet up afterwards and head up home. I was brought up in that sort of environment.

“At the time of Bloody Sunday and pre-Bloody Sunday, we had come through the whole Battle of the Bogside (1969) and the emergence of the IRA in the early 1970s.

"You were aware of incidents happening and you were becoming a little bit more interested. It would probably accurate to say, I was on the periphery of events, not really involved but interested in what was happening.

“On the day, we all gathered up, up in Creggan and the march took off. We came to the corner of Rossville Street and William Street. (I was born right on that corner, number 54, William Street.)

“We heard the noise escalating and there seemed to be a charge up from the bottom of William Street over Sackville Street. Crowds began to run and it was at that point we started hearing a number of high velocity shots. People would have run into Glenfada Park, which is were a lot of people were arrested.

“The firing was becoming more intense. The only thing on my mind was self-preservation. Eventually, I knocked at the backdoor. Somebody opened it slightly and I crawled in. And, in the front room of that house who I now know to be Joseph Mahon. Joseph was lying on the floor and seemed to have a wound somewhere in the chest area.

"I am nearly sure there was a member of the Knights of Malta working on him. Joseph survived.

“People stayed in until everything calmed down and then you could see people beginning to move about outside. I went out along with everyone else and there was total confusion.

"Nobody knew what was happening and I made my way homewards. This would have been late afternoon. I was glad to be out of it and then the news about what had happened began to filter through, by word of mouth, the numbers who had been shot and then the names of the dead.

“An, obviously, when the name of Gerry McKinney came through, it had  a big impact because Gerry was married to my cousin, Ita, and her mother, May, lived opposite us in Beechwood. Avenue. We were a fairly close family.

“It was horrendous, almost unbelievable and then when the imagery started to come through on the TV, you would have seen Bishop Daly, who was a priest at the time, and Liam Bradley and wee Charlie Glenn, who was in the Knights of Malta and who was only my age but played an absolutely heroic role in all that.

"You also had Evelyn Lafferty, who was also a member of the Knights of Malta. Joe Mahon was to become her future husband and there he was, lying in the front room of a house in Glenfada Park with a high velocity bullet wound to his chest.

“There was a young lad called Michael Quinn, from Marlborough Road, very quiet. His father worked with my father in Lough Swilly, at the Pennyburn garage. Michael would have been at St Columb's at the time and sustained a life-changing injury to his face. It was horrific.

“When you see, as time goes on, more and more imagery, has become available and we see Fr Mulvey waving a hankie and Fr Bradley, who was a curate in the Long Tower. Fr Bradley was arrested and there would be imagery of him being frog marched by the Paras, along with a big number of others. There were mass arrests.

“Ita lived in the Waterside. The wake was horrendous seeing all her young children who didn't  understand the gravity or the long-term impact of what had happened. After the Requiem Mass, Gerry's cortège went to Iskaheen.

“Thomas McColgan who is the butcher in Muff, They live right beside the chapel in Iskaheen, next door to the old graveyard and he told me afterwards, that Ita fainted at the graveside and was brought into their house.

“Half a century later, reflecting, from my own person point of view, it would have been life-changing for me because it was probably the catalyst that moved me from being a peripheral observer into something that would have more serious connotations,” said Terry Crossan.