Steve Bradley is chairperson of the Derry-based lobby group, Into the West 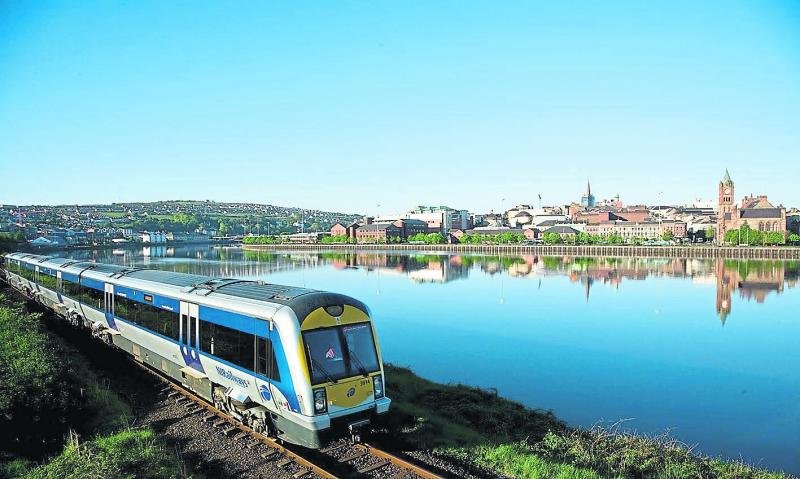 Help create a rail renaissance in the North West

Steve Bradley is chairperson of the Derry-based lobby group, Into the West, which is campaigning for a better rail network in the North West. Here, he explains why people should contribubte to the All-Island Rail Review consultation.

There was a time when Derry sat at the centre of an intricate regional network of rail – with four railway stations in the city, and lines branching out in all directions.

Whether you wanted to get to Belfast, Dublin, Strabane, Limavady or Letterkenny, there was a train waiting to take you there from the centre of our city.

All that had changed by 1965, however, as the culmination of two decades of cuts to the Irish rail network saw our infrastructure reduced to just one station and a line to Belfast. Since then, two whole generations have been born and raised in Donegal, Tyrone and Limavady for whom rail exists only in hazy memories and black and white photographs.

Cutting our city off from these hinterland areas has affected us economically, socially and in terms of tourism.

The demise of rail in the North-West is inextricably linked to the economic under-performance of our region over the last 60 years.

The good news is that an opportunity has now arisen to undo those mistakes of the past. Rail is having a major renaissance across Europe, with the EU even declaring 2021 as its ‘Year of Rail.' In Ireland - a place with one of the highest car - dependency rates in Europe - rail is no longer being viewed as an outdated relic.

It is instead increasingly seen as a key part of this island’s transport future - with an essential contribution to make in tackling climate change, road congestion and rebalancing population and economic activity away from Belfast and Dublin. 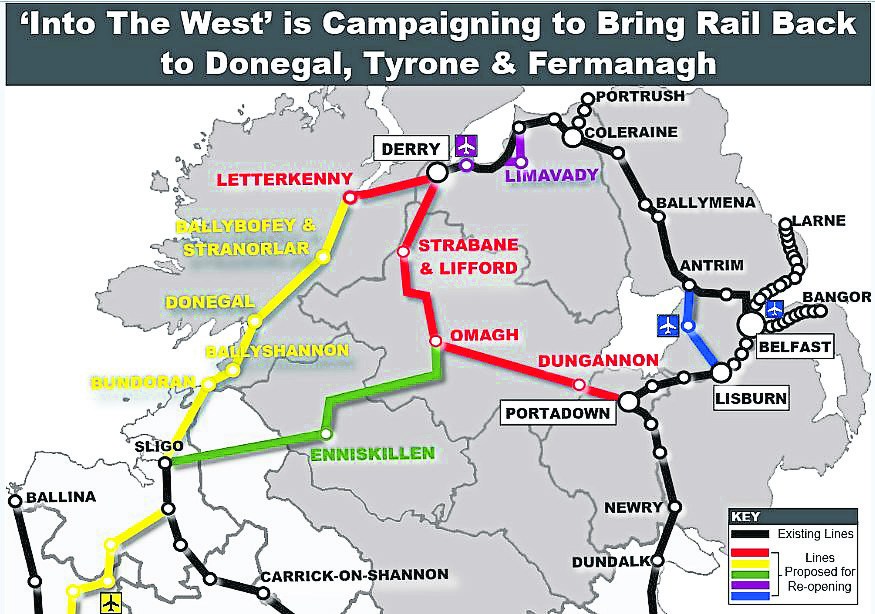 The Republic, in particular, has reflected this change of attitude in its new ‘Project Ireland 2040’ National Development Plan, which makes Sustainable Mobility a key national objective.

Whilst Northern Ireland is often slow at responding to the winds of change, even here there has been a palpable change in public and political attitudes towards rail. And now the first ever All-Island Rail Strategy is being developed to map out a new role and future for rail across Ireland.

The All-Island Rail Review Strategy was jointly announced last year by NI Infrastructure Minister Nichola Mallon and southern Transport Minister Eamon Ryan. The strategy will look at ways to improve the rail network across the island as a whole, with a particular focus upon 'better connections to the North West.'

The Review is due to be completed and published by Summer 2022 - and as part of that process a public consultation has begun to secure views on how and where the network should be improved.

Into The West is the campaign group for rail in Counties Derry, Donegal, Tyrone and Fermanagh. It was established in 2004 to successfully oppose Stormont’s then-plan to shut the existing Belfast to Derry rail line west of Coleraine.

That proposal would have removed the last remaining piece of rail infrastructure anywhere in West Ulster, and left NI’s second city (and the fourth biggest on the island) without access to rail. It would also have made returning rail to Donegal and Tyrone at any point in the future even less likely to happen.

Into The West won the battle to save that crucial rail line, and followed it up by successfully campaigning for a new fit-for-purpose rail station to be created in Derry. In recent years we have also begun campaigning for seven major improvements that would revolutionise transport across the North West of the island.

We have been making the case for extending rail provision throughout the North West to the transport ministers North and South, MPs, MLA, councils and TDs, chambers of commerce and ordinary members of the public.

And we’ve witnessed a fundamental shift in public opinion on this topic in recent years. Where once the idea of bringing rail back to places like Letterkenny or Strabane was dismissed as fantasy, it is now considered essential by many people across the North West.

The absence of even basic infrastructure in counties like Donegal and Tyrone (connecting directly to Derry) is no longer being tolerated, and people are being increasingly outspoken in demanding it be changed. The North West is awake!

If you want to see Derry return to its rightful role as a major regional transport hub for the North West, the All-Island Rail Review consultation is the perfect opportunity to get your voice heard on this. It is essential that as many people as possible from Derry use it to demand the expansion and improvement of rail throughout the North-West.

There will be a lot of voices contributing from elsewhere across the island, to demand that rail be restored or improved in their area too.

So, if we don’t take advantage of this opportunity there is a danger the places which shout louder could become the main focus of this new strategy.

Rail will only expand across the North West if people here believe it is possible and demand that it happens. So, we need to ensure that Derry shouts the loudest – and with a united and clear voice – on this key issue for our region’s future.

The deadline to make submissions to the All-Island Rail Review Strategy consultation is this Friday, 21st January 2022.

If you want to see Derry return to its former glory as a regional transport centre, and 60 years of transport isolation come to an end for Donegal and Tyrone, then please ensure you make a submission today to say so.

And please also ask for the seven ‘Requests for the North-West’ listed above.

The consultation webpage is : www.StrategicRailReview.com/

Feedback . You can also submit comments by email to:  strategicrailreview@arup.com