"We are bringing the award back to Derry, I am super proud" 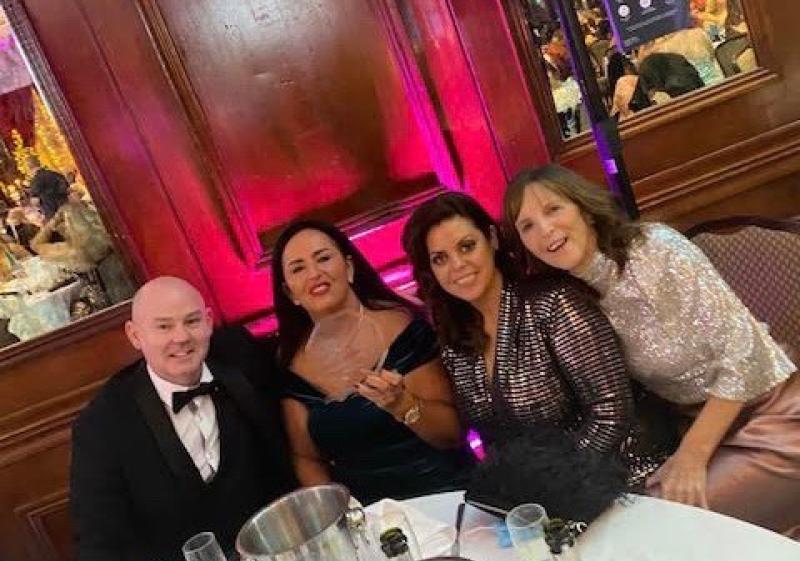 Clare’s Barbers, situated at Rosemount Avenue, Derry, has won the Barbers of the Year award at the Northern Ireland Hair and Beauty Awards.

The awards ceremony was held on Sunday night (December 12) at the Europa Hotel in Belfast where Clare and her team scooped the top prize.

Owner and barber, Claire Elish Craig, was nominated by her daughter, Chloe, who posted on Facebook for Clare’s clients to fill out a survey and allow for Clare and her barbers to be nominated.

Speaking after the win, Clare said: “I am still in shock, I can’t believe we won Barber of the Year.

“The whole night was great, it was a black-tie event, but we were completely surprised by the atmosphere in the ballroom, it was electric.

“When it came to my category, we were saying it’s going here, it’s going there, and then Clare’s barbers were called as the winner.

“We are bringing the award back to Derry, I am super proud. It’s really nice being recognised for all the hard work and dedication that you put in year in and year out.

“I want to thank all my loyal customers all these years, my family and hardworking colleagues for supporting me as well.”

The business, open since 2014, is Clare’s first barber shop but she has been hairdressing and barbering since she left school, some 31 years ago.

Clare said: “I trained with James McGarvey who was my old mentor and master barber. He retired at the age of 85, that’s when I went out on my own.

“I went on to do my advanced level and assessor award in barbering. I have given my all to this trade.

“I feel I have carried a lot of the values over from James; offering value for money and a friendly ear for our customers.”

“A lot of my clients who were teenagers when I started, are now coming with their own children. In some cases, I have three to four generations from the same family.

“My shop is just not another shop, it’s an integration into the local community where people come to have a haircut, a chat, unload their worries, and I to them, and they sometimes have the occasional beer.”