St. Columb’s College’s inaugural event in a year of celebration to commemorate the birth of St. Columba 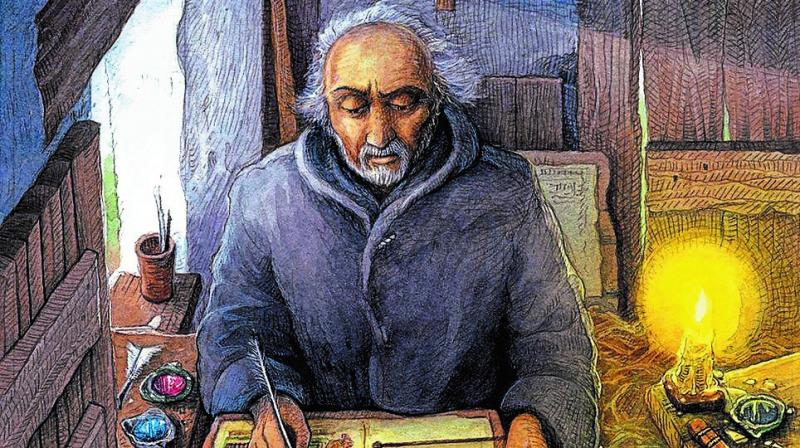 Dr Stephen Kelly, subject lead for English at Queen’s University Belfast, will headline St. Columb’s College’s inaugural event in a year of celebration to commemorate the 1,500th anniversary of the birth of St. Columba.

Columba is a figure as multi-faceted as his names are numerous, be it Columba, Colmcille or Columb.

This year marks the 1,500th anniversary of the birth of one of the patron saints of the island. Columba, who was a prolific founder of monasteries, is credited with founding the city of Derry upon the rocks that mark where Long Tower Church stands today.

However, Columba was not merely a meek monastery founder but someone who exhibited the courage of his convictions in stories as wide ranging as confronting Pictish tribes in modern-day Scotland to immersing himself in transcription and the reproduction of manuscripts.

With Columba as its patron, St. Columb’s College will stage a year of celebration in honour of the momentous anniversary of Columba’s birth.

A Mass, celebrated by Bishop McKeown, on June 9 this year marked the start of this year of celebration that will culminate on June 9 next year..

St. Columb’s College is inviting members of the public to its inaugural event on Friday, October 22 next at 8:15pm in St. Eugene’s Cathedral Church Hall, Infirmary Road.

Nathan Thiruvengadam, from the College's Columba Committee, said: “We are delighted to announce that Dr Stephen Kelly, past pupil and recipient of the Queen’s University Student Union Award for 'most iInspir- ing/motivating' teacher in both 2016 and in 2019, will be delivering a talk titled: Calves and Kindles: St Columba and the History of the Book.

“Dr. Kelly, who is the author of the upcoming Imagining History in Medieval Britain, as well as co-editor of Betwixt and Between: Place and Cultural Translation (2007) and Imagining the Book (2005), will walk us through the questions: Can it be true that St. Columba left Ireland over a book? Why was the act of copying St Finnian’s Psalter such an affront? What was a

Psalter anyway, and how did it come to represent such a powerful instrument of cultural prestige and political authority?

The talk will situate the Cathach of St Columba within the context of late classical and medieval ‘book culture.’

It will argue that the book is the most significant technological innovation in Western culture, while also suggesting that the book and its metaphors continue, even in a digital age, to shape profoundly our under- standing of memory, history – and ourselves.”

“The event is open to all; be you young or old; an expert or a novice on the background of our city’s founder- all are welcome.

“The event is free but email columba1500@ stcolumbscollege.org to con- firm your attendance.

“Tea and refreshments will be provided after the talk.”