103 Bank of Ireland branches across Ireland to cease services today 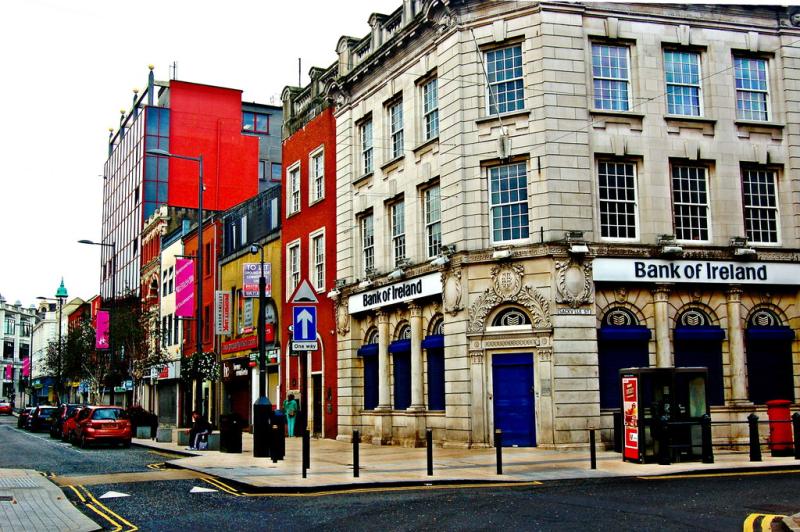 The Bank of Ireland branch at Strand Road is to close it's doors today..

More than a third of Bank of Ireland branches across the country will close their doors for the last time today.

The bank is ceasing services at 15 branches in the north of the the country, and a further 88 locations in the Republic as part of significant changes to its branch network and local banking services first announced in March.

As part of the major restructuring of the bank, the Strand Road branch will close with customers still able to avail of services at the Culmore Road branch.

Additionally, the branch in Limavady will also close, as well as branches in Strabane and Moville in County Donegal.

It said that over the last three years, there has been a 60% drop in the number of customers visiting the branches in question, with a rise in those using online services.

Bank of Ireland said an arrangement with the Post Offce, to allow for lodgements and withdrawals, will "protect local access to over-the-counter banking", allowing account holders to conduct transactions at post offices around the country.

"Our personal customers may use any Post Office branches to pay in cash or cheques, withdraw money using their debit card and check balances.

"Business Customers can use Post Office branches to pay in cash or cheques withdraw money and check their balance with their Bank of Ireland UK Business Debit Card.

"Varying limits will apply to cash transactions, we will support customers to set up new arrangements including coin and larger cash transactions and are also planning to enhance services later this year."

Customers affected by the closures have been written to in recent months, informing them of the changes and outlining where their accounts will be transferred to. Account numbers, sort codes, along with direct debits and standing order arrangements, will remain in place.

While most of the branches being closed have post offices nearby, customers wanting to access other Bank of Ireland services may now have to travel significant distances to their closest branch.

The Financial Services Union (FSU) has described the closures as "a sad day" for staff and customers and a real sign of the weakness of regulation in Ireland.

"Despite cross party opposition in the Dáil and in Stormont and across wide sections of the community, Bank of Ireland have continued along the pathway of eroding their footprint and removing vital services from communities across our country,"

"The Regulator has clearly failed in its role of protecting customers and communities in this instance," he added.

Mr. O'Connell said the withdrawal of ATMs will mean there will be communities next week which will no longer have 24/7 access to cash adding that despite the increase in card payments, cash remains a vital payment method for customers.

The FSU has called on the Central Bank to open a consultation paper on the future access to cash to ensure that the use of this access is safeguarded.

It also called for the urgent consideration whether legislation and new enforcement powers are required in this area.

"Our banking sector is at a crossroads and needs a commitment from the Central Bank that the banking network will not disappear, and that they will be proactive in ensuring that communities and vulnerable people will not once again be hit the hardest," Mr O'Connell added.