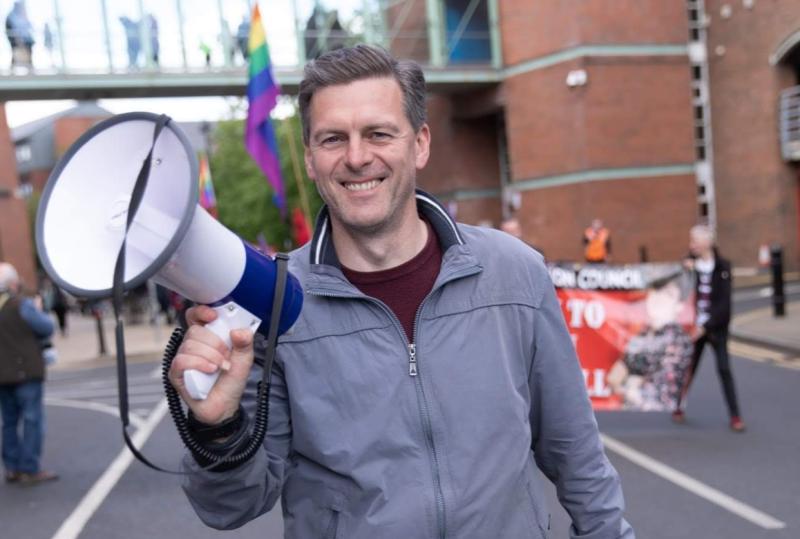 People Before Profit Councillor Shaun Harkin has launched a blistering attack on Prime Minister Boris Johnson saying that both him and the Conservative Government should “burn in Hell”.

Harkin's fury comes as the £20 cut to Universal Credit comes into place leaving many low-income families struggling ahead of the Winter.

However, Harkin's ire was not just reserved for the Prime Minister as he launched a broadside at the DUP's “crocodile tears” and accused both Sinn Féin and the SDLP of having “sat on their hands” in the face of this cut.

Cllr Harkin said: “Boris Johnson and the Tories should burn in Hell for slashing Universal Credit in full knowledge it will throw workers and vulnerable people – including thousands of children into poverty.

“The Stormont Executive has done virtually nothing to oppose this criminal cut. The hypocrisy of the DUP's 'concern' is putting 'crocodile tears' on a new level.

“The cut will hit Derry harder than anywhere else but the two biggest parties here, Sinn Féin and the SDLP, haven't organised a single protest or action.

“Sinn Féin and the SDLP have sat on their hands doing nothing as rising numbers of people have been forced to food banks.

“On their watch, more than twenty-seven per cent of people in our district area languish below the poverty line.

“They've told people for years to 'leave it to us' and discouraged people from taking action. It hasn't worked. It won't work.

“There's plenty of 'concern' from Derry's two biggest parties but the statistics show poverty is worse – we have the highest levels of poverty in the North.

“The Stormont Executive should commit immediately to stepping in now to ensure no worker or vulnerable person on Universal Credit will lose out.

“People Before Profit's 'Day of Action' in Derry and across the North this Saturday (October 9, 2021) will call on the Stormont Executive to immediately agree to find the necessary funding in order to restore the £20-a-week Universal Credit cut.”