Into the West chairperson Steve Bradley puts the case for tackling overcrowding on the service. 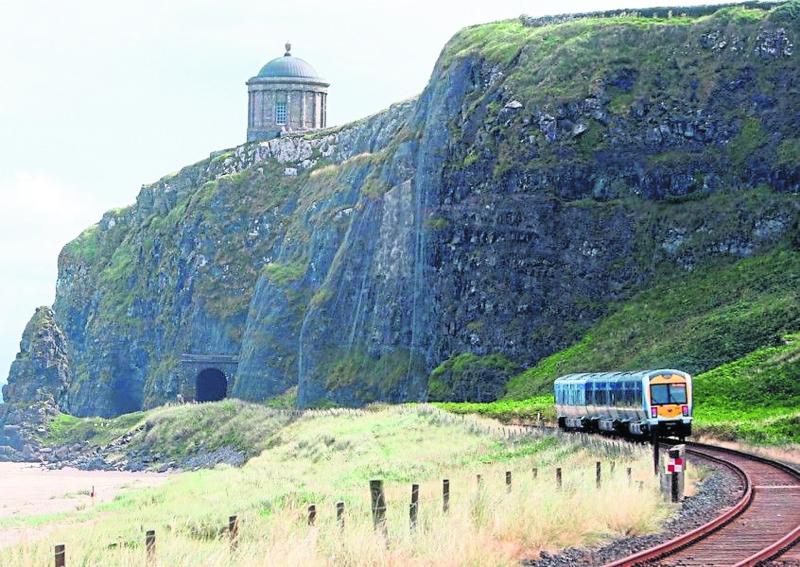 Rail passenger numbers across Northern Ireland fell dramatically in the 15 months after the Covid pandemic began in Spring last year, but have bounced back again since the summer – and on some days passenger numbers are even higher than they were prior to the pandemic.

Demand has been so high recently that Translink has used social media frequently to alert users of the Derry-Belfast service that certain trains were full and 'standing room only.'

Into The West claims that Translink could easily address this problem by using new carriages that they took delivery of six months ago but have yet to put into public service.

The Department for Infrastructure has provided £60 million funding to enable Translink to purchase 21 new rail carriages from Spanish manufacturer CAF. 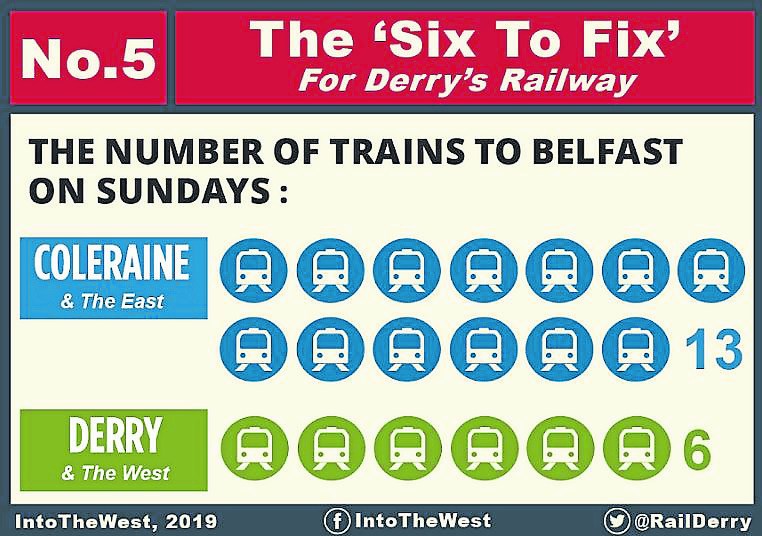 Translink took delivery of the first three of these new carriages on March 22 this year, and has since received at least three more. These carriages will be used to double the length of all trains operating on the Derry-Belfast route – from three carriages to six - which will provide an additional 230 extra seats per service.

After six months, however, these carriages have still not been entered into public use. And with some existing trains on the Derry-Belfast route over-crowded, Into The West is demanding that testing on these new carriages be expedited so that they can be brought into use immediately. 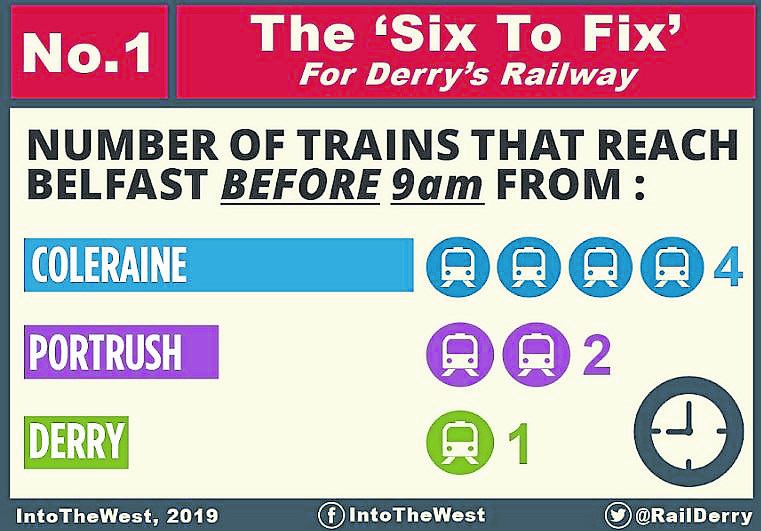 It’s fantastic to see demand for rail back at the level it was pre-Covid, and we’re very grateful for this investment in new carriages on the Derry-Belfast route.

However – it is regrettable that Translink is issuing daily warnings about trains being full whilst it has brand new unused carriages. Especially as we know that crowded indoor environments are a perfect spreeder for Covid.

We appreciate that Translink need to run safety checks and tests on any new rolling stock before it can be brought into use, but after six months the millions of pounds of new carriages they’ve received have yet to see service.

And all whilst some existing trains every day are over-crowded and passengers have to stand. 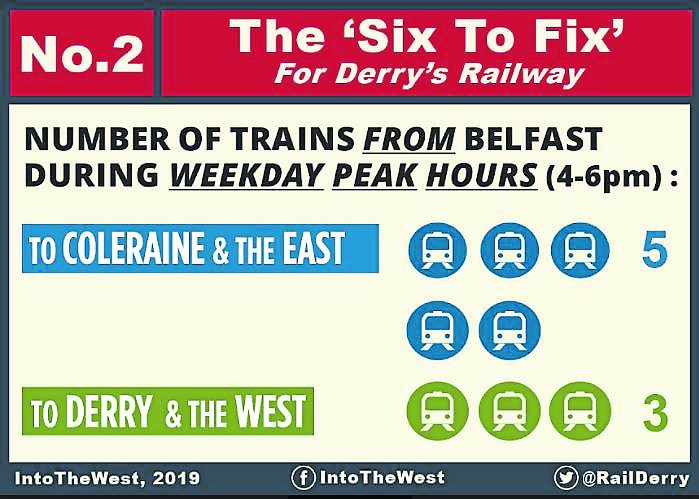 Bringing these new carriages into service now is an obvious solution to remove any risk of over-crowding and meet the high demand for rail usage.

It is therefore essential that the new carriages Translink have already received are introduced onto the Derry-Belfast route without any further delay.

The growing demand for rail here also shines a light on the unacceptably poor frequency of services we have in Derry. Only one train from Derry reaches Belfast before 9.00am on weekdays - whereas Portrush has two and Coleraine has four.

Passengers from Derry who start work or studies by 9am in Belfast are therefore all forced onto the same 6:12am service. On weekdays from 4.00pm-6.00pm every station east of the Bann receives a half-hourly service from Belfast, whilst Derry has to make do with just one train every hour. 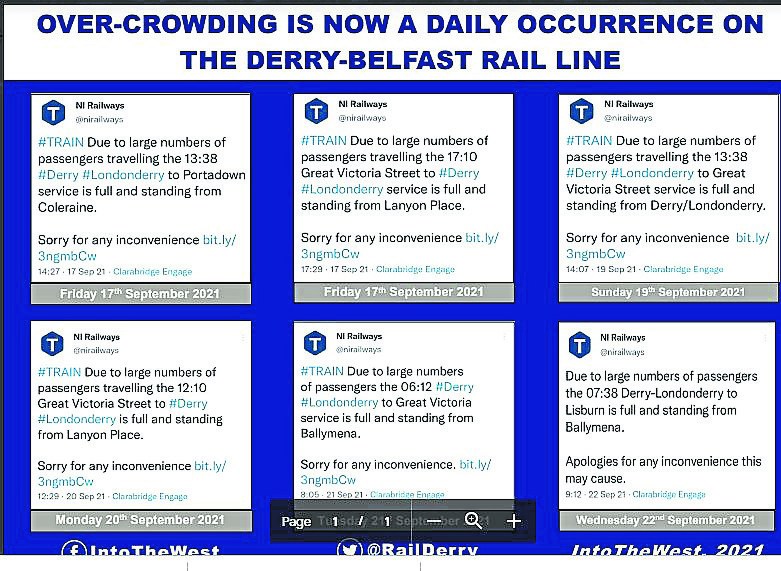 The growing popularity of rail in Derry is a positive story, but Translink must not damage that demand through crowded trains.

The solution is already in their hands in the form of the new carriages they received months ago. It’s now time to ensure they are brought into service immediately on the Derry-Belfast line to help tackle any over-crowding.

And it is also essential that Translink and the Department for Infrastructure address the longstanding inequality of rail service Derry suffers versus stations East of the Bann.

With a Stormont election only seven months away, our MLAs must now step up and force through the necessary change on this. Northern Ireland’s second largest city will no longer accept receiving a second-class service.