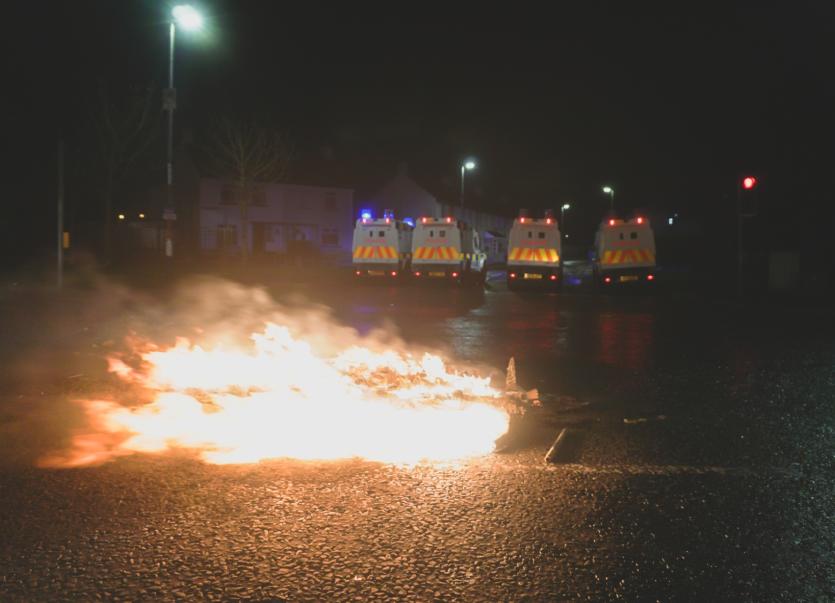 There has been disorder in Derry over the past week. Photo by Nathan Edgar

The polarising politics of Northern Ireland’s two main political parties which has reared its head again over recent months is the ‘root cause’ of current unrest, says a policing expert.

Derry has experienced seven days of disturbances in the Waterside area of the city during which police officers have been attacked, vehicles burned, roads blocked and residents left in fear.

The work of Michael Mulqueen, Professor of Policing and National Security at University of Central Lancashire, has largely focused on Ireland and he is therefore well acquainted with NI politics.

He believes that fundamentally the current disorder is rooted in the absence of effective political and community leadership.

Speaking to the Derry News, Professor Mulqueen explains that in such a vacuum vulnerable people can be preyed upon.

In his view, the two parties occupying the two polarities of Northern Irish politics - Sinn Féin and the DUP - carry a ‘heavy share’ of responsibility for what has occurred. 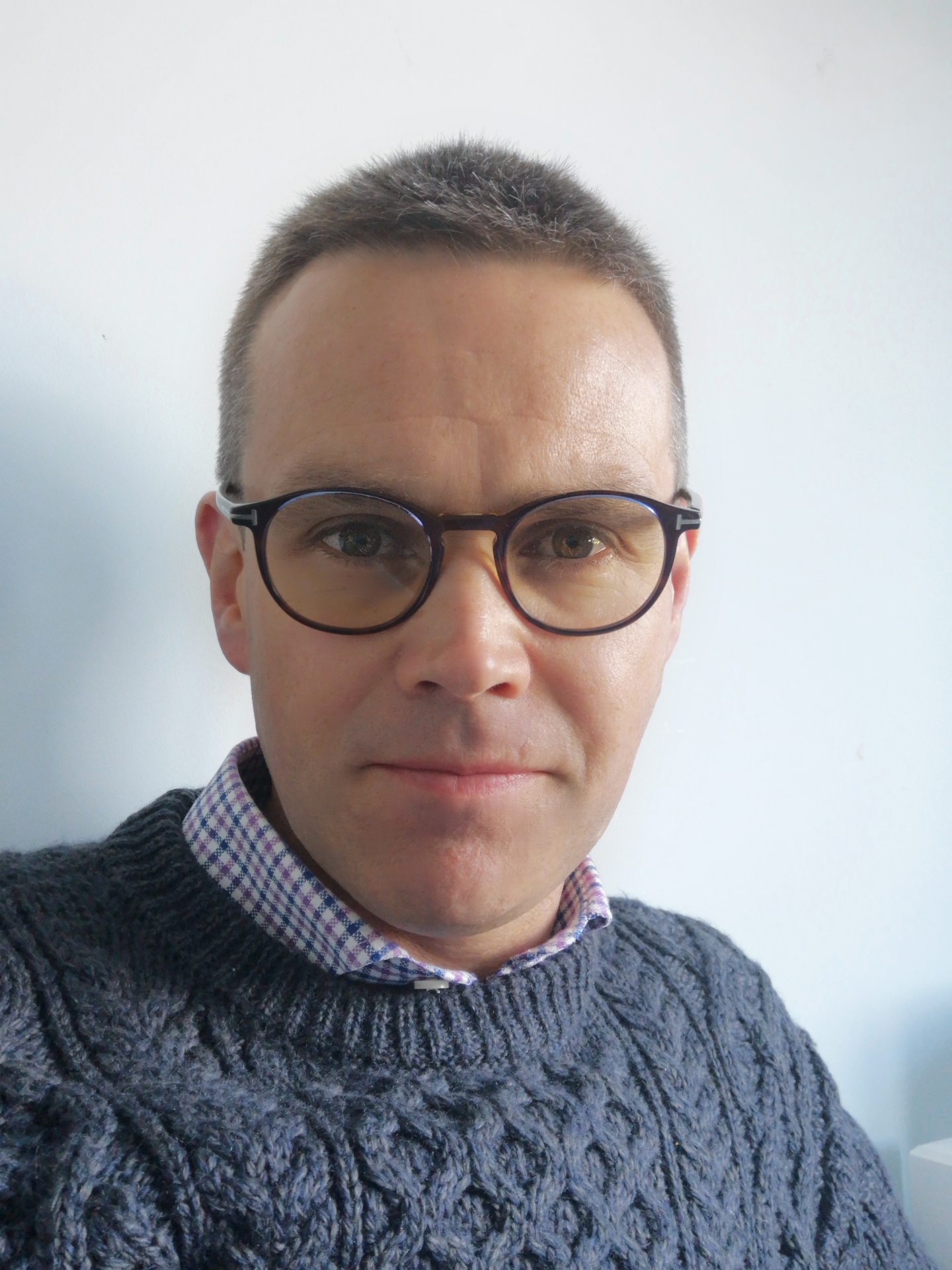 Professor Mulqueen (above) sees promise in the neighbourhood policing model, driven by Chief Constable Simon Byrne and his senior team, which seeks to deliver impartial policing to all communities.

That policing model, he says, is set up to be the very opposite of one side or the other asserting political control over Northern Ireland’s policing.

“But because they profit from propagating deeply-rooted tribalism the parties concerned routinely seek to delegitimise the PSNI, resorting to allegations that it is biased and incompetent, even when evidence-led processes internal and external to it conclude otherwise,” the Lancashire Professor surmises.

“The Sinn Féin leadership have stoked recent tensions by gathering in such numbers at the funeral of Bobby Storey.

“But traditional unionism, in its reaction to the subsequent PPS decision on prosecutions, has gone down the same route.

“The First Minister, Arlene Foster, by calling on Chief Constable Simon Byrne and his senior team to resign, is targeting the standing of the PSNI chain of command at a time of sustained rioting.”

He adds: “Proportionate, lawful and accountable public order policing depends upon clear lines of command and control, which the police hierarchy is designed to deliver.

“By not fully thinking through the consequences of her antipathy for Mr Byrne, the First Minster is raising risk to officers and creating the wrong controversy – one that overshadows the hurt Sinn Féin inflicted upon many people by gathering in numbers at the funeral.

“She is engaging in really hazardous politicking.”

Similarly, he believes, the Pitt Park and Ormeau Road incidents were transformed from moments of potentially useful questioning of police actions into opportunities to delegitimise the police and, arguably, the state.

“They could have informed public debate by engaging themselves with Authorised Professional Practice (APP), which comprises the evidence-based procedures produced by the UK’s College of Policing for everything from an arrest to a riot. Instead, they inflamed insecurity and doubt.

“Officer decision making at Pitt Park is recognisable as a moment of adherence to APP’s requirement to balance competing risks.

“Ormeau Road is both an instance of accountability in action and the severe scrutiny officers face in every aspect of their operational duties. It is a shame when this serious business is trivialised into political ‘whataboutery’.”

Societal divisions which have persisted for generations in Northern Ireland can be overcome, and a more prosperous NI realised, through the healing of divided communities.

But, he says: “Sinn Féin, with a perennially strategic leadership focussed on coherent tactics to deliver their primary goal of a united Ireland, will have no issue with undermining the police as and when doing so serves that goal.

“Traditional unionism is caught in a tangle of unfavourable consequences for Northern Ireland, arising from it being on the wrong side of history when a majority of UK voters decided to exit the EU in 2016.

“It is under pressure from a growing cacophony for a border poll that even the Irish Government is seeking to quieten.

“The rationale for calling upon the Chief Constable and his senior team to resign is remarkably incoherent and, so, may be related to the pressures unionism is under.

“All told, traditional unionism and the DUP in particular is a more unpredictable actor but one, current evidence suggests, is more likely to undermine policing, however unwittingly.

“Certainly, the spectacle of the DUP’s First Minister refusing to meet the Chief Constable is a bad look for moderate unionists and the community generally.”

(Below: Graffiti threatening the PSNI in the Waterside area of Derry). 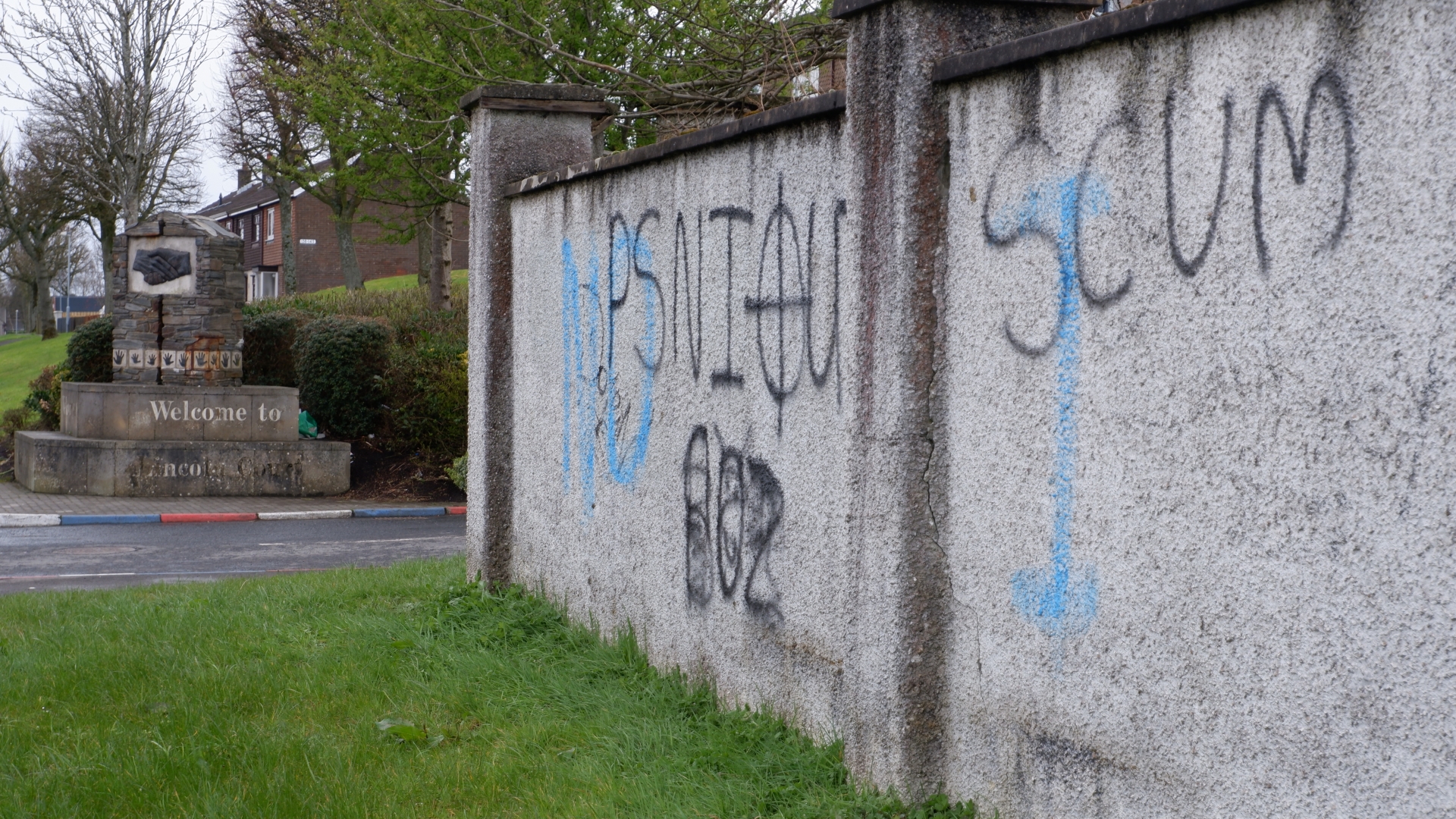 Solving these intractable problems can be done through proper community policing, according to Professor Mulqueen.

He says: “The neighbourhood policing model, which Chief Constable Byrne and his team are implementing, may not have been designed for this purpose but it is, however uncomfortably, exposing the deficits of Northern Ireland’s tribal politics.

“Neighbourhood policing is about empowering all communities within a functioning country. So, by its nature, it creates tensions with the sectional goals of those who do not wish the country to function as the Good Friday Agreement sets out or who wish it to merge into something else.

He continues: “Politicians must reconcile with their voters the harm that their political priorities are doing against the healthy potential of a policing model that serves all people, regardless of allegiance.

“This is why I am optimistic: in Northern Ireland right now, there is an excellent policing model and there is a police leadership team clearly wedded to implementing it, despite continuous challenge. “PSNI has serious challenges to face, not least of which is its legitimacy among all communities.

“The root problem, however, is not with policing. The problem is one of weak politics and the time it takes for that to mature or give way to the business of healing and building communities served by a dedicated police service.”