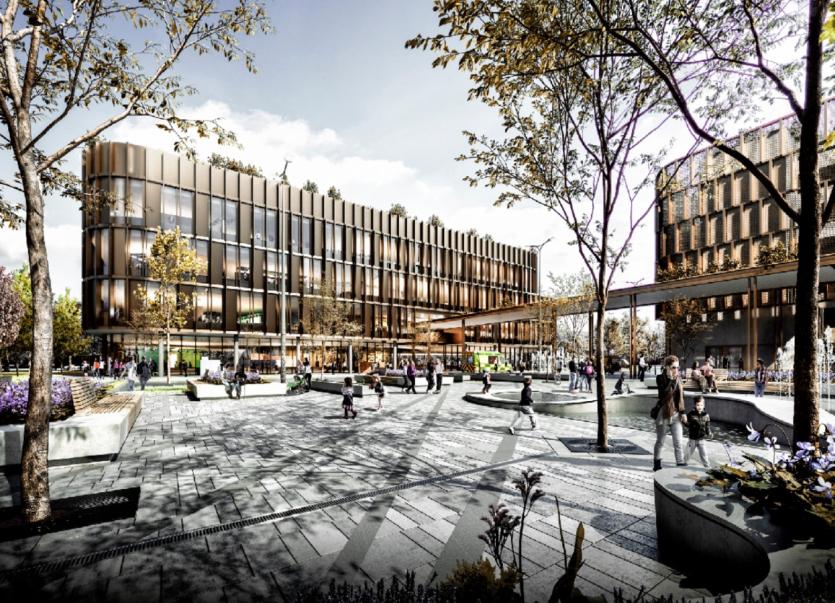 An artist's impression of a Health Hub at Fort George.

Long-awaited development at Fort George has moved a step closer after approval was granted for a new city-side health hub next to the River Foyle.

The health hub would occupy half of the remaining land with the original masterplan being revised to determine what will be built on the other half.

Both decisions will allow the Trust to purchase the necessary parcel of land at Fort George.

It’s understood that it will be a number of years before it reaches the construction stage.

The Western Trust plans to complete detailed design and tender preparation within 28 months.

Once the second stage approval has been granted, it is anticipated that tendering, award of contract and on-site construction and commissioning will be completed in 36-40 months.

A Western Trust spokesperson said: "Progression to tender and award of the construction contract will however be dependent upon a 2nd stage approval being granted by the Department of Health and affordability at that time."

He added: “The above timelines are subject to the necessary Departmental and statutory approvals including planning.”

Health Minister Robin Swann described it as an ‘important step’ towards ensuring the delivery of high quality integrated primary and community care services within the city and also towards improving the health service infrastructure within Northern Ireland.

“I recognise the efforts of all concerned in securing the site for this new facility and my Department will continue to support this project as it moves to the next stage,” he added.

In the meantime an ongoing issue delaying any development at the site will have to be resolved, that of a perceived flood risk posed by Creggan Reservoir.

The local council has submitted a funding proposal to central Government for remediation costs needed to carry out this work at Creggan Reservoir as well as future inspection and maintenance costs.

Fort George owner, the Department for Communities (DfC), revealed that work is underway to analyse the technical costs and discussions are still ongoing.

On completion the development would see the relocation of approximately 450 existing posts and add 250 new jobs.

The positions would include nursing, social work, allied health professional and administrative roles as well as the relocation of a number of GP surgeries.

The new centre would also enable both Trust and GP Medical Practices to expand and enhance local medical and social care service needs currently delivered from existing constricted and widely dispersed accommodation throughout the City.

Speaking after the announcement Dr Anne Kilgallen Chief Executive of the Western Trust said it is an important first step which will create new permanent health posts and temporary construction jobs during the building of the facility.

The announcement received a mixed response from political representatives in the city.

Sinn Féin MLA Karen Mullan welcomed the progress it will open up a prime development site in the city to help it reach its full potential.

While SDLP MLA Mark H Durkan said it would be foolish not to see the merit in a health hub at this time but believes Fort George ‘is not the most suitable location’ and could be deemed a ‘reduction in terms of ambition’. 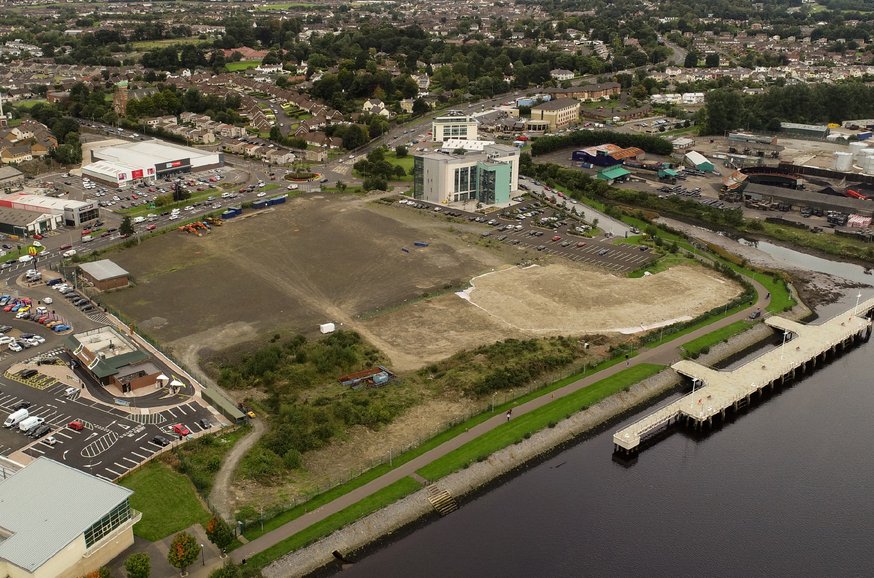 Fort George is a 15-acre site, a former army base and naval yard which had been in use since World War II.

The Ministry of Defence (MoD) vacated the site almost 20 years ago in 2001.

It was then acquired by the now dissolved Department for Social Development in 2004.

The MoD spent over £3m decontaminating the site which was polluted with heavy oils and diesels, as well as small amounts of heavy metals.

In 2007 Japanese knotweed, which can undermine foundations, was identified.

Remediation work to treat and manage the invasive weed commenced in 2012.

Follow-up treatment was deemed necessary again in 2016 and continued until 2018.

Significant sums of money have been spent carrying out that work.

Urban regeneration company, Ilex, was set-up in 2003 with the objective of developing Fort George and Ebrington.

Planning permission was sought for a mixed-use development including office blocks, residential space, as well as bars and restaurants in July 2012.

During the 2013 City of Culture year in Derry the site was used as a car park.

In June 2013 permission was granted for a four-storey office development for science and IT based businesses which would be named the North West Science Park.

The science park opened in September 2014 and remains the only building on the site.

An announcement was made in September 2015 that the mixed-use development project had been given the go-ahead but it never came to fruition.

In October 2015 it emerged that Ilex was to be wound up after an independent review found that it failed to secure private investment.

At the time, the late Martin McGuinness wanted the local council to assume responsibility for Ebrington but it remains under the control of The Executive Office (TEO) formerly The Office of the First Minister and Deputy First Minister (OFMDFM).

An application was submitted for the second phase of the NW Science Park in November 2016 which will be almost identical to the current building in size and shape.

It’s understood those plans have been held up because of strict planning legislation which takes into account a flood risk posed by Creggan Reservoirs.

Approval will not be granted until remedial works are carried out at the reservoirs.

Site owner, the Department for Communities (DfC), sought expressions of interest from private investors in September 2018.

In November 2019 local businessman Garvan O’Doherty proposed a major tourism project in the form of an international Maritime and Emigration Museum for the site.

In March 2020, the health hub business case was submitted for departmental consideration.

Yesterday, DfC confirmed that it has agreed to take plans for a health hub forward. 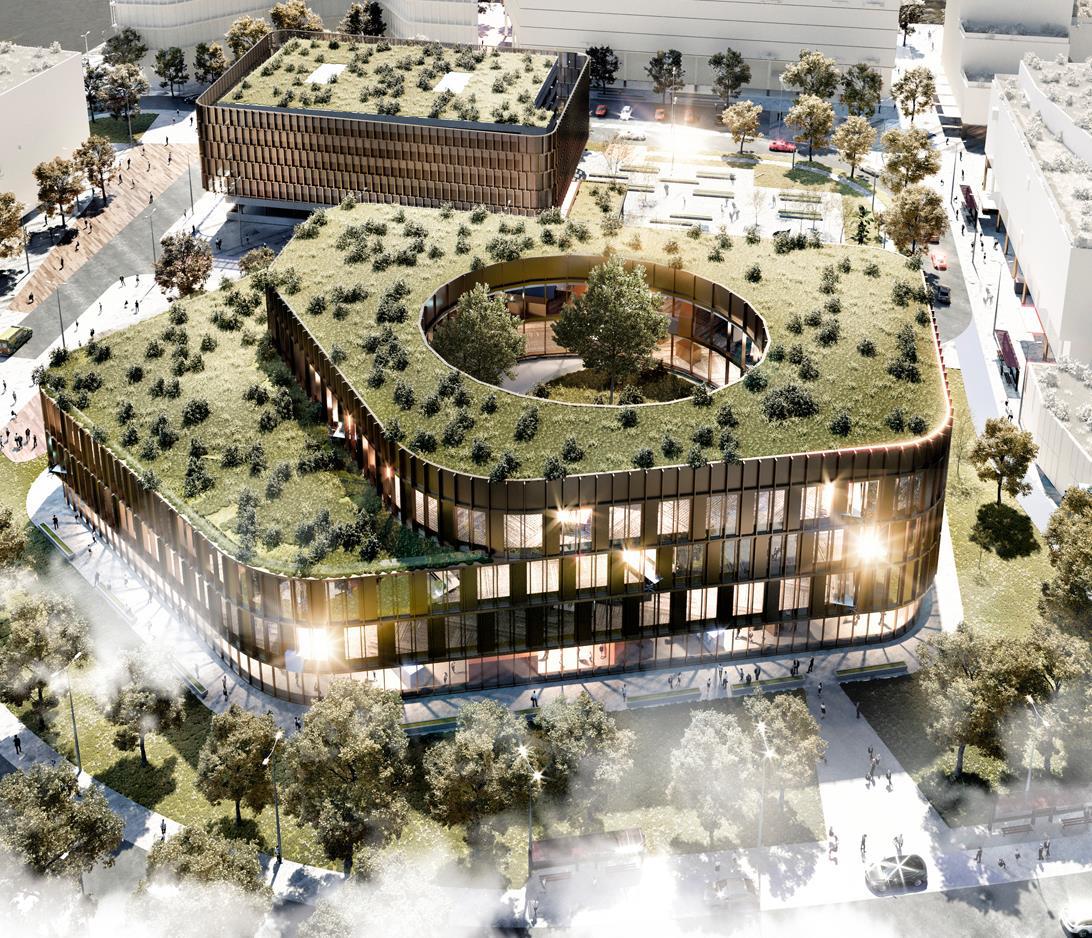