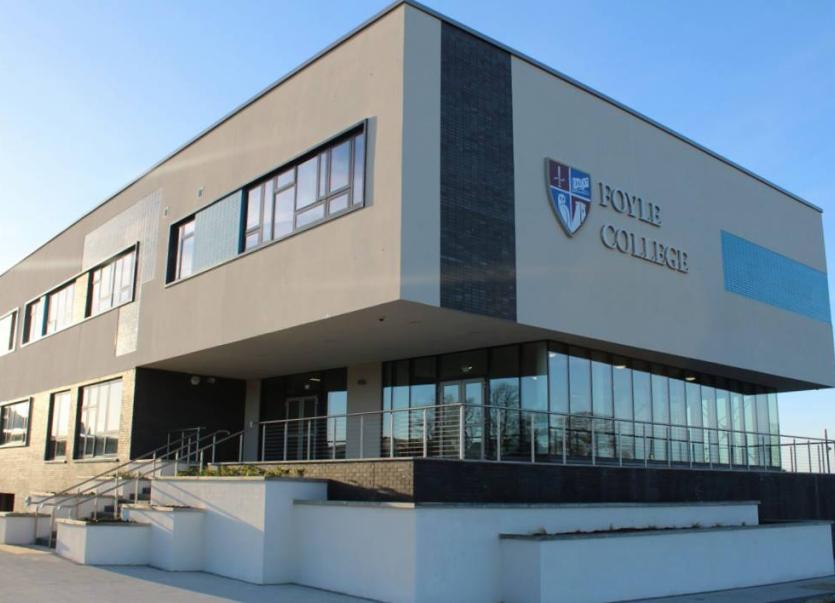 Foyle College has launched a fundraising appeal to help save the school’s Voluntary Grammar School status, the Derry News can reveal today.

In a letter seen by this paper, the school’s leaders say that a £821k in debt is owed to the Department of Education (DE) following its relocation to the Waterside area.

In 2018 the historic Derry school moved from its home on Duncreggan Road and Northland Road to its new ‘state of the art’ campus on Limavady Road.

The letter states that the DE ‘generously’ purchased the site and a building to meet their standards.

However, to allow pupils to attain the ‘first class’ academic, athletic and artistic standards it has set, the local College invested in additional facilities.

That includes a range of sports pitches, a rehearsal space for music, a bigger assembly hall for concerts, extra classrooms, widened corridors for ease of movement and a sixth form study hall.

These enhanced facilities came at a cost of £2.4m.

Around £1m of that cost was covered by a previous fundraiser while the school awaited the final figures for the sale of its former campuses.

Now, it has emerged that DE sold the original lands for £3.4m.

The department retained £2.8m of that for grants it previously awarded to the old school sites, according to the letter.

In correspondence with alumni and friends of the school, the College says DE’s figures are based on ‘clawing back’ money that has been spent on a school prior to its new build.

It reads: “Because the school has received grants from DE over the past 50 years to fund capital items at Springtown and Duncreggan, legislation provides that DE claw back a proportion of these grants against any sale proceeds from land owned by the school.”

The letter is signed by principal Patrick Allen, Chair of the Board of Governors (BOG) Gavin Killeen and Chair of the Former Pupil’s Association Donald Bigger.

They are asking friends of the school to help raise £821k by June 30 or it risks losing its Voluntary Grammar School status through being indebted to the DE.

The letter states: “DE has offered a package that would enable us to defer this sum, but that would involve the governors accepting terms and conditions that would threaten the Voluntary Grammar School status of Foyle College, with a concomitant loss of the very independence that allowed us to develop the new school to our own design.

“Rather than accept these conditions or saddle the school with a very long-term loan, the BOG has decided to relaunch the fundraising appeal to pay off the balance owing to DE.”

A Voluntary Grammar (VG) School is a post-primary school managed by a Board of Governors, which consists of persons appointed in line with each school’s scheme of management along with representatives of parents and teachers and, in most cases, members appointed by the DE.