‘The future of Foyle Port is an exciting one’ 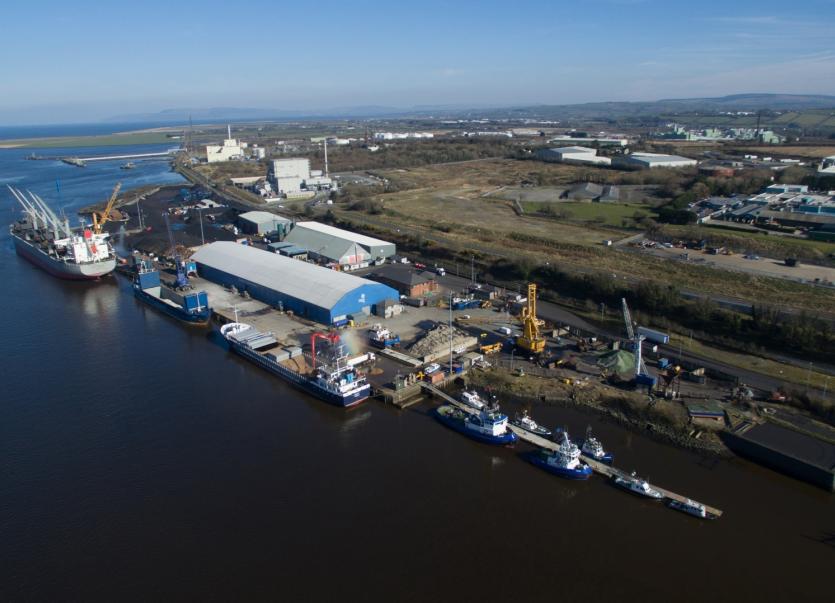 The NI Protocol has allowed Foyle Port to continue trading into its two largest markets and a potential UK-US trade deal could prove more advantageous for the North West.

That is the view of Foyle Port Chief Executive, Brian McGrath, who is looking at opportunities to expand business at the local port post-Brexit.

A move towards renewable energy and welcoming international cruise ships to the city are two areas being actively explored.

Mr McGrath said: “Our future will see the eventual decarbonisation of some of our traditional commodities.

“We will be developing renewable energy, data and innovation projects going forward. Our prime location allows us access to a significant power source and data connectivity.

“We have the land, infrastructure and access to create a green port for the future and develop an asset for the benefit of the entire North West of the island of Ireland.”

He added: “The port is set up in such a way that all its profits are reinvested, so we are simply custodians of something that has been around for a long time and will continue to be so for many years to come.

“Prior to the pandemic we had explored the potential of the international cruise industry in the North West and we expect to return to that in the near future as the tourism industry reopens.

“Our position in the North West, straddling the border of the UK and the EU, and looking outwards across the Atlantic, means we are ideally situated to maximise any benefits post-Brexit.

“We are also strategically placed to develop trade if the EU or UK strike a trade deal with the United States.” 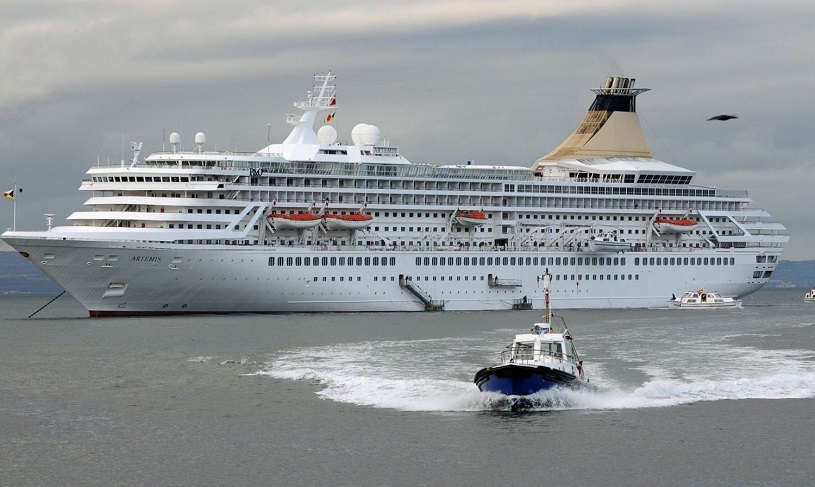 Foyle port is the key marine gateway to the NW of Ireland for both commerce and tourism and offers a diverse range of services including towage, dredging, engineering consultancy and steel fabrication.

The port supports in the region of 1,000 jobs and makes a vital contribution to the NW regional economy.

It is primarily a ‘bulk port’ and a major importer of oil, coal, animal feed, fertiliser and plywood - all essential commodities for the NW rural region.

By facilitating the import of essential agri-products the port supports around 20,000 farms in the NW and various local business sectors including the fuel/oil and construction industries.

Outlining the experience of the port since the introduction of the NI Protocol, Mr McGrath said: “Whereas other Ports in NI have roll on/roll off passenger ferry services and import goods and materials like food products and consumer goods, which are subject to new checks coming from Great Britain, Foyle Port deals primarily in bulk goods like animal feed, oil, coal, and other raw materials.

“Only 20% of our trade comes from GB and as such, our experience of the NI Protocol so far has been mostly smooth and positive.”

Addressing a recent Stormont meeting other Port chiefs indicated that trade has been flowing freely and it is ‘too early’ to determine the long-term impact of Brexit. 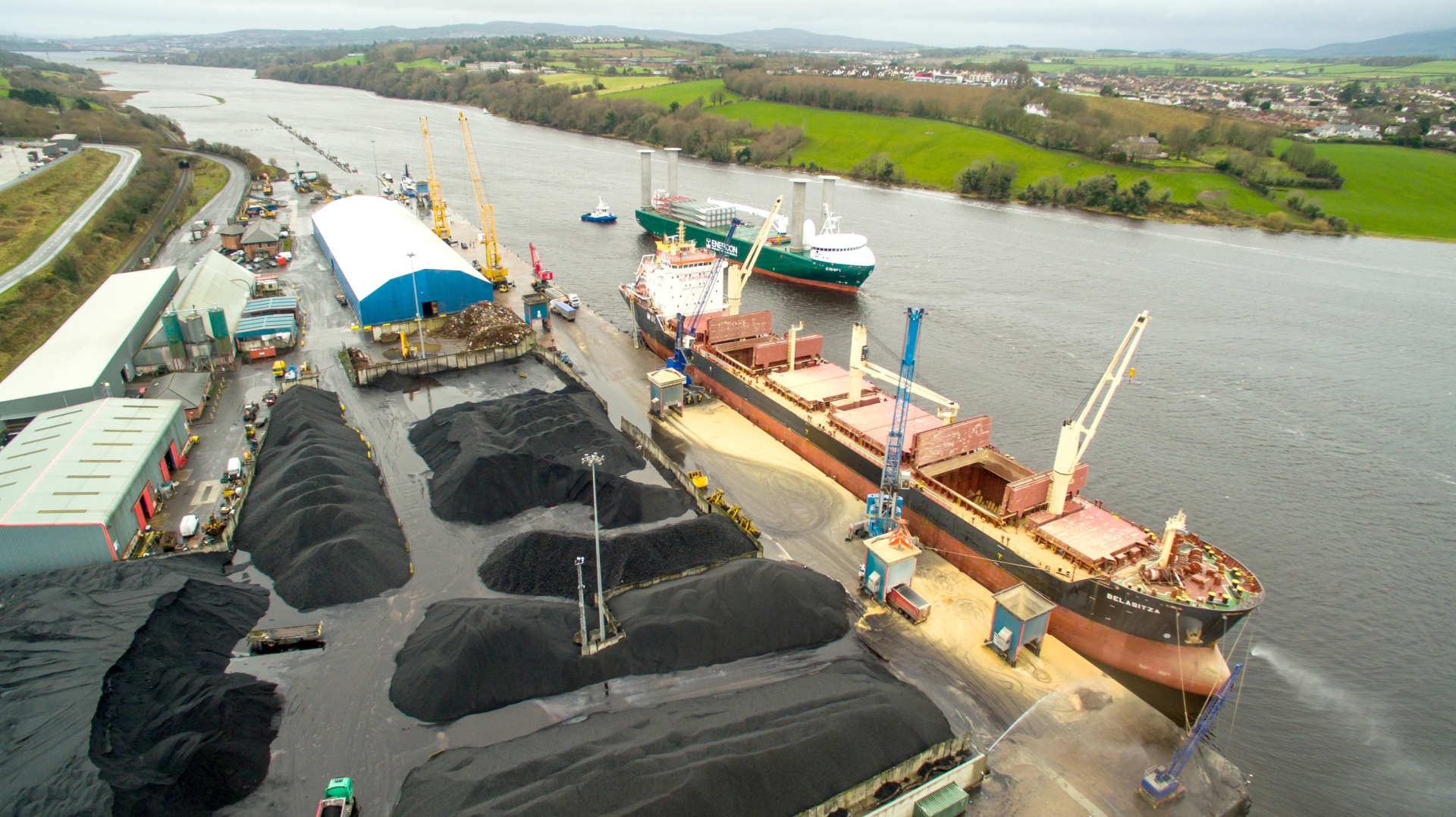 The NI protocol was agreed by the EU and UK after drawn-out negotiations.

It allows trade to flow freely North-South while keeping NI in the EU single market for goods.

However, it necessitates checks on some goods being shipped into the region from Great Britain.

The British Government’s failure to deliver unfettered access has resulted in demands for arrangements to be streamlined or scrapped.

The DUP, along with the backing of other unionist parties, have launched a legal bid to challenge the NI Protocol which they say is ‘unworkable’ and ‘drives a coach and horses through the Good Friday Agreement’.

Mr McGrath previously said that a no deal Brexit would have been ‘catastrophic’ for Foyle Port, resulting in the loss of up to 40 per cent of trade.

“The NI Protocol ensures we are able to trade into our two largest markets, the EU and the rest of the world,” he explained.

“The Chancellor’s freeport policy, one of the flagship post-EU Exit policies and part of the government’s levelling up agenda across the UK, also presents a serious opportunity for us.

“The Chancellor has pledged that at least one of the ten new freeports will be in Northern Ireland. “There are benefits, not just for us, but the entirety of Northern Ireland and we need to make sure that we are exploring all innovative ways in which we can grow and prosper.”