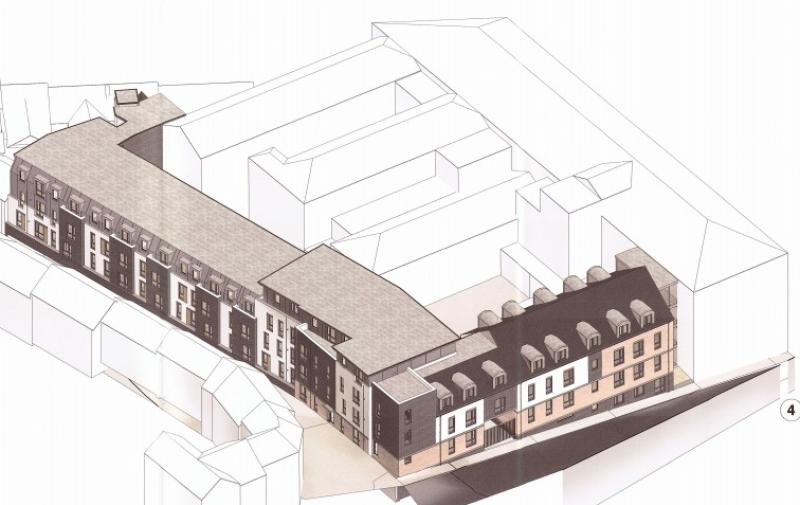 Full plans have been submitted for a new £5m apartment complex in Derry's city centre, it can be revealed today.

The proposed new building will be constructed next to Carlisle House on Carlisle Road which used to house shirt factory workers.

Derelict outbuildings that were once part of the factory would be demolished as part of the new plans.

If approved, the complex will incorporate 36 apartments and business space in buildings along Hawkin Street and Fountain Street.

It would also include change of use of existing floor space and alterations to shop front to provide pedestrian access off Carlisle Road. 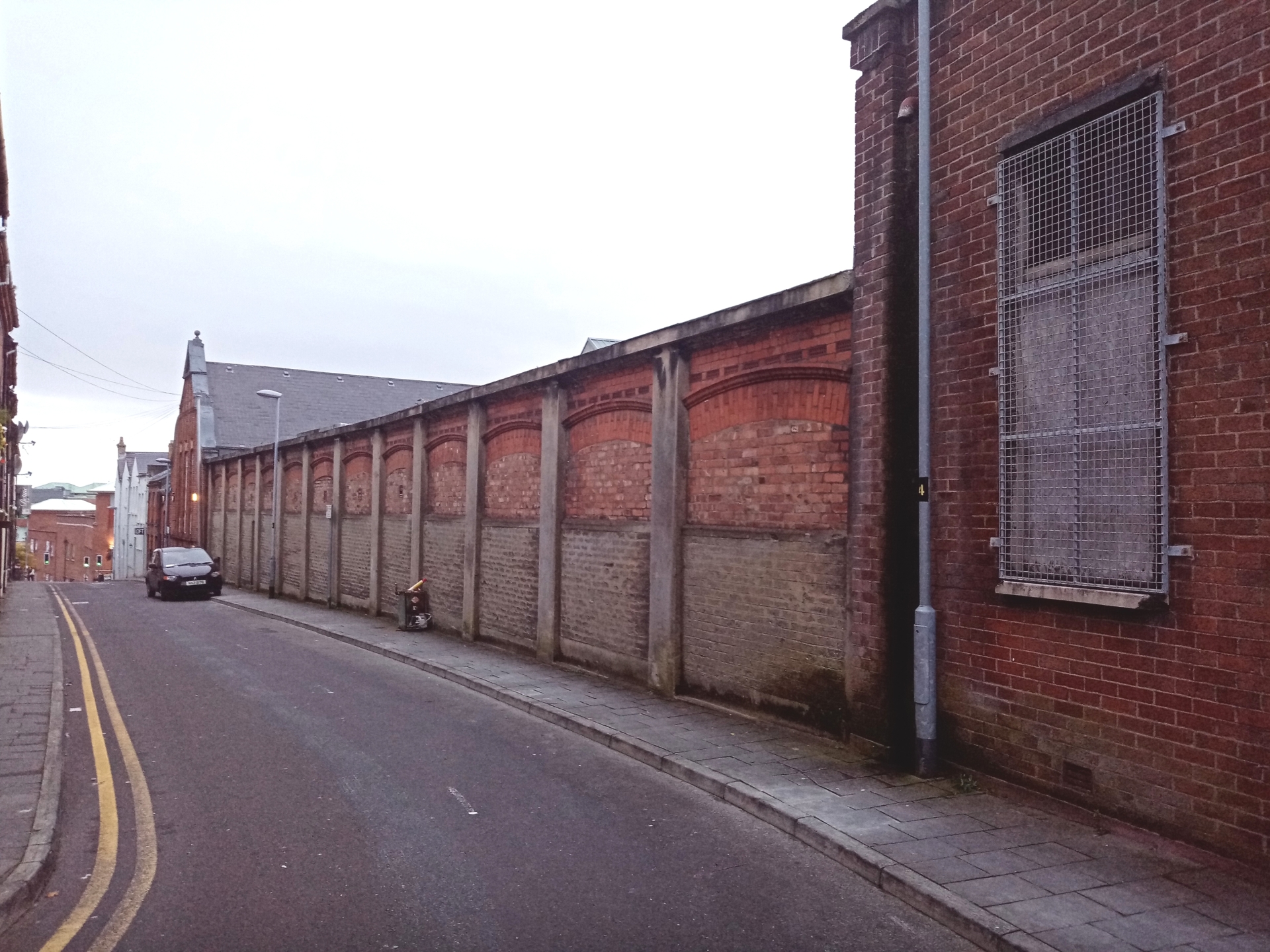 (Image: Buildings backing on to Hawkin Street will be demolished.  Carlisle Road and Foyleside in the distance.)

The applicant AP Properties Limited recently submitted the plans for construction of the mixed-use development on the site to Derry City & Strabane District Council.

They include a listed building consent application and a demolition planning application.

CIS estimates that the development will cost £5,067,037 – that calculation is based on a floor area of 1,324 metres squared in office space and a further 2,700 square metres in apartment accommodation.

However, a CIS spokesperson believes the overall cost is likely to exceed £5m once complete.

Derry was, for years, built upon the textile trade with factories dominating the cityscape.

A female workforce powered much of the industrial development in the city and produced some of the finest shirts in the world.

The Welch Margetson shirt factory was a substantial red brick building that was erected in 1872.

It was designed by an architect by the name of J G Ferguson who also designed Tillie & Henderson’s factory and was built by A. Mc Elwee of Derry, according to online records.

The Culture Northern Ireland website, run from the Nerve Centre in Derry, says the firm of Welch Margetson, founded in London in 1824, was by the 1840s looking for new sources of supply, due to growing demand for shirts in Britain.

The success of William Scott, who laid the foundations for the shirt factory industry in Derry, led Margetson to choose the city.

In 1847 they opened a warehouse in the Waterside. In this warehouse their shirts were cut and then supplied to workers to be made up at home.

In 1850 the firm moved to Foyle Street, where they continued to rely on the outworker system of shirt production.

“They adopted the factory system of work when, in 1876, they moved into larger premises, with a frontage of 210 feet, on Carlisle Road.

“Through its London warehouse, Welch Margetson distributed shirts all over the world.

“Their factory on Carlisle Road employed a workforce of 1,000, while work sent to outworkers gave constant employment to 3,000 girls in their homes,” said a spokesperson for Culture NI.