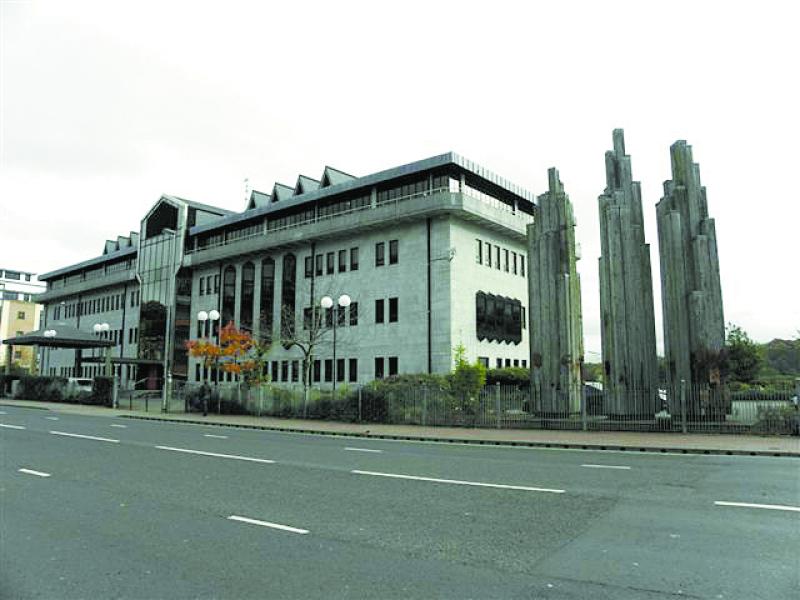 The potential relocation of Derry council’s headquarters from the Strand Road to Foyle Street will cost an estimated £25m.

Details of the long-mooted city centre move were revealed after the Derry News submitted a Freedom of Information (FOI) request to the local authority.

In its response Derry City & Strabane District Council (DCSDC) revealed a figure of £20m-£25m for a new civic office development.

The FOI query also sought clarification as to whether the Strand Road council building will be demolished or repurposed, what Ulster University (UU) would pay to take over the lands and whether it made financial sense to move one mile up the road.

According to DCSDC, the preferred option for the School of Medicine is a new, purpose-built teaching facility next to council offices on the Strand Road.

It’s envisaged that an ‘innovation campus’ will incorporate the current council headquarters.

The innovation campus would consist of other UU projects including a Cognitive Analytics Research Laboratory (CARL), Centre for Industrial Digitalisation, Robotics and Automation (CIDRA) and some elements of the Health Research Institute (THRIVE) project.

A council spokesperson said conversion of the current council offices remains a ‘potential option’ in respect of some of these projects.

She added: “The potential relocation of the Council Head Office is part of the wider vision for the redevelopment of the riverfront corridor running from Fort George to the Craigavon Bridge, with the expansion of the Magee Campus towards the riverside and city a core component of this vision.

“In order to enable this vision, it would be beneficial to relocate the council offices.

“The benefits of relocating the council offices to the proposed Foyle Street site, include the impact it would have in terms of regenerating Foyle Street to leverage investment from the private sector in the city centre.

“Furthermore the relocation of Council staff and potentially other workers to the city centre supports our vision to animate and rejuvenate the city centre with additional footfall.”

A decision will be dependent on confirmation from UU of its ‘preferred and intended’ location along the riverfront for its proposed medical school and innovation campus.

Other factors the council is taking into consideration are the scale, nature of the proposed development and its contribution to overall city and riverfront regeneration.

And on the affordability of additional council investment in relation to its collective capital commitments and ambitions, as well as other financial pressures - in particular those resulting from the impacts of the Covid-19 pandemic.

For years there has been widespread speculation about DCSDC moving to a city centre location.

In 2019 this move became more probable after the British government sourced City Deal and Inclusive Future Fund provided finances to build a Graduate Entry Medical School (below: an artist's impression of an expanded Magee campus along the riverfront). 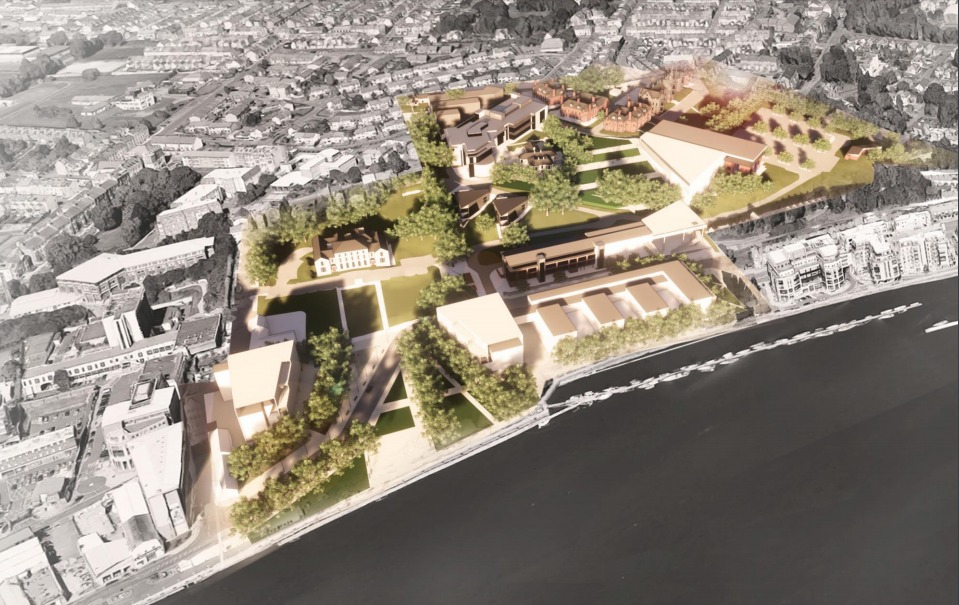 With match funding from Stormont, the total package at present sits at £210m.

The long-awaited medical school will open next September but a new building is expected to be a number of years away.

UU will receive £84m of funding already committed to cover the cost of all of its projects.

Additional funds will be allocated by the Department of Health and UU itself will contribute ten per cent, as evidenced in DCSDC documents.

It is a decision that doesn’t sit well with some local councillors who have voiced their opposition and said that guarantees must be in place to ensure that courses will not be transferred to other UU campuses.

As part of comprehensive plans for City Deal and Inclusive Future Fund monies the local council is considering a move to pave the way for UU to expand its campus along the riverfront.

However, neither of the funding pots mentioned will be used to bankroll the relocation project.

Acquisition of the lands will require payment to the council.

A spokesperson explained: “As a public authority, the transfer value will be determined through engagement with the Land & Property Services.

“The transfer value will not cover the costs of the move and additional investment will be required by Council.”

She added that the relocation of the current council headquarters site offers UU the opportunity to locate the medical school and some of the proposed innovation projects on a prominent and attractive riverside location with easy access to the city centre.

Furthermore, it offers the opportunity to enhance the Magee campus by creating a ‘signature entrance’ into the main campus.

“There will be other options available to the university including location of these projects within the existing Magee Campus.

“The location will be dependent on the development of the final business cases for these projects,” the council spokesperson concluded.