A further 201 cases of COVID-19 have been confirmed in Derry City and Strabane.

It is the highest daily total on record with overall positive cases now standing at 1,283 in the council area.

Across the country 934 positive cases were recorded in the past 24 hours.

That is more than double the previous highest total registered on Wednesday.

In the past seven days there have been 637 new cases in Derry City and Strabane. 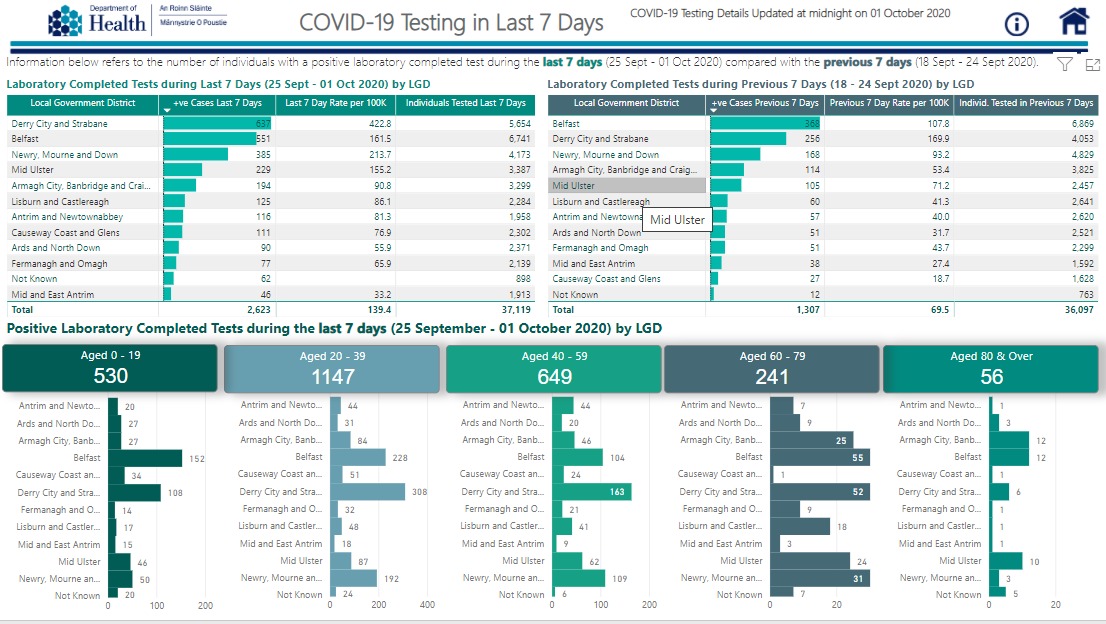 Those aged between 20-39 account for many of the positive cases locally in the past seven days (308).

A total of 30,095 people have been tested locally since the start of the pandemic.

After the local surge was discussed at a meeting of the Northern Ireland Executive, a raft of new measures were announced by First Minister Arlene Foster and Deputy First Minister Michelle O'Neill at a briefing in Stormont.

They will come into effect on Monday.

From next week, pubs, cafes, and restaurants in the local council area will only be allowed to offer takeaways or outdoor dining.

Hotels will only be allowed to provide services to their overnight guests and for wedding/funeral bookings.

All museums, galleries and cultural attractions will be closed.

Sports fixtures will be allowed to continued but spectators will be banned.

No organised indoor events will be allowed in community halls or other such venues.

People living in the local council area will be encouraged to work from home and to avoid unnecessary travel.

If people must travel, they are being urged not to use public transport.

People are also being asked not to visit the Derry and Strabane council area unless necessary.

The new restrictions will be in place for an initial period of two weeks, but Deputy First Minister Michelle O'Neill said they would be reviewed on a weekly basis.