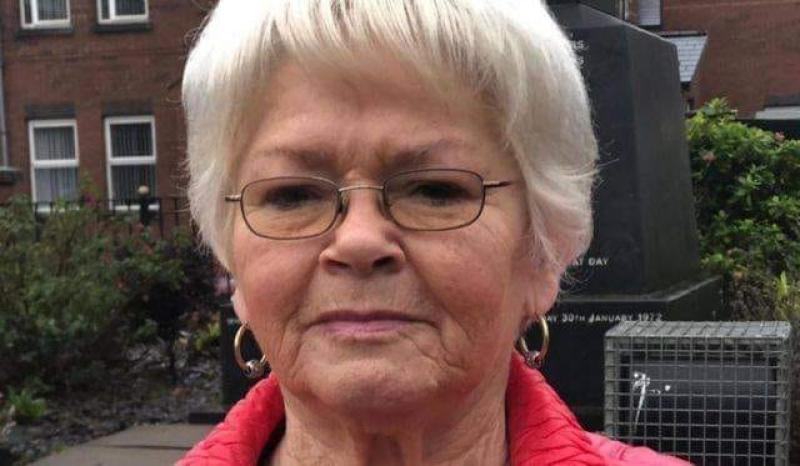 A Derry woman whose brother was killed on Bloody Sunday has vowed to pursue the soldier responsible through the courts by way of a judicial review.

Today, the PPS published the findings of its review into the decision not prosecute the soldiers responsible for the murders arising out of the events at Bloody Sunday in which Kate Nash’s brother William Nash was shot and killed, and her father Alexander Nash was shot and wounded.

Ms Nash has confirmed that she intends on challenging this decision on the premise that the PPS have failed to correctly apply the consideration of joint enterprise in circumstances in which it can be established that a number of soldiers were ‘at least collectively involved’ in the events that led to the death of her brother, William.

Furthermore, Ms Nash complained to the PPS that they had failed to properly consider all of the charges including the offence of Misconduct in Public Office.

The PPS have asked that Ms Nash now refer this charge to the PSNI for consideration.

Ms Nash commented: “It is deeply disappointing that after a further review and a further delay the correct decision has still not been reached.

“It is clear from the decision letter sent to me that the PPS have failed to consider the collective actions of the Soldiers, and instead, allowed each of them to act with impunity based on the fact they cannot be sure which one of the three fired the fatal shots.

“This is no excuse when all three acted as a joint enterprise in committing murder.

“It is now clear from the decision letter that the PSNI had failed to include misconduct within their original investigation and as such I have today asked my solicitor to write to the PSNI asking for this charge to be considered without delay, in light of the PPS comments.”

Evidence presented by the PPS was broken down into different sectors.

Sector 3 relates to events in the area of a rubble barricade that ran across Rossville Street.

The Bloody Sunday Inquiry was sure that Soldier P shot at least one of William Nash, John Young and Michael McDaid, although Soldier J may have been responsible for one of these casualties.

The Inquiry could not eliminate the possibility that now deceased, Soldier E, was responsible for another.

The Inquiry also found that it was possible that Soldier P or Soldier J shot and wounded Alexander Nash, but the PPS says there was insufficient evidence to make a finding against either soldier in that respect.

In respect of Soldier J, once his own inadmissible accounts were disregarded, there was no evidence

that he fired at the rubble barricade, the PPS states.

One soldier witness provided a statement in which he places Soldier J amongst a group of soldiers who were firing in a location that would appear to be Rossville Street.

However, the witness is unable to identity who within the group was actually firing.

This soldier also later heard Soldier J admitting to having fired on Bloody Sunday, but this admission did not detail where or when he fired and therefore could not be tied to the rubble barricade.

proving that Soldier J fired at the rubble barricade.

In these circumstances a decision was taken not to prosecute Soldier J.

In respect of Soldier P, once his own accounts were disregarded, there was some evidence of him

firing his weapon in the area of Rossville Street.

This evidence came from another soldier who has provided a statement to the PSNI.

However, the totality of the evidence available suggests that this soldier’s account of Soldier P firing at a person was fabricated and in fact related to an incident when Soldier P fired over the heads of a crowd of civilians to frighten them.

As such the PPS concluded that there was no reliable evidence available to prove that Soldier P fired at the rubble barricade and no reasonable prospect of conviction.

In these circumstances a decision was taken not to prosecute Soldier P.