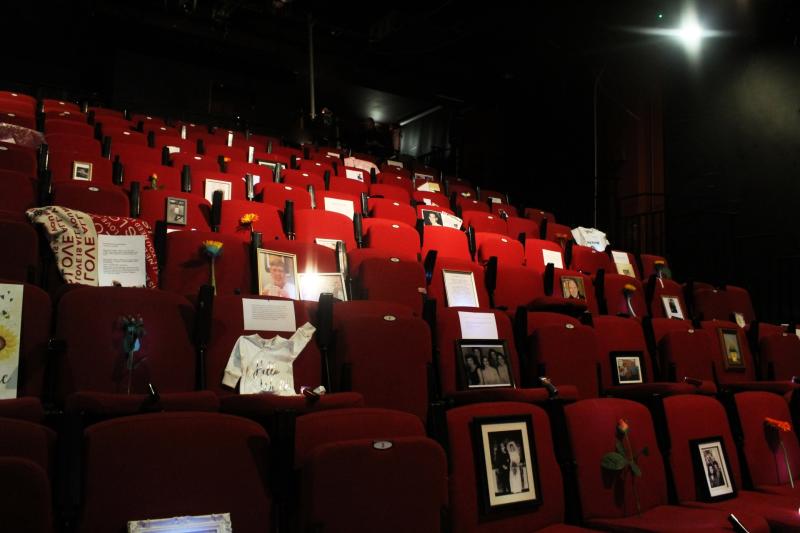 Personal belongings of loved ones who died during the Troubles

For many Derry people 1972 will be forever etched in their memories, it was a year that started with Bloody Sunday and ended with killings at the Top of the Hill bar.

It was the worst year of the Troubles which culminated in 480 deaths and close to 5,000 people injured.

Sadly, some Derry families were already in a state of grieving having lost loved ones to violence the year before.

Martin McGavigan was 11 years of age when his sister Annette (14) was shot dead during street disturbances in the Bogside on September 6, 1971.

The family have always maintained that it was a British soldier who fired the bullet while the state claims she was caught in crossfire between the British Army and IRA.

Annette is believed to be the first child killed in the Troubles and her family are still searching for answers.

The day she died, Martin was playing in the streets nearby, he recalled: “I’ll never forget that day, I remember it as if it was yesterday and I always will.

“As a young boy I was coming home from St Peter’s school and instead of coming home to hot dinners, we were coming home to find my mother at the hot press hugging Annette’s clothes and crying.

“We shouldn’t have had to do that and I’m sure there were other families going through the same.

“That will live with us and we’ll take it to our graves, you can never block those memories out.”

New play, Anything Can Happen 1972: Voices from the Heart of the Troubles by Damian Gorman is inspired by personal accounts of tragedy and survival.

It is part of Theatre of Witness, a form of performance that gives voice to those who have been marginalised, forgotten or are invisible in society.

The play will present extraordinary, and in some cases unheard personal stories about experiences of Northern Ireland in 1972.

It will be performed by the people involved themselves, telling their own stories.

When the house lights go down, the Playhouse’s red chairs will not be empty, despite the pandemic-induced empty theatre.

Instead, the seats will be filled with a series of deeply personal items, whose presence in the theatre will become a poignant extension of the stories and events unfolding onstage.

On one of those seats will sit a toy dragon (below) which Annette McGavigan made. 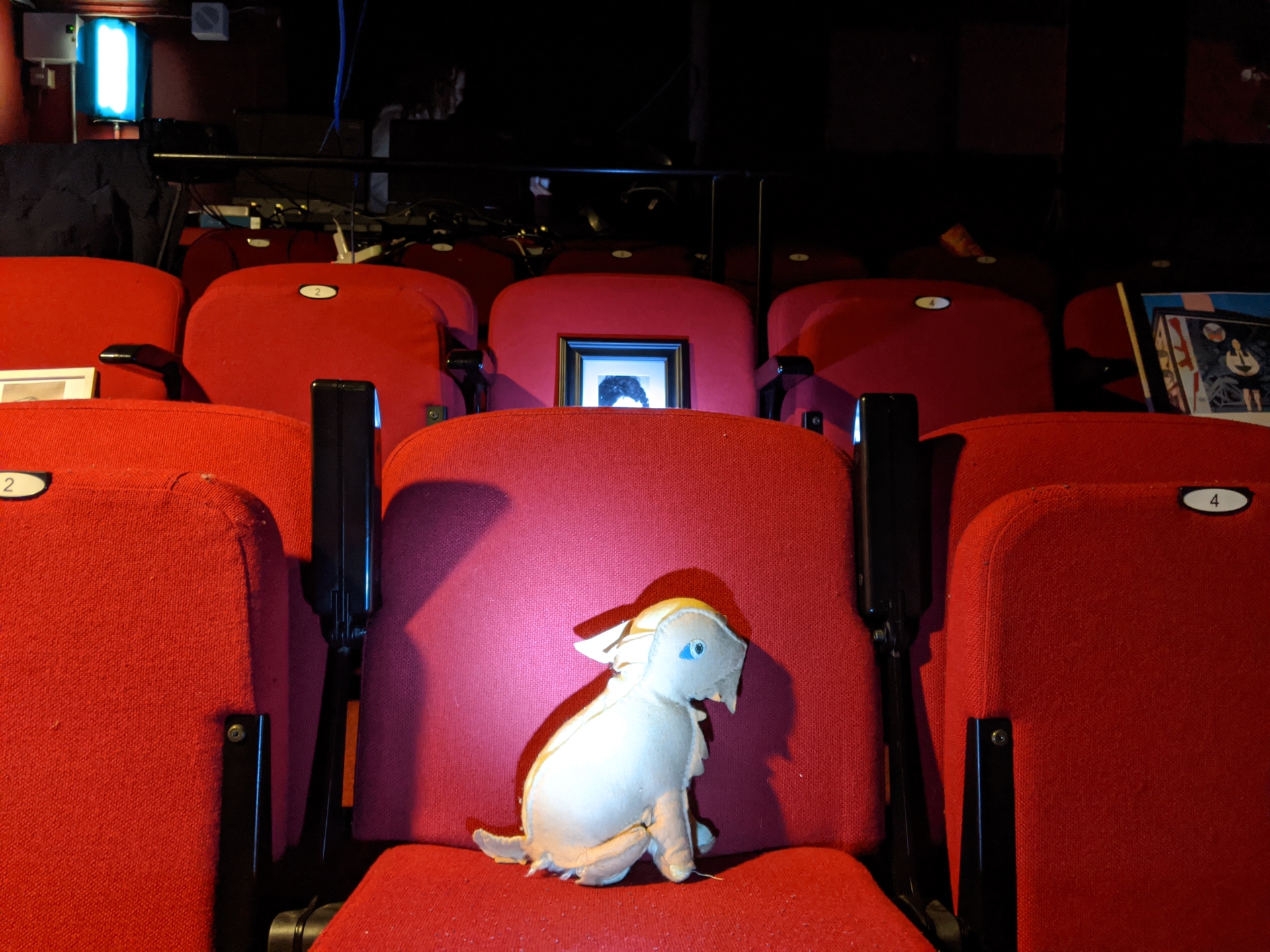 Martin explained: “Annette made the teddy bear so I decided to take that and a wee poem that she always sang, Jeannie’s Afraid of the Dark.

“When I looked around yesterday and seen the photos and personal belongings, it goes straight to the heart and is very moving.”

Resting on a seat nearby will be the dog tags of an ex-British Army soldier, Lee Lavis.

His experience serving in Northern Ireland reshaped his perspective of the role of state forces in the Troubles and ultimately led to his departure from the army 1996.

Full of youthful hubris, he arrived in Fermanagh as a teenager in April 1992 for a six-month tour ‘wary’ but unafraid as training had ‘hardwired’ the threat of the IRA and all nationalist people into his psyche.

Every minute of every day, he said, soldiers were on edge waiting for a bomb to go off, to step on a pressure point mine or for a sniper to take them out - particularly soldiers based on the border.

That threat remained even when soldiers were off duty.

In 1995, on his second tour in Newry, already disillusioned with the army and cross-training as a medic an invitation arrived from a local youth club.

Every year they went to a Celtic F.C. match for a weekend away and on this occasion the regiment was asked if they’d liked to send two soldiers along - a remarkable example of reaching across the divide.

“It was the first time ever I met members of the nationalist community in a situation where I wasn’t wearing a uniform and didn’t feel threatened.

“I was treated exceptionally well throughout that weekend,” he remembered with emotion in his voice, “they spoke to me on a very human level and for the first time ever I heard what it was like to be on the other side of the British Army.

“To be stopped 14 times while taking kids to school, the casual brutality of some soldiers, house searches, how a community felt when someone was killed, be them a member of the IRA or not and the rank ignorance of some soldiers just believing every member of this community was in the IRA.”

It proved to be an epiphanous encounter for him and humanised people he once viewed as the enemy.

Lee handed in his resignation notice a week later and left the army shortly thereafter.

He has since overcome personal struggles, including drug addiction and homelessness, and been on a continuous journey towards reconciliation by reaching out to people on all sides of the conflict.

Now, one of his best friends is Derry woman Fiona Gallagher (pictured together below).

Her brother Jim was an IRA member who was shot dead by a British soldier six days after being released from prison while travelling on a bus on the Strand Road next to Fort George.

“It’s a friendship not just centred on those experiences, it has transcended that and we now go to concerts together as we have a shared love of music and meet up regularly,” Lee added. 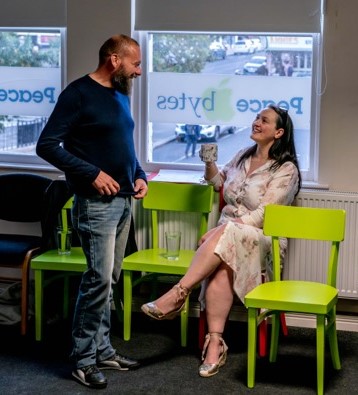 Cast member Susan Stanley will also bring her own item to the theatre.  Susan's teenage brother Paddy was killed in a bombing in Belturbet on 28 December 1972.

Susan has a treasured wooden box, filled with items belonging to or concerning her brother, which will be on stage with her during the performances.

Writer Damian Gorman said his first job was not to treat performers in the play as material.  “These people are not material for me, there’s six human beings with stories that are extraordinary in a lot of ways.”

To add light amongst the darkness, he came up with a character, ‘The Caretaker’ of The Playhouse, who wipes down the furniture after each of them say their piece because of the current pandemic.

“He has his own thoughts that this is really a bad idea and people should leave it all alone, that people are talking about things from the past when they shouldn’t,” Damian added.

Although a ‘blackness and fear’ descended over Northern Ireland at the time, with thousands of people on tablets for their nerves, simultaneously ‘there was life’.

“People who were 18 were still 18 and out chasing boys or girls at the Borderland dancehall or elsewhere, they were trying to be young and find ways of being young so I wanted to reflect that through humour and music.

“There was life as well as death.”

When asked whether it’s disappointing not to be playing to an audience, he said: “We won’t be doing it to an empty theatre, there will be a big audience online, but there’s also an audience in the theatre as these empty chairs will be occupied by people whose real presence is conjured up by their loved ones.

“The empty chair, as anybody whose lost somebody belonging to them knows, is a very potent, real symbol of loss.

“We talk about grief as being love that has nowhere to go, you can talk about a person but can’t put your arm around them, but this is a place where your loss can go, you can reserve a seat at The Playhouse and put a photo or item of someone you loved there.

“These Theatre of Witness performances were always full and it’s full again.  I was on the stage this morning and when you’re standing there is looks like the place is full.”

Anything Can Happen 1972 will be performed and broadcast live from the Playhouse from 16-19 September 2020 as part of The Playhouse’s PEACE IV Programme’s Theatre and Peacebuilding Academy. It will also be available to stream afterwards. All subsequent Playhouse productions will also be broadcast live, online, across the world.

All performances will be free to all via derryplayhouse.co.uk 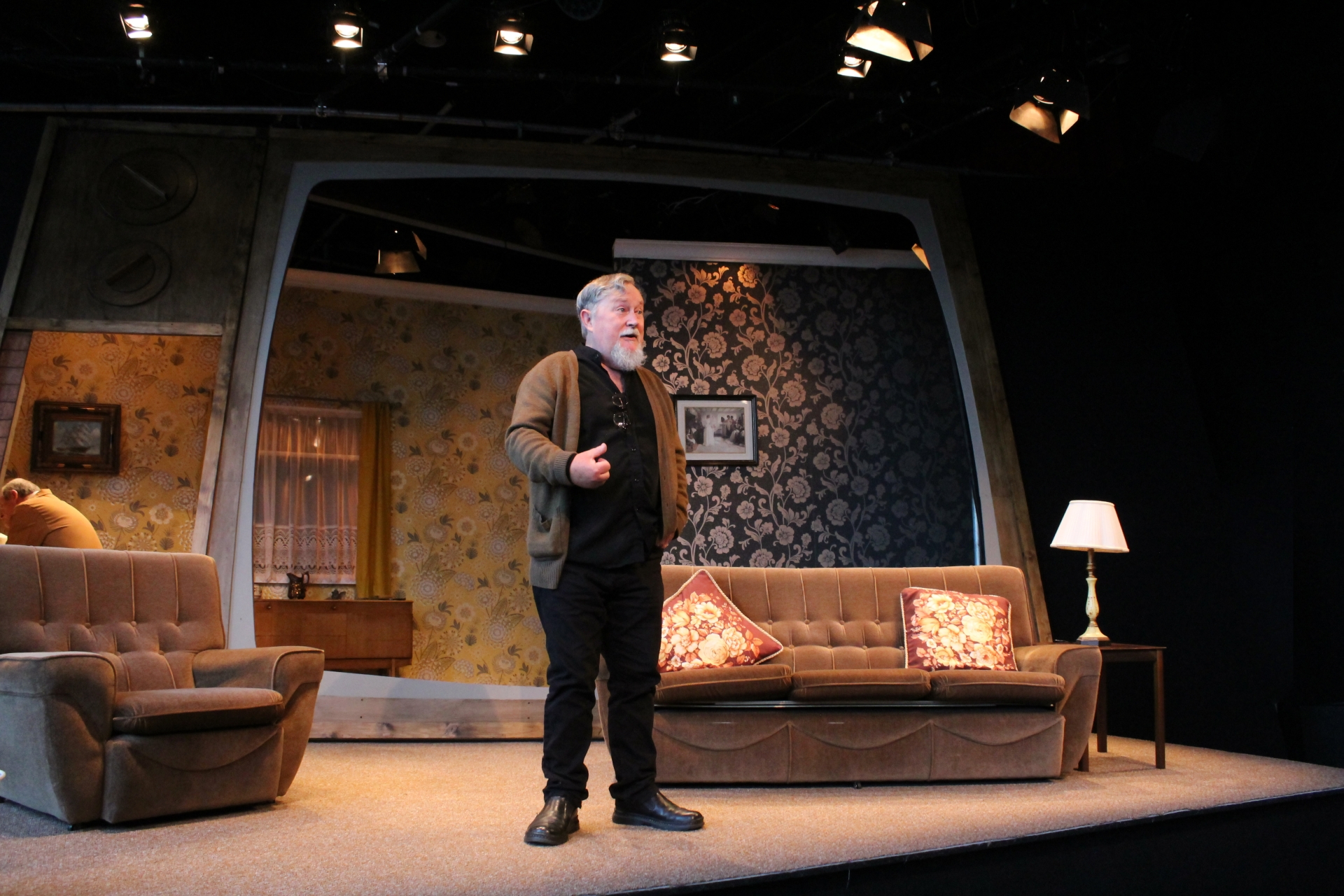 Photo: Bogside Artist Tom Kelly, one of the performers whose 15-year-old cousin, Manus Deery, was shot dead in 1972.