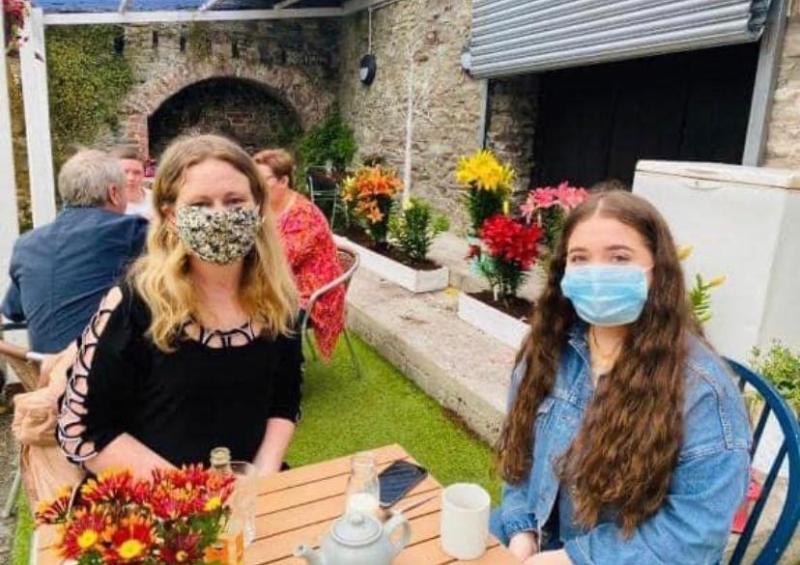 A Derry school girl is hoping to be elected to represent the Foyle constituency in the UK Youth Parliament.
Ellie Jo Taylor has just completed her GCSEs at St Cecilia's College but already has plans to pursue a career in politics.
The 16-year-old, who is the daughter of dissident republican Tony Taylor, said she grew up around politics.
"My parents are very political and even though they never discussed it with me directly you pick things up," she said.

Ellie Jo is also part of the North West Ministry of Youth Project, which is a youth council for the Derry City and Strabane District Council area.
Although the project members have been unable to meet in person since lockdown they have continued to work on creating a youth manifesto for the city and district using zoom video conferencing.
The group recently met with East Derry SDLP MLA Cara Hunter via zoom where they discussed her role in the Assembly.
Ellie Jo, who is the North West Ministry for Youth's Minister for Equality and Inclusion, said lockdown has allowed her the time to engage with politics at a local and national level.
"I have always been interested in politics but quarantine has given me the opportunity to get really into it," she explained.
"Through the Ministry for Youth I have met local councillors and MLAs and they have been very receptive to hearing our views.
"After getting involved in the campaign for a skate park in Derry I contacted three local councillors Eamonn McCann, Mary Durkan and Gary Donnelly and this has now been raised at council level.
"I also contacted Cara Hunter after learning that 'upskirting' (taking a picture under someone's skirt without permission) isn't a crime here and she has agreed to raise this at the Northern Ireland Assembly."
Ellie Jo recently met with Councillor Durkan to discuss youth issues and accompanied her delivering food boxes in the local area.
"I really look up to Mary Durkan because she is an amazing councillor and she carries out a lot of research about everything that she does," she said.

Ellie Jo now hopes to study law and politics at University before entering the world of politics.
Her fellow Ministry of Youth member Danny Walsh, 17, from Strabane is also hoping to be elected to the UK Youth Parliament.
"I love being involved with the Ministry of Youth because you feel you can get your voice heard," he said.
"Afterall we will be able to vote soon so councillors and politicians want to know what we think."
Barry Fennell, North West Ministry of Youth Project Manager, Co-operation Ireland commented: “It’s brilliant to see young people take the lead in shaping and developing their own youth manifesto for the area, their communities, their peers and themselves, especially during this difficult time.”