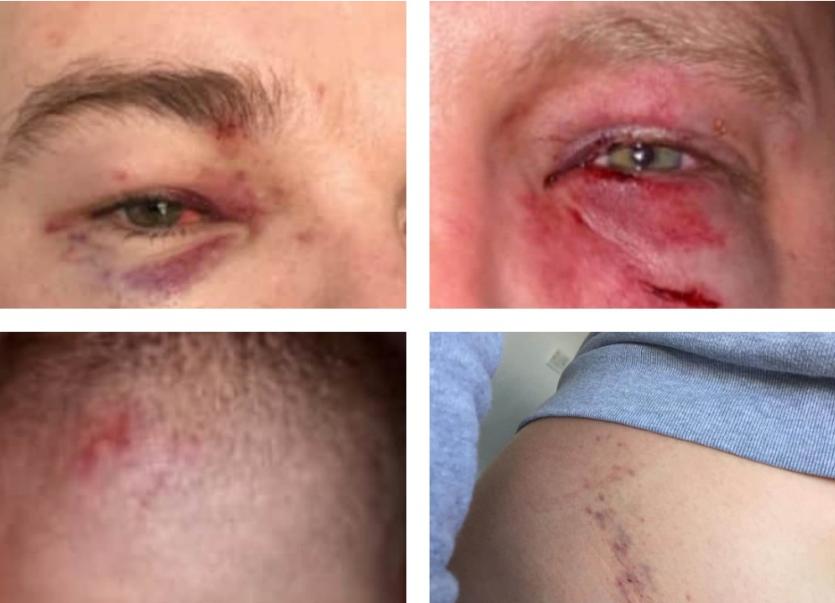 Photos of the injuries suffered by both men

Foyle Pride has appealed for anyone who witnessed a 'homophobic attack' in Derry at the weekend to come forward with information.

A post on the Foyle Pride Facebook page says a Derry man and his partner were attacked in and outside a Chinese takeaway in the early hours of Sunday morning during which they were subjected to a 'torrent of homophobic abuse'.

A spokesperson said: It is with sadness that Foyle Pride once again have to condemn a homophobic attack in Derry City Centre.

"The attack on a Derry man and his partner visiting from Liverpool for a weekend with family occurred in and outside of the Great Fortune Chinese takeaway at lower William Street at approximately 1.15am on Saturday night/Sunday morning.

"One of the men defending a female customer from a verbal assault was hit on the head and suffered injuries to the eye area as well as a broken nose. His partner who was waiting outside, entered the takeaway on hearing the homophobic language directed at his partner and he too was set upon. Dragged outside he was left on the ground with injuries to the head and body.

"As well as the physical attack the two men and a female friend were subjected to a torrent of homophobic abuse.
Foyle Pride would like to hear from anyone in the area who witnessed this vicious attack and may have any information. All information received will be treated with the strictest confidence.

"We wish them both a speedy recovery from this despicable attack on members of our community!"