Controversial motion to be discussed at Derry council 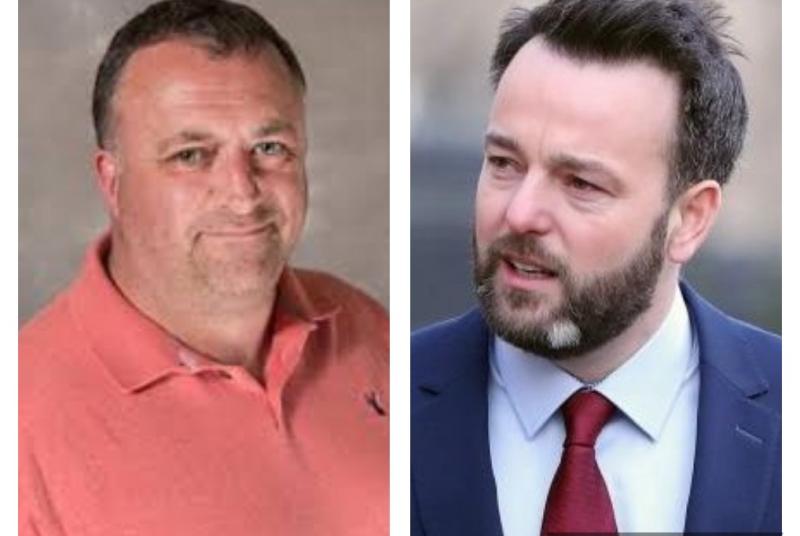 A local councillor will bring a motion before a meeting of Derry’s full council next week which opposes the extradition of a man found liable in a civil court for the 1998 Omagh bombing.

Independent Councillor Gary Donnelly, who will table the proposal, says it is not about the individual concerned but a matter of human rights and if it was ‘William Campbell’ from the Fountain or Shankill then he would still resist it.

A similar motion proved controversial when it was brought before a committee meeting at Omagh and Fermanagh Council by Independent Councillor Bernice Swift.

She proposed writing to the Irish government ‘in support of Irish citizen, Liam Campbell, against his extradition to Lithuania, to protect the fundamental human and civil rights of an Irish citizen against human rights abuse’.

It was supported by Sinn Féin, the SDLP and some independent councillors and passed with 23 voting in favour and 14 against.

UUP and DUP councillors said it was ‘deplorable’ that the motion was passed.

Families of Omagh bomb victims expressed anger and upset afterwards as Campbell is one of four men who have been found liable for the bombing in a civil court.

South East Fermanagh Foundation (SEFF) which represents victims and survivors in the area said families felt ‘betrayed’ that councillors would give such ‘credence and concern to the human rights of a commander of terrorism’.

Following the meeting, SDLP leader Colum Eastwood, said the party’s councillors would reverse their position when it comes before a full council meeting for ratification.

He said their decision to support the proposal had caused ‘immense hurt’ to the families of Omagh bomb victims.

Nobody has ever been convicted of the Omagh atrocity in a criminal court.

Thirty-one people, including unborn twins, were killed in the Real IRA bombing of the County Tyrone town in August 1998.

Following a judgement in the High Court in Dublin last month, an extradition order was made this week, July 13.

At Monday’s hearing he was granted 10 days leave to appeal the order.

Speaking to the Derry News yesterday Cllr Swift said she was ‘extremely disappointed that her proposal was ‘distorted’ as it was made ‘strictly on humanitarian grounds’ because Lithuania is ‘notorious for gross human rights violations’.

She says that to link the proposal to the Omagh bomb is ‘disgustingly shameful’ given that she supports all victim’s families quest for truth and justice.

Cllr Donnelly’s motion to be tabled at the July 23 meeting will read as follows: “Given concerns over Human Rights breaches.

“This council calls on the 26 county administration to do all in its power to reverse its decision to extradite Liam Campbell to Lithuania.”

Addressing the fallout from the Omagh meeting, Cllr Donnelly said: “It’s disappointing that the SDLP seem to have an à la carte attitude to who deserves human rights.

“Colum Eastwood ordered his councillors not to support it and that was done in my view for political expedience in order to maintain the soft unionist vote that he requires and it’s wrong.

“Those councillors got it initially and realised that it was about human rights, about the discredited system in Lithuania, a system that has been condemned by the United Nations Committee Against Torture.

“There were mass arrests last year including very senior judges and there’s a serious issue with a large percentage of the Lithuanian population who distrust the judicial system.”

He added: “It’s also the fact that it’s gone on twelve years, this is the third extradition attempt.

“His brother, Michael, was in prison there where he spent six years.

“He was visited by a number of TD’s including Maureen O’Sullivan and Martin Ferris from Sinn Féin and Éamon Ó Cuív from Fianna Fáil who seen first-hand the conditions he was in.

“He was then acquitted after a number of years when the judge said there was no evidence against him.

“And Liam Campbell has never set foot in Lithuania.

“The whole thing is rotten and needs to be opposed from a human rights point of view.

“This is not about Liam Campbell, if this was William Campbell from the Shankill or the Fountain then it should be opposed too.”

Commenting on the upcoming motion Colum Eastwood MP said: “Councillors made the wrong decision in a committee of Fermanagh and Omagh district Council, they immediately apologised and will vote against the motion when it comes before full council.

“Councillors in Derry and Strabane will do the right thing.  They will vote against this motion, across the North the SDLP will not aid in any effort to assist this man avoid justice.”