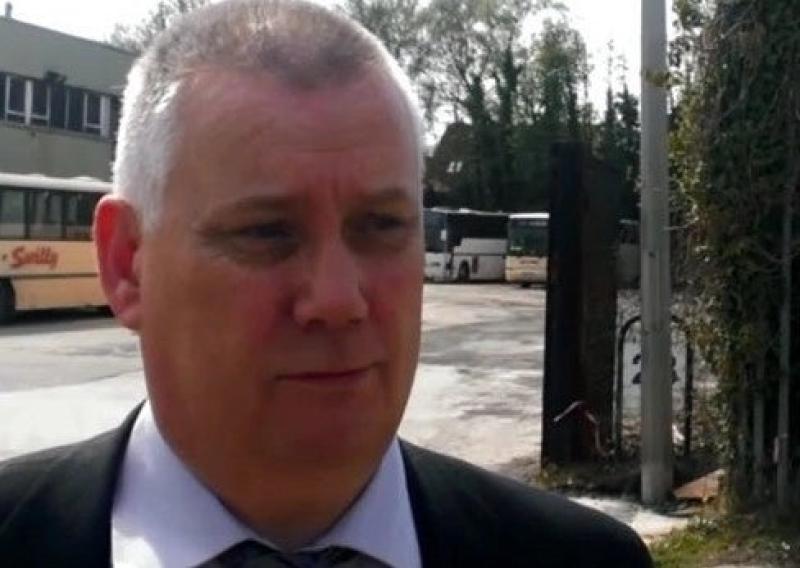 A priest this week told those gathered at the funeral of well-respected Derry trade unionist, Philip Oakes, that he was a loving family man and ‘champion’ of workers’ rights.

He was the beloved husband of Teresa, loving father of Melissa, Kellie-Joanne, a much-loved grandfather of Bobby and Olly.

Father-in-law of Bobby and Lee, dear son of Bridie and the late Jim Oakes, dear brother of Andrew and Zandra.

Phil, as he was more commonly known, was a prominent figure in local employment circles through his work for many years with Unite the Union who ‘stood apart for his humour, his diligence and his willingness to help workers whatever problem they were facing’.

He had also organised for his union to sponsor local youth football team Foyle Harps.

Phil’s Requiem Mass was held at Our Lady of Lourdes Church in Steelstown on June 3.

Father Michael McGaughey of Pennyburn Parish said it was a blessing that Phil’s wife Teresa was allowed to be with him at his time of passing when Lady of Knock was playing in the background.

He was described as a man who valued the gift of life and helping others; that his ‘influence was strong in the lives of many’.

“Phil Oakes was a man who trusted in the wisdom and love of God and reflected that love and wisdom in his own life,” Father McGaughey said.

He and Teresa met as young teens at school and had a life ‘blessings and no doubt challenges, a life of joy and love’.

Phil loved his family, he had great respect for his mother and was a devoted husband, father and grandfather – ‘a man so proud of his young girls who cherished photos and good memories’.

Father McGaughey added: “Phil Oakes was a champion of workers’ rights and a strong advocate for everything close to this city.”

He supported charities and community organisations and was a ‘good friend’ of Foyle Harps football club.

As well as football he was a supporter of darts, even when he was struggling with his health he would go to Phoenix Darts Club to watch his friends play.

One friend summed him up when he said ‘big Phil had a big heart’, Father McGaughey told mourners.

Mr Oakes was Regional Officer at Unite the Union in the North West.

He was a lifelong union member serving as a shop steward before becoming a Union Official formally with AMACUS and then with Unite since the merger.

Paying tribute to Phil, Regional Officer at Unite Liam Gallagher, praised him as a man of the ‘highest integrity’ who was particularly active in highlighting the lack of manufacturing jobs in the North West.

He went on to say: “He was never afraid to confront bad employers and was outspoken in defence of union members.

“Philip will be remembered for the help he gave thousands of members and he was also respected by many employers who recognised his honesty and plain speaking no nonsense approach to negotiations.

“Philip will be sadly missed by his colleagues and North West members in particular.

“The biggest loss will be to his wife Teresa and his loving family.”

Jackie Pollock, Regional Secretary of Unite, added: “Philip worked on as long as his health would allow and continued to offer advice and support even when confined to his home.

“Unite have lost a big personality, many have lost a good and dear friend and the trade union movement in Ireland is a lesser place without him.

“Philip’s contributions to the trade union movement and Unite were multiple and varied and will stand the test of time.

“He will be sorely missed by the trade union movement in Ireland, in particular that in the North West, as a colleague, leader and friend.

“He will live long in our memories and we take inspiration from his work to organise and represent our class.”