Taking to Twitter the Sinn Féin Vice-President said: "Delighted that the Executive has agreed to match fund Derry & Strabane City Deal/Inclusive Future Fund of £210 million transformative for Derry and the NW & goes some way to redress decades of underinvestment after years of hard work by political, community & business leaders."

In a statement to the Derry News over the weekend Derry City & Strabane District Council said that ‘all project proposals’ have been submitted to the government at this stage.

It is a year since it was announced that the Derry region will receive £105 million from the UK Government.

The package - £50 million for the Derry and Strabane City Deal and £55m for the new Inclusive Future Fund - aims to boost the economic potential of the city and wider region.  It has now been matched by the NI government bringing the overall total to £210m.

The Minister said the North West deal is ‘still being worked on’ and she ‘hopes Heads of Terms will be signed off in May or June’.  She added that ‘significant work has gone into it’.

Heads of Terms is a document which sets out the terms of a commercial transaction agreed in principle between parties in the course of negotiations.

In November of last year the local council stated that this document would be signed-off within weeks.

Once it is signed, work will progress on the preparation of a portfolio of outline business cases for the full range of projects, a process expected to take 12-18 months.

Alongside this, confirmation is needed of required revenue funding to support capital investment, in particular in relation to the proposed Graduate Entry Medical School.

A spokesperson for the local council said it is continuing to engage with partners and stakeholders to progress with a pathway and timeline for bringing forward the City Deal to the next stage.

All project proposals have been submitted to government at this stage and Council continues to work with Government to advance with the signing of the Heads of Terms.

She added: “Much has already been achieved in terms of the scaling and prioritisation of projects, the proposed governance structures and the processes and timelines involved since the initial City Deal funding announcement.

“Discussions in relation to Northern Ireland Government ‘match funding’ to the UK Government £55m Future Fund element of the funding package are continuing.”

In terms of the Graduate Medical School and the much-needed expansion of the Ulster University Magee Campus, the council spokesperson said that these are ‘key catalyst regeneration projects’.

They have been described as critical to achieving growth and prosperity for Derry and the wider North West City region.

“The Mayor last week led calls for the immediate sign off on the approval and long-term commitment of funding for the Graduate Entry Medical School at Ulster University’s Magee campus.

“The project has cross party support and there is widespread acknowledgement that it is a hugely important project for the city and wider North West region.

“Derry City and Strabane District Council has voted unanimously on a number of occasions in support of the project, acknowledging its significance to the North West and to Northern Ireland as a whole.

“The development of the Medical School and the expansion of Magee are intrinsically linked and will contribute to the overall growth of the City Region alongside the City Deal proposals.”

Meanwhile, the Department of Finance voiced its support for the establishment of a medical school in Derry saying it is one of the priorities of the restored Executive in New Decade, New Approach.

Finance Minister, Conor Murphy hosted a meeting with representatives of the North West on April 30 to discuss the Magee Medical School, City Deals and the Inclusive Future Fund.

Following the meeting, the Minister said: "Today’s meeting was a continuation of positive engagement I’ve had over recent months with the North West. I’ve already expressed my support for the City Deal & Inclusive Future Fund which will be discussed at the Executive." 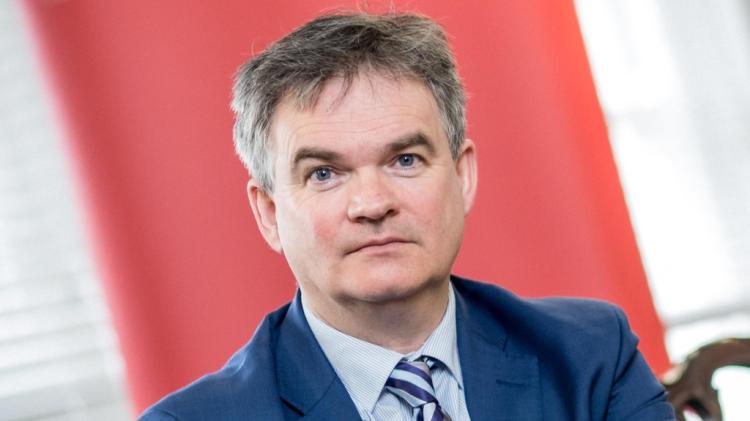