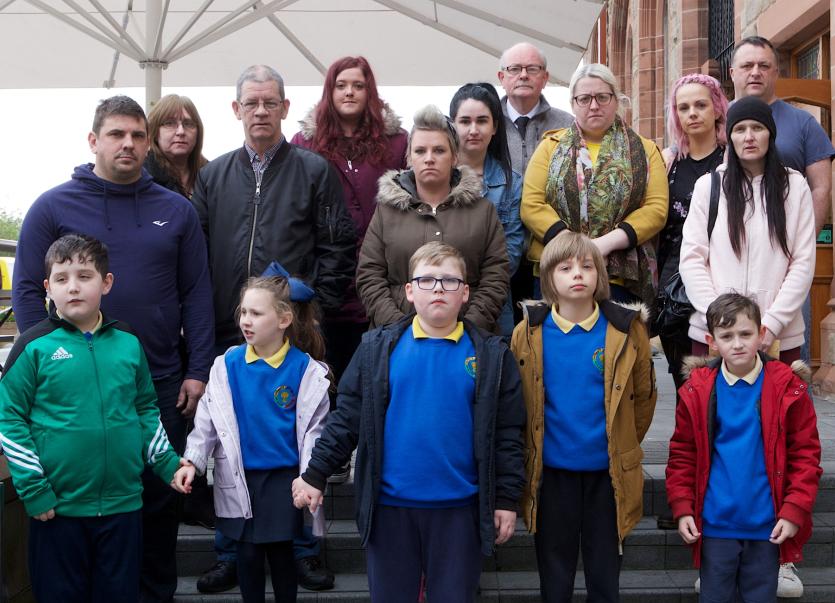 The Department of Education has not yet decided whether a 150-years-old Derry school will remain closed forever.

The school has been a part of the local community for over 150 years.  It attained Integrated status in 2006 and is the only Integrated school on the West Bank of the city.

A final decision regarding its closure was expected to be made by the department and new Education Minister Peter Weir at the beginning of this year.

Now, in a statement to the Derry News a spokesperson for the Department of Education said: “As a result of the COVID-19 emergency situation Area Planning activity has largely been paused, with available resources deployed in support of the Department’s emergency response to COVID-19.

“The school will be advised as soon as any decision has been made, however an exact timeframe for a decision cannot be given at this time.”

Following that decision numerous parents took the decision to transfer their children to other schools which was reflected in enrolment figures of just 17 for the 2019/20 school year.

One parent, Diana McLaughlin, previously told the Derry News that uncertainty surrounding the school’s future and looming transfer tests meant she had to take the ‘difficult decision’ to move her

The EA proposed closing Groarty Integrated Primary School, situated on the Coshquin Road, at the end of August 2020.

Parents were ‘devastated’ when first informed of the plans on April 4, 2019.

Schoolchildren from the school then hand delivered letters to then education chief, Derek Baker, when he visited Derry’s Guildhall imploring him to reconsider.

A consultation received 18 objections from amongst others the Board of Governors, staff, parents, a local resident and the Northern Ireland Council for Integrated Education.

Points include the fact it is the only integrated primary school in the cityside and considerable distance to the other one, Oakgrove IPS, in the waterside.

It caters for children with special needs and has a strong shared educational programme with Gaelscoil na Daróige.

The case was also made that housing developments are planned for the area which could improve numbers.

However, the EA says that other schools close to Groarty, such as Irish Medium School Gaelscoil na Daróige and Catholic Maintained Schools St Eithne’s and Holy Family have many unfilled places.

The EA argues that the school ‘does not operate within its in-year budget’, the school’s enrolment falls ‘well short’ of the Sustainable Schools Policy criteria for primary schools, set at 105 pupils for a rural school and 140 pupils for an urban school.

And says in addition there are more than two year groups within a classroom as the school operates as a three teacher school.