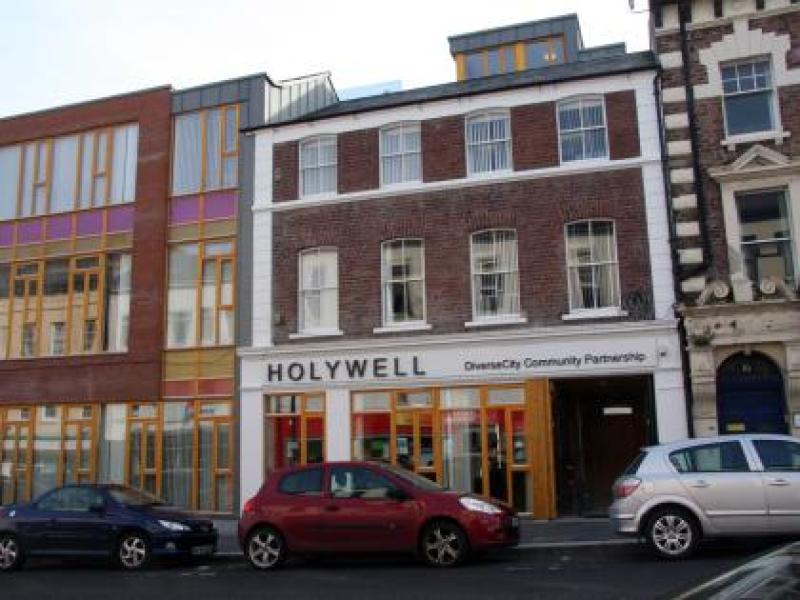 The Department of Health has refused to meet the cost of Derry’s crisis intervention service following a request from the local council.

The Community Crisis Intervention Service (CCIS) is believed to have saved lives in its pilot year, helping over 100 people in varying degrees of crisis, including those at risk of suicide or self-harm.

It provides a “safe space” for those in crisis from 8pm on Thursdays until 8am on Sundays when many other services are not operational, and is run by Extern NI from the Holywell Building on Bishop Street.

Service Co-ordinator, Joe Thompson, wholeheartedly believes it has been life-saving in that time.

It was granted bridge funding to run until the end of March, however, additional funds have been requested to run an enhanced service moving forward.

In recent weeks local councillors unanimously approved a recommendation that the Department of Health (DoH) now fully fund the service.

However, in a statement to the Derry News, a DoH spokesperson said: “Minister Swann has approved £27k allocation to this Council-led service to allow bridge funding for the project to continue until the end of March.

“With regard to funding in 2020/21 - there is a role for many Agencies in provision of this type of service. It is not solely a Health issue.

“Funding is not available for DoH to meet the £215k cost of this service in the coming year.  The Council may therefore wish to convene a multi-agency meeting to discuss potential funding options for 2020/21.”

A spokesperson for Derry City and Strabane District Council had previously confirmed that earlier this month members of DC&SDC’s Health and Community Committee were confidentially presented with the findings of an evaluation report into the CCIS led by the Ulster University.

“Having considered all the options regarding the continuation of the CCIS, and the findings of the report, members were advised that project partners recommend that the service should continue for a further two-year period with service improvements incorporated.

“The Committee unanimously approved the recommendation to request that the Department of Health now fully fund and procure a Community Crisis Intervention Service for Derry City and Strabane District Council area.  A letter has been issued to the department detailing these recommendations and Council is currently awaiting a response.”

“Going forward it needs to be principally funded by the Executive as it has made pledges in the New Decade New Approach document around mental health and suicide prevention.

“They need to put their money where their mouth is, that is not to let council completely off the hook, it has a duty also, but responsibility primarily lies with the Executive and Department of Health.

“It’s important that staff and service users are given certainty as soon as possible.”