A photographic exhibition depicting the degrading living conditions of Derry's Traveller community in the 1960s, opened on Monday. 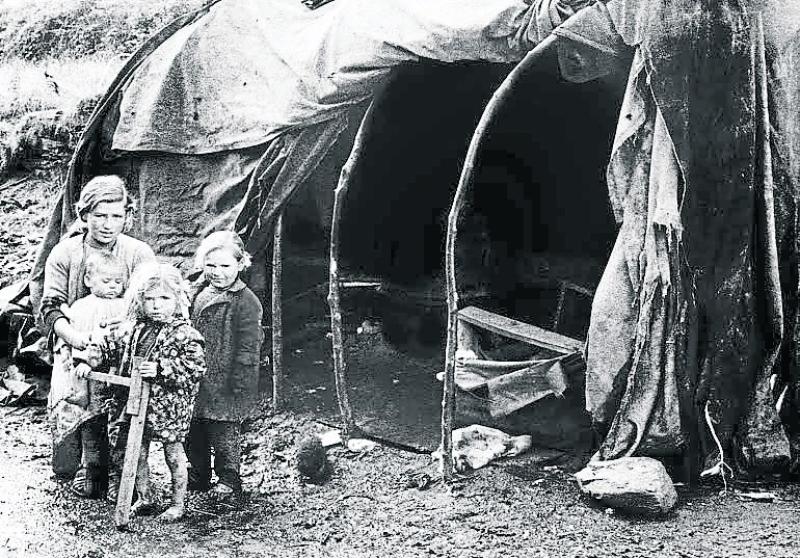 One of the photographs from Eamon Melaugh's 'Abandonment' exhibition which opens today at the Eden Arts Centre in Pilots Row.

A photographic exhibition depicting the degrading living conditions of Derry's Traveller community in the 1960s, opened in the city on Monday.

'Abandonment' by Eamon Melaugh will open today at the Eden Place Arts Centre in Pilots Row on Rossville Street.

Speaking ahead of the opening of the exhibition, which will run until Friday, February 28, Eamon said: “My photographic exhibition of the Derry traveller community in the 1960s shows in graphic detail the degrading living conditions, in which fellow human beings survived in.

“I became aware that a traveller couple were to be married in St. Patrick’s Church in Pennyburn, so I decided, uninvited, to photograph the wedding.

“On the day in question, the wedding was cancelled and several days later I presented myself at the campsite in Ballyarnet where the traveller community lived and I was truly appalled that human beings were living in abject squalor.”

The exhibition can be viewed daily from 10am to 6pm, from Monday to Friday at the Pilot's Row centre.